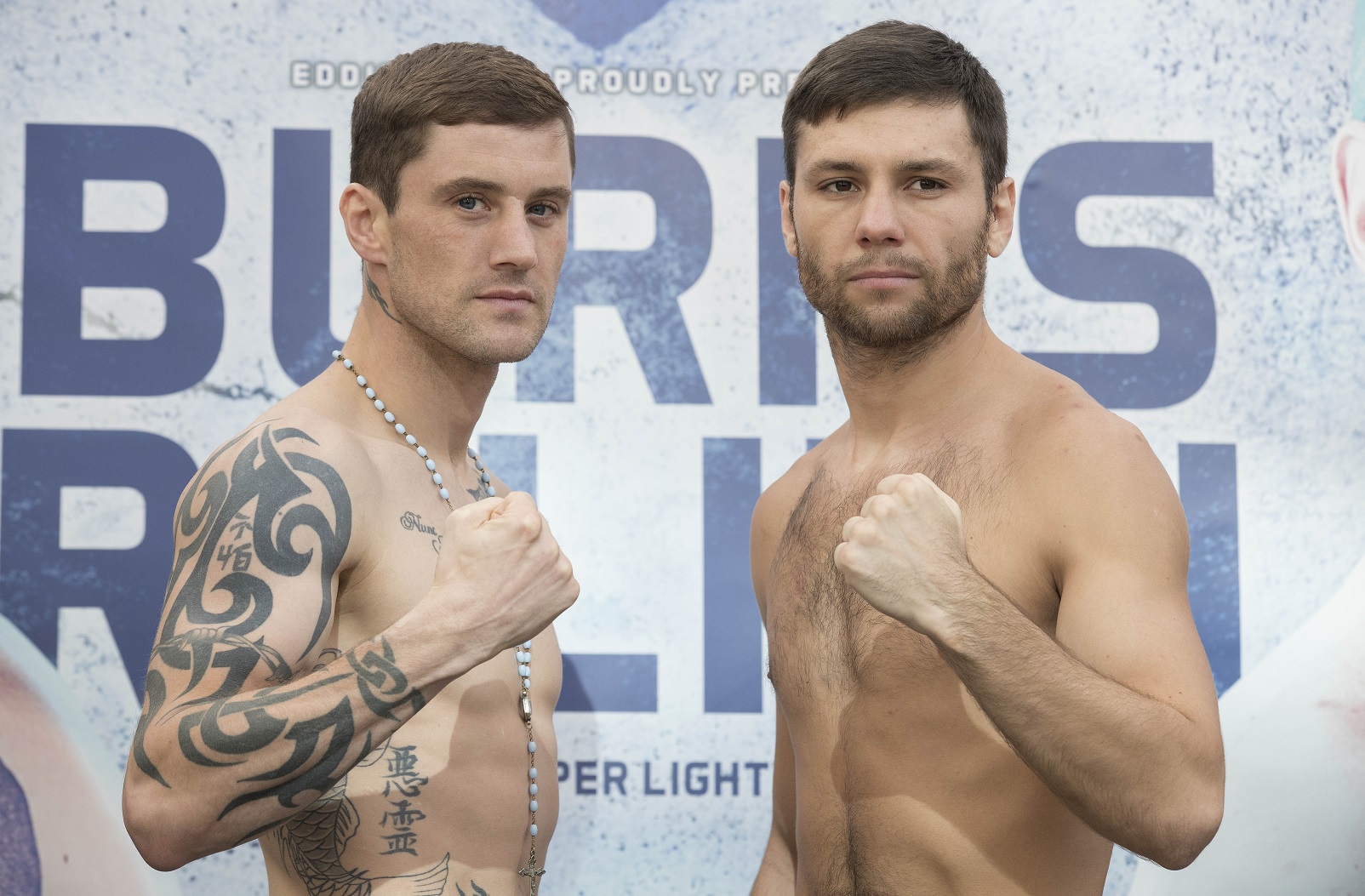 The Belarusian puncher breezed his way into the ring, seemingly finding the atmosphere amusing rather than intimidating and began in a very relaxed manner, dropping his hands and looking to land heavy counter punches.  Burns, 139lbs, can be a notoriously slow starter and struggled with Relikh’s ability to cut off the ring and his switch hitting. Burns’ jab is usually a fight winning weapon but Relikh, 140lbs, made him pay for throwing it time and time again.

However, Burns – a three weight world champion – is a real competitor and managed to claw his way back into the fight. By the midway point, there was a definite feeling that Burns was building momentum. He began to get his right hand working and his constant movement began to negate Relikh’s previously excellent footwork. The 26 year old was forced to face adversity for the first time in his career and struggled to maintain the accuracy and punch volume he showed in the opening exchanges.

Burns found his rhythm and by the time the fight entered the championship rounds, he seemed set fair for a points victory. Relikh wasn’t done. Despite never previously having been past eight rounds, he hurt Burns twice in the tenth, firstly with a left hook and then with a pair of body shots to once again turn the tide. He kept the pressure on in the eleventh and had Burns stumbling and holding.

Burns went down in the twelfth round but referee Howard Foster ruled no knockdown. A series of hooks had burns rocking but the final punch of the sequence seemed to pull Relikh over. In the end, a knockdown would have made absolutely no difference to the result.

If rumours are to be believed, Adrien Broner could be next on Burns’ list. The Scotsman deserves the opportunity to engage in the biggest possible fights for the remainder of his career.