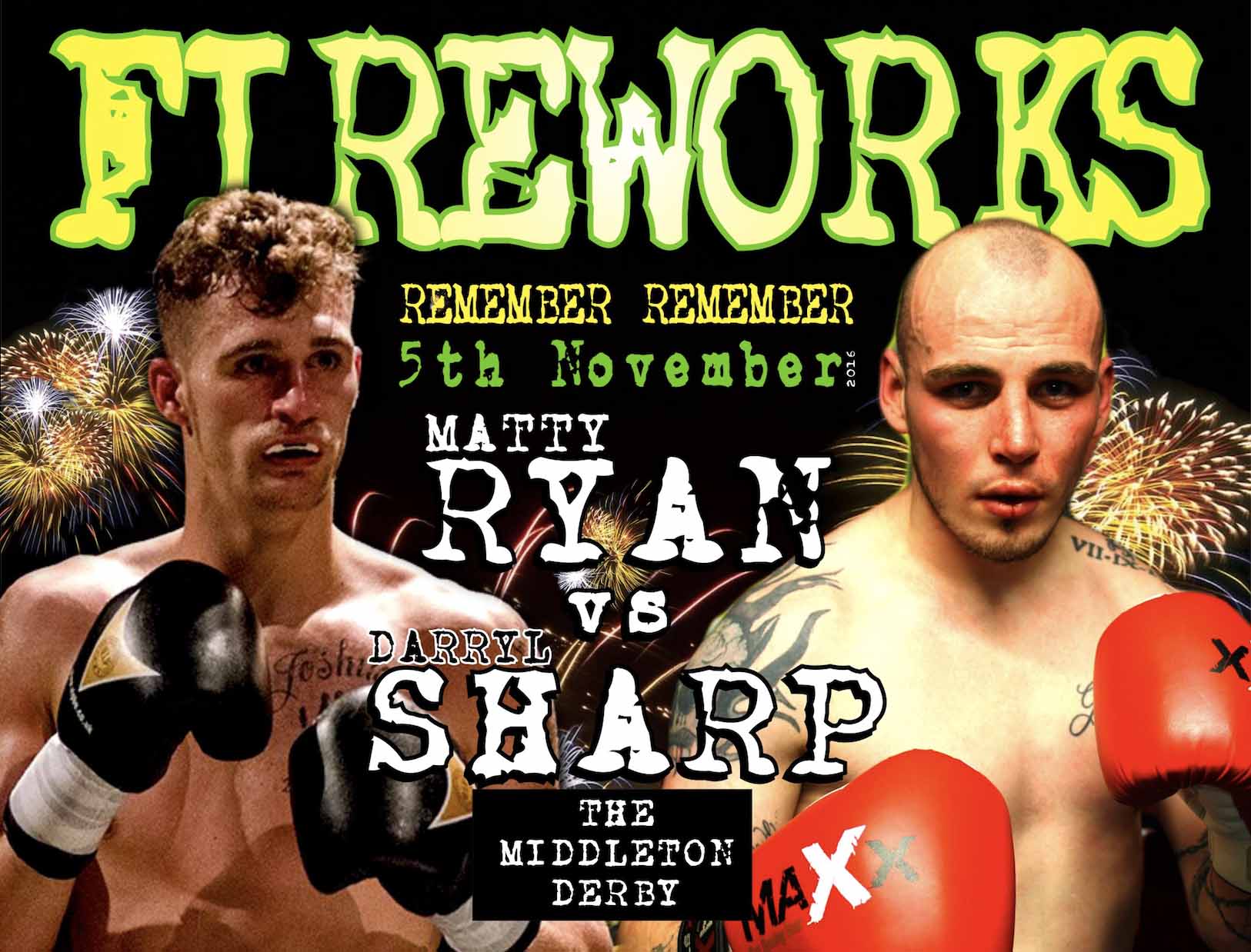 It is bonfire night on Saturday and there will not just be fireworks going off in the Manchester air come night fall, there will also be plenty of bangs and sparks flying inside, when Matty Ryan (11-1, 2 KOs) takes on friend Darryl Sharp (3-10, zero stoppages) in potentially his toughest test so far.

The contest takes place at the Middleton Arena in the home town of both boxers. They have many mutual friends and they have known each other since kids. They both live yards from the arena and around the corner from each other, it doesn’t get more of a derby fight. In fact, only last week Matty Ryan was sat on the bus going home from training and who got on a few stops down, yes Darryl Sharp. He came and sat next to Matty and they both laughed at how weird it was. But make no mistake they know come bonfire night friendships are out of the window.

In his last fight Ryan picked up the International Challenge Championship belt with a second round stoppage of Hungarian hard case Zoltan Turai in Oldham. On that same bill Darryl Sharp pulled off another upset win over Ryan’s unbeaten gym mate Chris ‘Fat Boy’ Monaghan. After that night a match up between Ryan and fellow Middleton native and childhood buddy Sharp, was a fight that made itself and one that has got the fans excited.

Since that win over Monaghan, Sharp went in with former world title challenger Jimmy Kelly and went 10-rounds at a weeks notice with Kelly eventually losing on points but showing his pedigree and toughness to push the fight all the way while not in full shape.

Ryan knows the threat Sharp brings, not only will Sharp want local bragging rights, he knows a win will push his own career on and with a 10 week camp behind him he will come in the best shape yet. In this interview with Ryan he speaks about the fight and says he is confident of pulling off the win against Sharp to move onto a Central Area title fight or that even the English belt is a possibility, but refuses to look past Sharp, who will be seeking to snatch the prize from Ryan’s reach.

You can watch this fight live on BBTV from 7pm on Saturday 5th November 2016: Subscribe here to receive the link