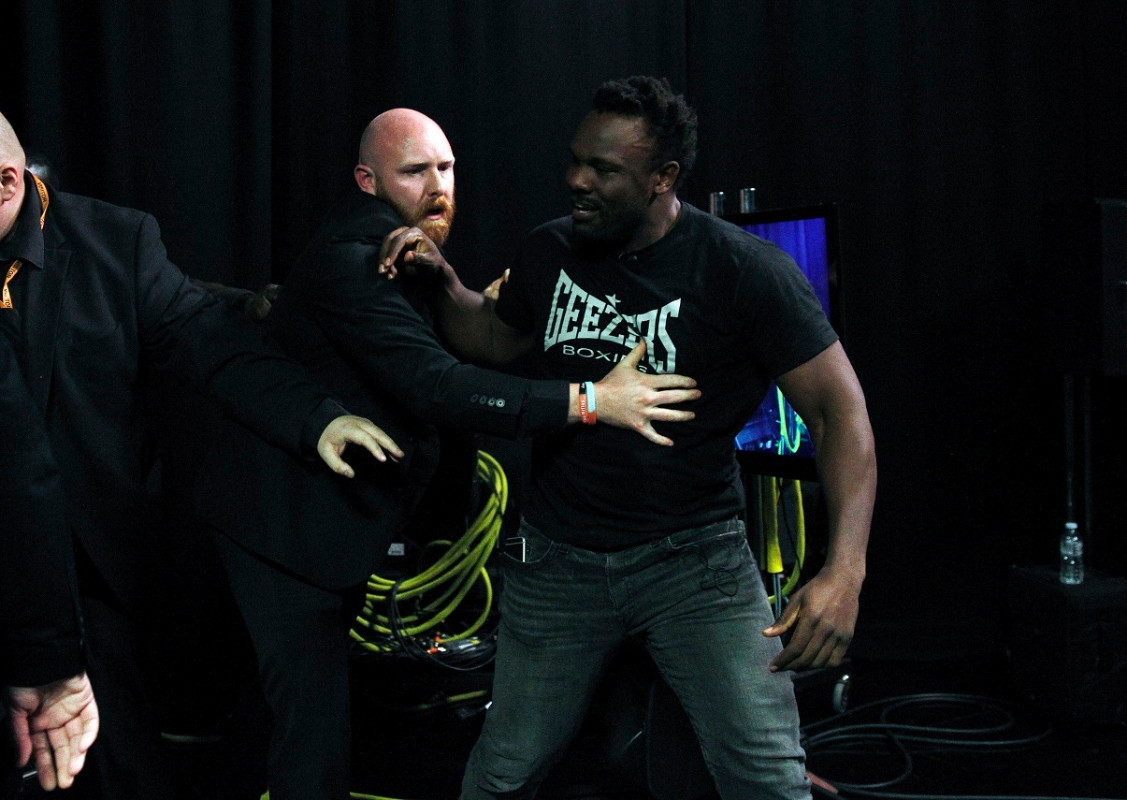 Dillian Whyte and Dereck Chisora had to be separated by security and filming was halted at Sky Sports studios this evening as they faced-off in the ‘Gloves Are Off’ ahead of their WBC World Heavyweight title eliminator at the Manchester Arena on December 10, live on Sky Sports Box Office in the UK and on SHOWTIME in the US.

The bitter London rivals sat face-to-face for 22 tension-filled minutes of filming with Johnny Nelson the man in the middle, before Whyte accused Chisora of ducking a clash with Anthony Joshua – lighting the fuse for the pair to leap to their feet, leading to security stepping in and filming ending.

Whyte and Chisora had earlier come head-to head for their first press conference for their Manchester showdown, and while the pair behaved there was a sense of unease in the air that boiled over as they renewed hostilities at Sky Sports.

“After a fairly mild press conference, Dillian and Dereck made their way to Sky Sports HQ to film the ‘Gloves Are Off’,” said promoter Eddie Hearn. “We were 22 minutes into an entertaining exchange when tempers flared and the pair had to be separated by security.

“We decided to cancel filming and let the fighters calm down and return to camp. The show will still be aired on Sky Sports in the build-up to December 10.”

Scott Quigg returns to action after treatment on his broken jaw following his unification blockbuster with Carl Frampton, and the Bury star moves up to Featherweight as he looks to regain his status as a World champion.

Irish amateur sensation Katie Taylor boxes for the second time in the paid ranks after making her pro debut at The SSE Arena, Wembley on November 26, Heavyweight wrecking ball ‘King Kong’ Luis Ortiz fights in Europe for the second time after clashing with Malik Scott in Monte-Carlo on November 12 and Hosea Burton will defend his British Light-Heavyweight title against Frank Buglioni.

Tickets go on general sale at midday on Friday November 4. Tickets priced £40 to £500 will be available from http://www.manchester-arena.com/ and on 0844 847 8000 VIP tickets are £800 and available exclusively from Matchroom Boxing www.matchroomboxing.com.