Frank Warren: ‘Josh Warrington will go back to Leeds with a bang!’ 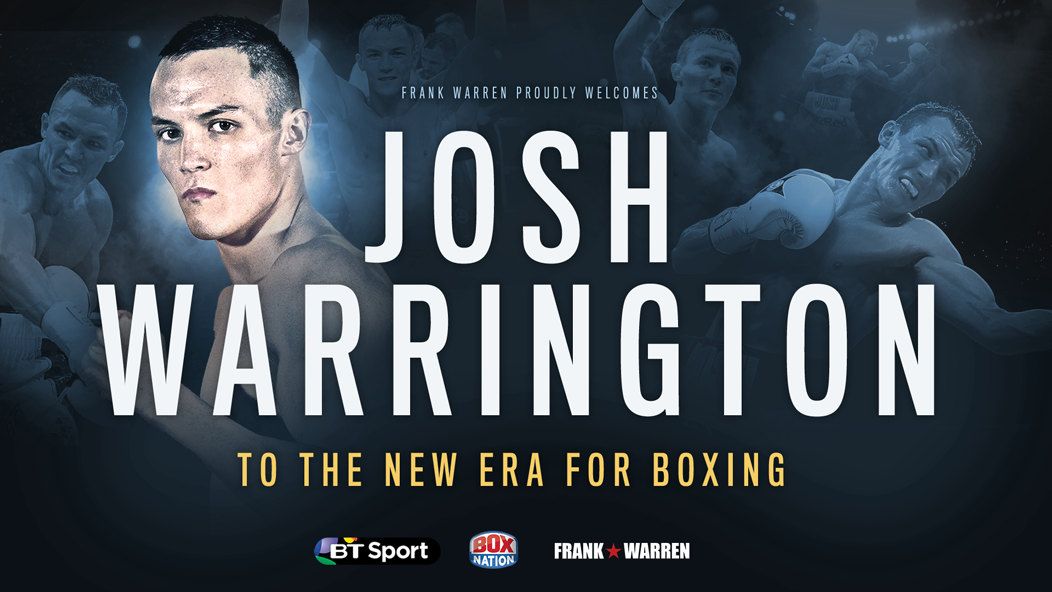 You will not be surprised to learn that we are planning on making a few trips to Leeds in 2017 after we dotted the i’s and crossed the t’s on our deal to promote the extremely promising career of Josh Warrington.

I am absolutely delighted to bring Josh on board, he is a colourful boxer with a phenomenal following which he himself must take great credit for.

His previous contract expired on December 1 and, after talking to him, it was clear he is a perfect fit for our stable of young talented boxers. I am very much looking forward to working with him, his father Sean O’Hagan, who also trains him and his manager Steve Wood.

Our job now is to progress him to the next stage of his career which, essentially, is towards a world title shot in the not too distant future.

We won’t rush him, he has been inactive since July and whatever moves we make will be when the timing is right.

First of all it will be about firing up the momentum for him again with some exciting fights in front of his amazingly passionate fans.

With the support that he has built up and nurtured since turning pro in 2009, Josh holds a lot of the cards when it comes to fighting for a world title.

In certain cases, the champions will need him more than he needs them because they want a piece of the action Josh has drummed up and see a big pay day in front of them.

We will get Josh the right fights at the right time and I do see parallels with the journey we travelled with Ricky Hatton.

Ricky too enjoyed amazing popularity and the Manchester Arena became his castle. Josh is creating something very similar in Leeds and I know he wants the people of Leeds to experience a Hatton-like ride at the city’s own arena.

That is what we want for him too and, having plotted Ricky’s route to the top, we are well positioned to do likewise for Josh.

One fight at the weekend was broadcast to an audience of some 60 million viewers.

It wasn’t Bernard Hopkins’ long – and ultimately painful – goodbye, it was Vijender Singh putting paid to the challenge of Francis Cheka inside three rounds in New Delhi.

Such television numbers are pretty much unheard of these days in boxing – and that is the market we are trading in with big-hitting Vijender, who attracted a capacity crowd of 15,000.

It is a developing territory for the fight game and that is what we are about in extending the reach of the sport. I can’t imagine any other British promoters have broadcast a show to such a big audience this year.

There is an incredible fervour surrounding Vijender and it is one we are planning to tap into in a big way. We will look to get him a world title shot next year and that is something he wants to happen in his home country.

We are fully aware he only has eight fights on his professional card so far, but the former elite amateurs are currently making quick work of it in the pros.

We do need to present him with a couple of real tests though and there are a couple of super middleweights over here that would fit the bill.

I wouldn’t even mind seeing him going in with someone like Callum Smith, although I know that won’t happen due to him being in pole position for a world title shot next year.

However, that is the sort of test we believe our Star of India is ready for. I know it would be a hard fight for him, but he has got a good pedigree as an amateur and has learned quickly in the pros.

It all augurs well for Vijender to be a spicy dish on our 2017 menu where world title fare will be plentiful.