FURY-KLITSCHKO 2 Set for October 29 in Manchester 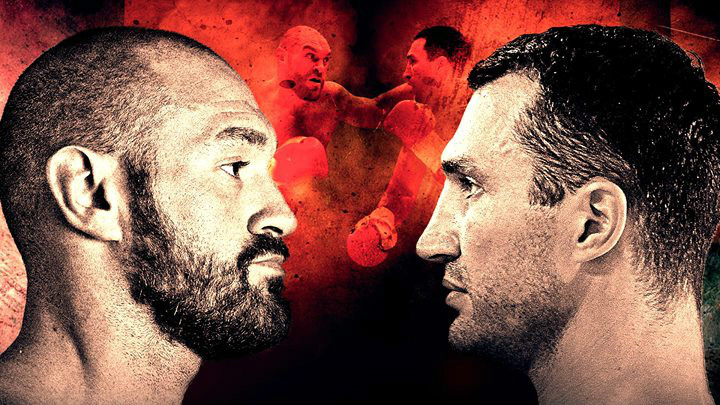 Frank Warren believes that Tyson Fury’s (25-0, 18 KOs) contractually stipulated rematch against former heavyweight world Champion Wladimir Klitschko (64-4, 53KOs) will take place on October 29 at the Manchester Arena as planned.  They were initially scheduled to meet on July 7 only for Fury to pick up an ankle injury that led to that date being spiked.

There were fears that the fight would be nixed entirely when reports emerged claiming that both Fury and his cousin Hughie, the son of his uncle and trainer Peter Fury, had both tested positive for nandrolone following tests that were administered back in February 2015, nine months before the showdown with Klitschko in Germany.

However, the two fighters threatened to take the matter to the courts, alleging that a second test came back negative, which prompted the UKAD to lift a temporary ban on both boxers.

In a statement, the UKAD said that: ‘In response to public comments made by Tyson and Hughie Furys’ representatives, UK Anti-Doping can confirm that both boxers were charged on 24 June 2016 with presence of a Prohibited Substance.  Mandatory Provisional Suspensions were imposed pursuant to Article 7.9.1 of the UK Anti-Doping Rules.

‘The UK Anti-Doping Rules allow athletes to challenge the imposition of a Provisional Suspension and the independent National Anti-Doping Panel (NADP) today lifted the athletes’ suspensions, pending full determination of the charges.  These charges will be heard at a hearing before the NADP in due course.

‘UK Anti-Doping will not comment further on the case until due legal process has been completed.’

This paved the way for a new date, but Klitschko muddied the waters earlier this month by releasing a social media post in which he claimed that he was taking legal action due to Team Fury’s alleged attempts to change some contractual conditions.

Fans had started to lose hope by this point, the first fight took place almost a year ago and there were fears that the two men would not meet again.  Indeed, some speculated that Fury, a mercurial character at the best of times, would give up his titles and may not fight again following statements he made earlier this year in which he claimed he had nothing left to prove.

However, Warren wrote that ‘There have been doubts about the main event going ahead on October 29 in Manchester.  But I expect an announcement to confirm everything is going ahead as planned soon’ so they should go toe-to-toe a few days shy of Halloween.

Now, though, a date has been pencilled for either Fury to underline the first win or to see if Klitschko can win the WBA, WBO and IBO titles back despite turning 40 in March. BoxNation will televise here in the UK: www.boxnation.com

The fight is expected to be officially announced on Monday (5th Sep) afternoon at a presser at an hotel in London. Hughie Fury will be on the bill against the tough unbeaten Andy Ruiz Jr. Plus, WBO world middleweight champion Billy Joe Saunders is also primed to appear on the Manchester bill.