Michael Conlan blasts AIBA: “I wouldn’t pay my fine if it was £1!” 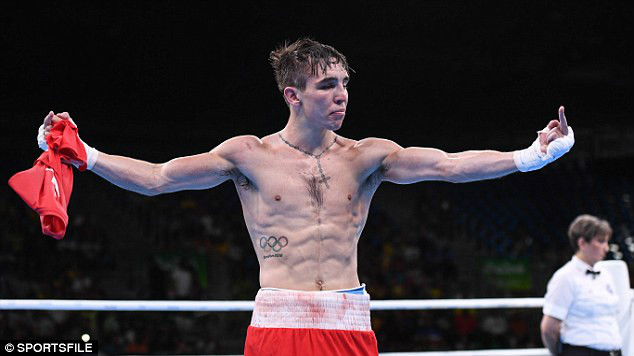 Ireland’s Michael Conlan has reiterated that he will not pay the fine levied at him by the AIBA after he blasted them when losing to Russia’s Vladimir Nikitin at the 2016 Game in Rio. Conlan dropped the F-bomb following the loss and was ordered to pay an £8,000 fine by the sport’s ruling body after labelling them “cheats”.

Conlan, though, has told the Irish Times that he will not give them a penny. “I wouldn’t pay it if it was £1,” he said. The AIBA privately told Conlan that he will have to pay the fine if he ever wants to return to the amateur game or coach amateurs. However, he has signed pro terms with Bob Arum’s Top Rank so has rendered the issue a moot point, but Conlan is angry that the news and amount become public knowledge.

“It’s the principle of the whole thing – I know I was right and what I said was right,” he added. “Maybe the fact I said it so publicly has shamed them, but they shamed me in that ring. They provoked that reaction so I believe I was in the right and that everything I did was right. When it comes to that stage, we’ll come to that stage, but it’s not going to happen. By the time I want to be a coach or whatever, those people won’t be in charge. I don’t know why they want to continue this.”

“Why has it been leaked? Who’s leaked it? It doesn’t bother me because I’m not going to be paying anything and I wasn’t going to be paying anything anyway,” he added. I think they’re very silly releasing it because it’s just brought more bad publicity towards AIBA. I was putting it to bed, I wasn’t going to say any more about it because I don’t want to talk about it any more. But I’m not losing any sleep over it – I think it’s stupid more than anything.”

The 25-year-old is set to make his paid debut at Madison Square Garden on March 17.