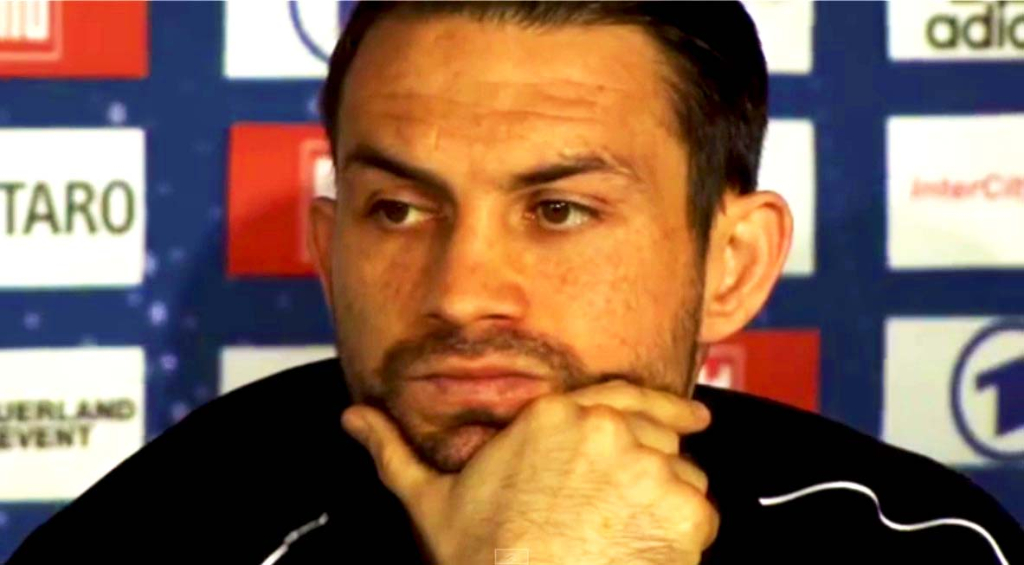 Whenever boxing siblings are talked about, the four Smith brothers are never far from the discussion. All of them have won the British title and the middle pair, Stephen and Liam, have competed at world level several times, with Liam reigning as WBO light-middleweight champion for just under a year before being handed his first pro defeat by Mexican star Saul Alvarez in September, and Stephen losing to Jose Pedraza and Jason Sosa for their respective super-featherweight world titles.

With Liam set to return in April and youngest brother Callum now mandatory for the WBC super-middleweight belt, 2017 looks to be another lucrative year for the Merseyside family.

Oldest brother Paul, however, finds himself in a bit of a quandary. His friendly demeanour and knowledgeable punditry skills are undoubtedly masking the realisation that he has precious few opportunities left to join his brothers at the helm of the sport.

After losing two world title fights against Arthur Abraham (the first of which was considered a downright robbery by some) before being outclassed by a surgical Andre Ward in America, Paul’s journey towards boxing’s highest honours stalled, and he was forced to return to Britain to reflect on his career and his next move.

After taking a year off and rejecting calls to retire from trainer Joe Gallagher, Smith enjoyed three back-to-back wins in scheduled six-rounders against limited opposition, knocking two of them out. While that hardly returns him to the form of previous years, it does indicate that he feels he is due one final night on the main stage in what must surely prove a make-or-break event for the affable Liverpudlian.

Somewhat strangely, that event might prove to be close as rumours emerge from Germany that Tyron Zeuge is to make a first defence of his WBA ‘Regular’ world title in March, with Smith making the shortlist of potential opponents.

Although the WBA has ordered the Berliner to face Isaac Ekpo, a hard-hitting former title challenger who is ranked by the organization (whereas Smith is not), the Brit is confident that his representatives will convince Ekpo and his team to step aside, and has remained in training as a consequence.

Official news should emerge sometime this week, and Smith, provided he is named as the opponent, is openly confident about winning a world title at the third time of asking. “I know I’ll beat [Zeuge]…I know 100% I’ll beat him,” he revealed to when speaking to the Liverpool Echo. “I’m just going into this fight now knowing what tactics I need to use to make sure there is absolutely no room for error or doubt in the judges’ minds.”

Were he to win in Germany, Paul would suddenly find himself with several options. A rematch with Abraham in the UK would likely be high on his list, serving as an opportunity to reverse the poor decision in their first meeting and to avenge the fairer loss in their second.

The WBA, however, are making an overdue effort to condense the number of world titles they award, which usually means the WBA ‘Regular’ champion faces off against the WBA ‘Super’ champion for the undisputed title, after which the ‘Regular’ title becomes null and void. The WBA Super title is currently vacant, with a host of names vying for the chance to claim it; Smith, with the ‘Regular’ title in his possession, would automatically qualify for consideration.

Being 34-years of age no longer means that you are one step away from retiring. But time isn’t on Smith’s side, and he will want to move forward quickly if his remaining years in boxing are to be meaningful. “I don’t want to retire,” he stubbornly asserted.

“If you told me I was never going to fight again, I would be gutted—and the fact I feel that way shows I want to carry on…I’ve had my [injuries] but that is my age, not me being finished. The first people who would tell me if that was going on would be my brothers and they’ve all said the same thing: I’m not shot, I’m not finished, I’m not done.”