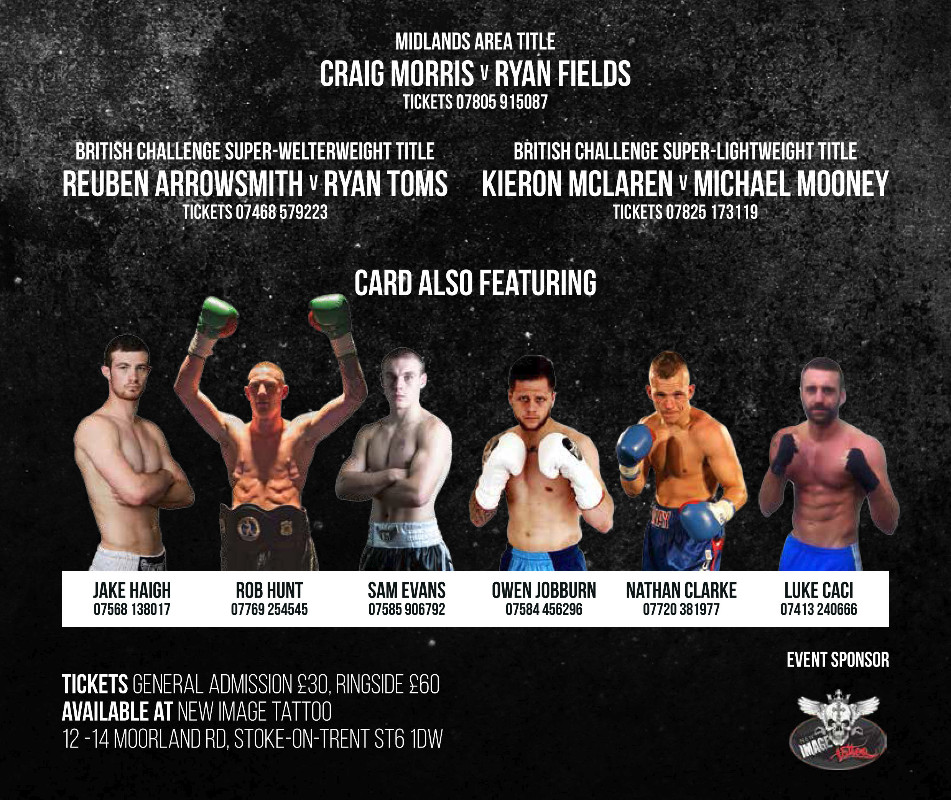 A TRIO of exciting championship bouts have been added to Hatton Boxing’s eagerly anticipated event at the Fenton Manor Sports Complex in Stoke on February 18.

The show, which is to be headlined by hard hitting heavyweight prospect Nathan Gorman, sees Ricky Hatton’s promotional outfit return to the Potteries for the second time in four months.

And there is sure to be a great atmosphere as a feast of fistic action is on offer.

Morris won the title in a barnburner with Nathan McIntosh last October and will be keen to prove his mettle again against an opponent who will give his all.

Another unbeaten Midlander looking to navigate a tricky first defence will be Stoke’s very own Kieron McLaren as he risks his British Classic Challenge super-lightweight belt against dangerman Michael Mooney.

Mooney’s record may appear modest on paper, but the Worcester-native is experienced at causing upsets having previously snapped the perfect records of Sam O’Maison and Billy Morgan.

Rounding off this championship extravaganza will be Ricky Hatton-trained prospect Reuben Arrowsmith as he looks to win his first professional title in a British Classic Challenge tussle with the vastly experienced Ryan Toms.

Arrowsmith has been steadily building a following with a string of impressive performances since turning professional and Hatton feels it’s an opportunity his charge will relish.

“It’s a great fight for Reuben on what I’m confident will be a great show,” the Hitman said.

“Reuben is ready to take that next step up in class and Toms is the perfect test because he’s been around the block and fought the best of the best. This is the start of big things for Reuben.

“The other title fights are also crackers. If Morris’s fight with Fields is even half as good as his one with McIntosh then the fans are in for a treat and McLaren will have a big crowd behind him as he looks to beat a man who is a real threat.”

The Fenton Manor show is hosted by Hatton Boxing, the company founded by the four-time world champion that also manufactures premium boxing equipment and trains thousands of fitness professionals each year through its Academy.

Also on in action on the bill will be fellow Hatton Boxing prospects Jake Haigh and Sam Evans as well as Stafford’s Rob Hunt, local favourite Owen Jobburn, Cheshire’s Nathan Clarke and former amateur standout Luke Caci, who will be making his pro debut.