Anthony Joshua returns to Manchester on 26/11, Whyte-Chisora also to land?

Matchroom have confirmed that Anthony Joshua (17-0, 17 KOs) will return to action on November 26 at the Manchester Arena against an as-yet-unnamed opponent. “AJ” will be making the second defence of the IBF title that was once held by domestic rival Tyson Fury.

The Londoner won the vacant belt by beating former holder Charles Martin by second-round KO at The O2 in London in April. His first defence was a seventh-round stoppage win over Dominic Breazeale at the same venue in June.

The 2012 Olympic gold medalist has boxed in Manchester before, beating Konstantin Airich in three in September 2014. Now, though, he returns as a world titlist and will be keen to show the Manchester crowd that he has developed as a fighter since his first visit. 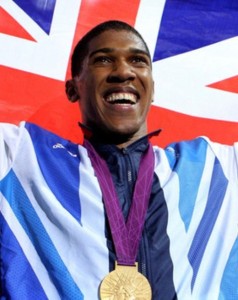 “When I first started my professional career I travelled all round the country fighting, which I loved, this is taking me back to the grass roots,” said Joshua.

“I can’t wait to get back up north and show the people of Manchester how much I have improved since the last time I was there. I have been inspired over the summer by the fighters in the Olympics, it has given me a new perspective and huge hunger to get back in ring.

“It has taken a bit of time to officially announce the fight, we want this to be a spectacular show, all the way up the card and it takes time to get these things right.”

According to today’s press release, an announcement on the opponent and ticket details will be released the week commencing September 26. Britishboxers.co.uk understands that Dereck Chisora versus Dillian Whyte is also being mooted for what could be a heavyweight show. However, Sauerland have told Sky Sports that talks have gone “quiet” and it could happen in 2017 instead. More to follow.