Judge Ye Not – Supporting The Sport Is Essential 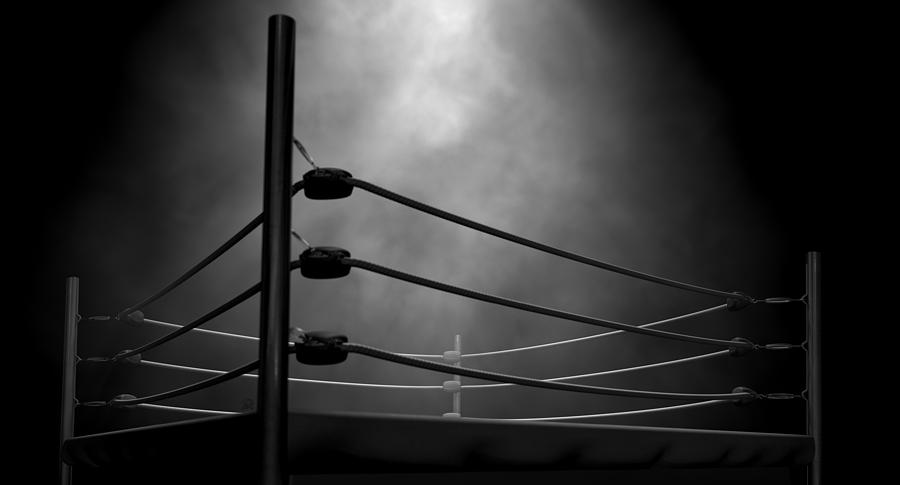 There were about seven of us in the dressing room. Well, I say dressing room; it was actually a dressing area, a small enclosure separated from several other similarly cramped enclosures by low partitions, each one housing a hopeful boxer and his team. There was a noisy flow of people moving through and amongst these spaces; event organisers, sponsors, cornermen, cutmen, press, VIPs and fighters still in their boxing gear—the usual medley, all crossing back and forth between various changing areas and the main hall.

BANG! A right hand thudded home. “Good shot,” said Steve, taking the pads off. “Have a breather [rest]”. A smattering of applause from the onlookers. I exchanged glances with Darren and Ryan, my own coaches and members of Jack’s camp, and we nodded to one another in approval. Inside, though, we were apprehensive. I had started sponsoring Jack Dishart around the end of 2014, a year which saw him win all three of his professional fights. But on this evening in 2015 he weighed in at a career high 149lbs, which had caught our collective attentions, and he was noticeably less toned. We said nothing, though. Dishart needed his confidence. “Where’s my f*cking gumshield?” someone shouted in another booth. Steve took a sip of water. A trainer ran past with bandages in his hands. Jack returned to his seat, hating his pre-fight nerves.

Elsewhere on that same night, over 5,000 miles away, Gennady Golovkin was facing Willie Monroe Jr at the 17,505-capacity Inglewood Forum in California, and successfully defended all three of his middleweight world titles. Supporting the main event were the likes of Roman Gonzalez, Edgar Sosa, and up-and-coming stars like Ivan Morales. On a show that was televised on HBO, BoxNation and other global outlets, Golovkin would earn a reported $1.5 million for the night, with Monroe Jr pocketing $100,000 in commiserations. It was the fourth highest-performing bout of 2015 with just under 1.5 million viewers, and the victory propelled ‘GGG’ onto a middleweight unification fight with Canadian David Lemieux in Madison Square Garden 5 months later.

It was a night fighters like Jack can only dream of. All of them do regardless, of course, but most do so knowing that, to put it mildly, chances of ever realising that dream are slim. The reasons why are obvious, and fair. Willie Monroe Jr, for example, started boxing at six-years-old, produced an amateur record of 128-14, and won gold in both the New York Golden Gloves and the Empire Games before turning pro, where he now has a 22-2 record. Edgar Sosa, the Mexican favourite and former world champion with heart to burn, managed to recover from stop-start beginnings to earn himself a 52-10 record over 16 years which have seen him beat guys like Giovanni Segura, Ullises Solis and Brian Viloria.

Of course, we don’t see such individuals as success stories these days. Both men lost on the night, Monroe Jr to Golovkin, and Sosa to Roman Gonzalez. In the eyes of boxing’s cruel community, men like Monroe and Sosa are nobodies, they’re bums, they’re trash, they’re easy wins for belt holders and meaningless wins for somebodies-yet-to-be. So what if Monroe Jr has won two fights since his loss to Golovkin? He’s already been beaten by the champion, where else is he going to go? You can’t beat the champion? Might as well hang them up. Boxing has no room for guys like you. Get the f*ck outta here.

Try telling Dishart there’s no point in pursuing boxing unless he wants to take on Terence Crawford. He’d laugh you out the room, so widely would you be missing the point. What is the ‘point’? The ‘point’ here, simply, is that it’s incredibly damaging to everyone in this sport when fans insist the only worthy goal for a fighter is to box for a world title and win one. The trials are near-impossible enough as it is; the punishment, the sacrifices of diet and lifestyle, not to mention the opponents you will have to beat, but boxers now have to pass these trials without the encouragement they once enjoyed. As quoted by Samuel L. Jackson in Pulp Fiction, “The path of the righteous man is beset on all sides by the inequities of the selfish, and the tyrannies of evil men.” In boxing, the path to glory is beset on all sides by detractors, those who are indifferent, and those who scoff at the achievements earned along the way. Namely, certain circles of boxing fans. And it is input young men like Jack could do without.

I remember interviewing him for a professional show I was helping promote in 2013. He was 21 at the time, young and inexperienced, and trying to balance boxing with his personal life. As he sat opposite me, I asked him what his goals were. Eventually, he responded: “I would definitely like to achieve a Southern Area title.” An Area title, the lowest of the formally recognised domestic British belts, still remains a milestone passed by precious few boxers compared with how many there are trying to do so. Competition is fierce, and opportunities are afforded only to the dedicated, but with a lot of hard work and a bit of luck, it is possible.

But it isn’t easy. On the 16th May 2015, Jack Dishart won his fight, but he should have lost it; he struggled in the second half, and ultimately benefitted from a hometown decision. But the bad night’s work does not relegate him to the rubbish tip, and it doesn’t make him ‘that’ guy who threw his hopes away, and the same goes for Monroe Jr, Sosa, and all the other fighters who take a loss, have an off night, or make a mistake that costs them dearly. In a sport where encouragement is needed now more than ever before, fighters don’t need to be reminded by boxing’s fanbase just how many dreams they will struggle to make real; believe me, they already know.