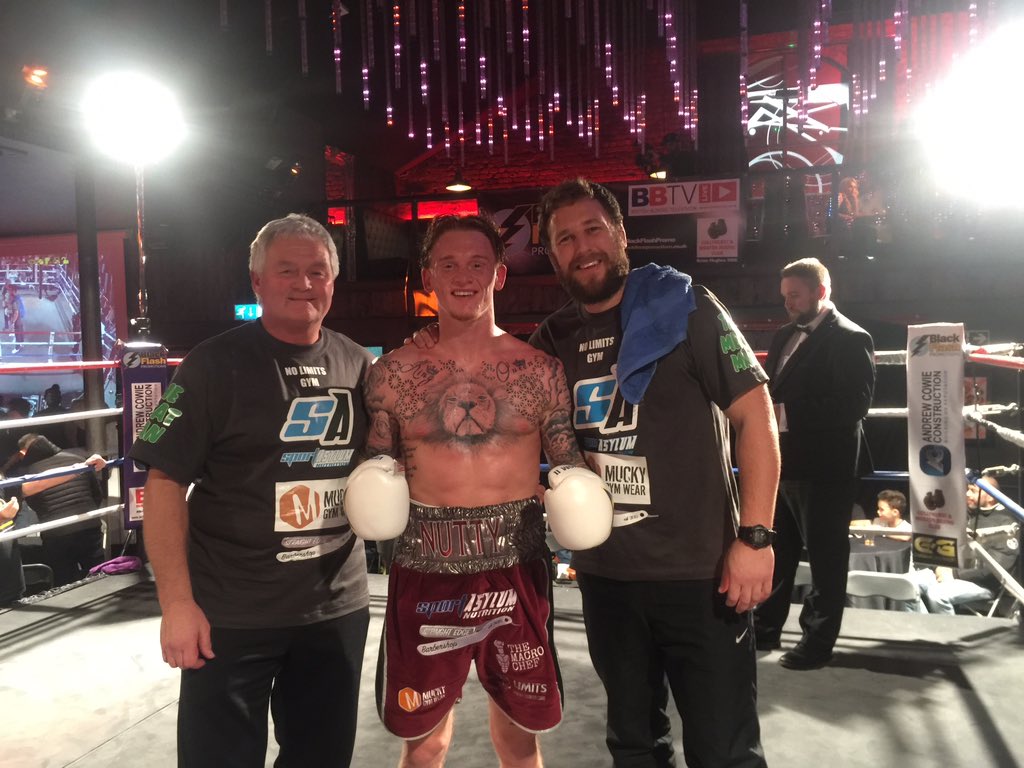 Brought to you by Black Flash Promotions, this Friday night event- the second of its kind at the Fusion Nightclub in Liverpool – showcasing emerging talent from the Northwest..

Pundits had four fights to look forward to, in the intimate and very stylish surroundings at the Fusion, with the ring looking great under the club-lights. Smaller shows like this could be viewed as great opportunity for emerging fighters to get the experience and routine of being part of a pro-card in front of a crowd.

As the show got on the way, there was plenty to see and plenty to think about for fighters and fans alike.

First up on the bill was Byrom ‘The Boom’ Abiru, making his professional debut. Fighting out of Golden Gloves under the tutelage of Wayne Smith, Abiru faced a bit of an unknown quantity in Nottingham’s Simone Lucas. It was clear from the start that Abiru was keen to impress the home crowd by looking for a big right hand from the get go.

The tension of the occasion could perhaps be seen in Abiru’s movement, as Lucas was able to counter the jab effectively in the first. Growing in confidence, Lucas began to come forward in the second round, using what looked like a clear weight advantage to land a few big shots, inflicting some visible damage to Byron’s nose. Sensing an opportunity, Lucas looked the more at ease fighter, closing the space between the two with impressive foot-speed, and throwing combinations.