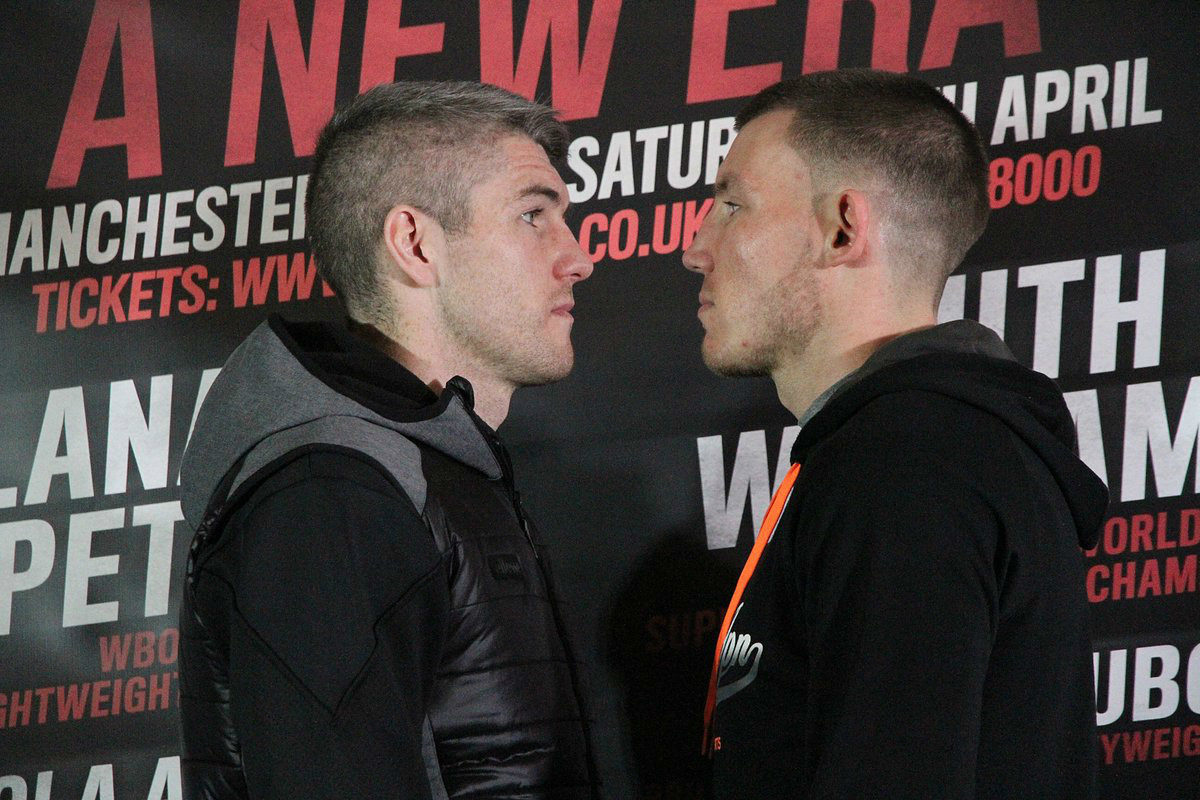 Liverpool’s Liam Smith (24-1-1, 13 KOs) failed to make weight ahead of Saturday night’s interim WBO light-middleweight title showdown against Liam Williams (16-0-1, 11 early). The much-anticipated domestic match-up is the jewel in the crown of promoter Frank Warren’s maiden BT Sport bill at the Manchester Arena and it is a fight that has caught the attention of British boxing fans.

Smith, though, scaled 11st 1lbs 15oz to Williams’s 10st 12lbs 8oz and despite being given some additional time he could not trim the pounds off. Therefore the vacant interim WBO light-middleweight belt will only be on the line for Williams.

Meanwhile, Terry Flanagan (32-0, 13 KOs) and his WBO lightweight title challenger Petr Petrov (38-4-2, 19 stoppages) both successfully weighed in, with Flanagan hitting 9st 8lbs 9oz and his opponent coming in an ounce heavier than the defending titlist.