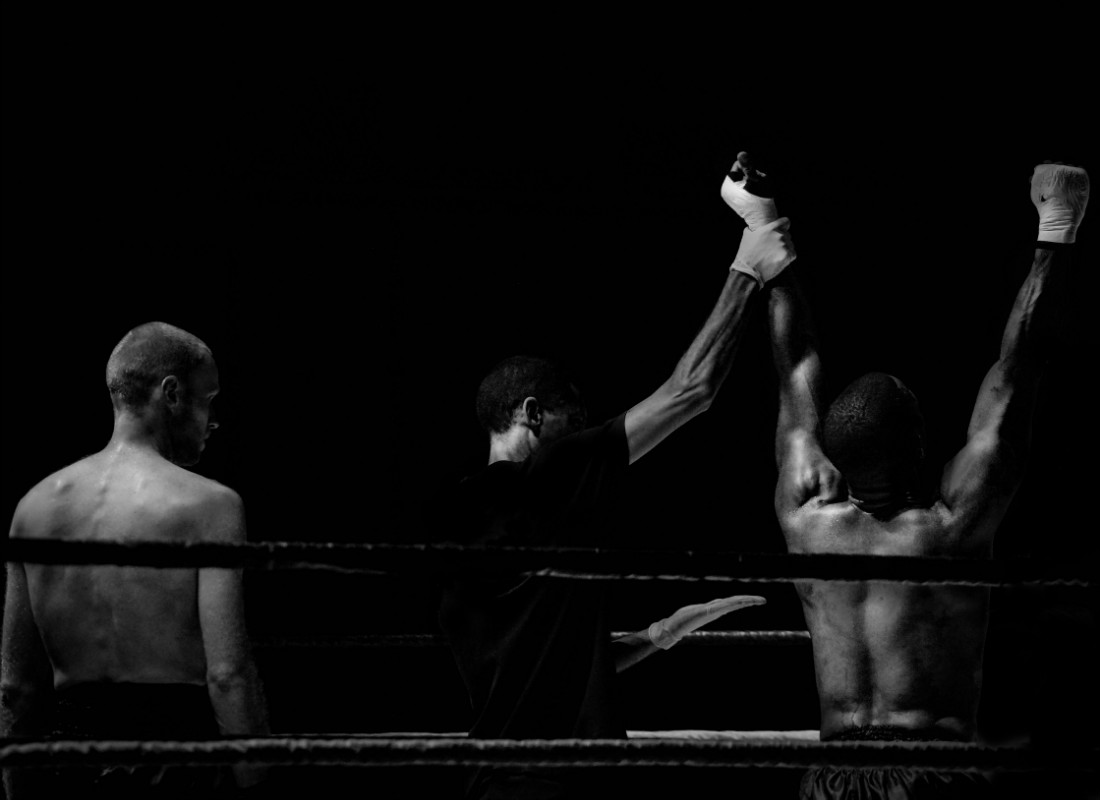 Each weekend throughout the UK amateur boxing shows are run where close fights tend to be given to the red corner. Then you look on boxrec where the results show fighter on the left beating fighter on the right pretty much all the time when the names are not what we would call household names. So it raises the question – just how important is home advantage in boxing?

Frank Warren recently said in a column “securing home advantage can be crucial, the difference between victory and defeat”. In big world title fights he has backed up his philosophy by bringing over a range of overseas fighters in his boxers attempt at a world title.

Eddie Hearn meanwhile has often allowed his fighters to travel in pursuit of world glory. Many coming up short as a result however Degale, Barker and Brook were all successful in world title tilts across the Atlantic

A fighter will often say a ring is a ring and when in there it’ll make no difference on the location. Perhaps if you’re good enough you should be able to win anywhere. Though it must be a lot easier to prepare when you are in your own timezone, own bed, and own environment.

Imagine being a late notice opponent fighting away from home in the UK where you’d need to travel maybe 4 hours in a car to get to the venue, meaning your legs become a bit stiff. Following your weigh in the fighter then has about 5 hours to wait around until his own fight, without much entertainment to pass the time or knowledge of the area. Whilst he is sat in the changing room just passing time, I am sure being closer to home would be far more comforting.

Eddie Hearn himself has secured vital home advantage for his fighters when Carl Froch boxed Lucian Bute in Nottingham and Anthony Crolla vs Darleys Perez in Manchester. One could also point to the Anthony Joshua bout with Klitshko in Wembley recently. In Germany, would Joshua have picked himself up in the 6th or found the surge of energy in the 11th and would Wladimir have pushed on to finish AJ in front of his supporters?

There are british fighters who have travelled numerous times who if the location had been different they’d have been world champions. Martin Murray in 2 contests in Argentina and Germany arguably won whereas Matthew Macklins spirited effort in Germany against Sturm would have been scored differently elsewhere.

again did so following the decision. Meanwhile many boxers from USA such as Floyd Mayweather, Bernard Hopkins and Andre Ward never boxed outside the USA. Roy Jones Jr amongst others waited until long after their peak to box away from here too.

In 2 fights over 2 weeks the 2 major promoters in the UK have secured fighters home advantage in Kell Brooks defence to Errol Spence and Liam Walsh challenge of Gervonta Davis. Could this be vital to both if they are to be crowned victorious. Or is just a stamp of approval that the fights tight and their promoter truly believes in them enough to secure home advantage?

After all there are other fighters such who get title challenges and defences overseas. Look at Paul Smith who now has his 3rd overseas title challenge, Martin Murray, Gary Lockett, Michael Jennings, Stephen Smith, Mathew Macklin, and many others. Does this signify fighters’ toughness, the promoters belief in their skills or even the promoters lack of belief in them to overcome their opposition to be make it a worthwhile expenditure?

Jorge Linares is a road warrior who has defended his belt in numerous countries. Against Kevin Mitchell and Anthony Crolla twice, Eddie Hearn banked on paying for home advantage which didn’t seem to have any impact on the result. Or did it impact the contest? Would Crolla have done the distance and overcome the adversity had it been neutral territory.

So it appears based on this home advantage is only really an advantage if the fighters are closely contested and there isn’t much to separate them. If one fighter is clearly superior to the other then the old adage of a ring being a ring regardless of location is still true. Unless of course it is on a small hall show where one has had more notice than the other.

On that topic home advantage seems to matter a lot more on small hall shows than big shows. Where a fighter can be pushed through to outwork someone over 4 rounds by a raucous crowd. Or a close decision will go to them 39-37 rather than being 38-38.

Moving back to the fights over the coming weeks Liam Walsh and Gervonta Davis could be heavily dependant on it. This could be Liams only world title challenge and any close rounds going his way will have a huge impact on the over the course of the fight. Plus the discomfort of being away in a foreign country has already given Davis difficulty at the scales so what sort of unrest could it cause Saturday night?

Then next week on the undercard of Brook, George Groves has his first world title challenge where he is considered the home fighter. Had he been the house fighter first time with Froch the fight may have gone on, then with Badou Jack the decision may have gone his way so he must feel confident that fighting at home will give him the edge to finally capture that world title that has eluded him in 3 previous shots.

Finally with Spence, travelling to this country doesn’t seem to have fazed him and may not impact his performance. Brook fighting at Bramall Lane is fighting at his boyhood club and living a dream much like Tony Bellew did at Goodison park earlier this year. That night Tony Bellew raised his game to a level he hadn’t yet reached in his career and this could do the same for Brook as he looks to record an impressive win in front of 25,000 in his career defining bout.