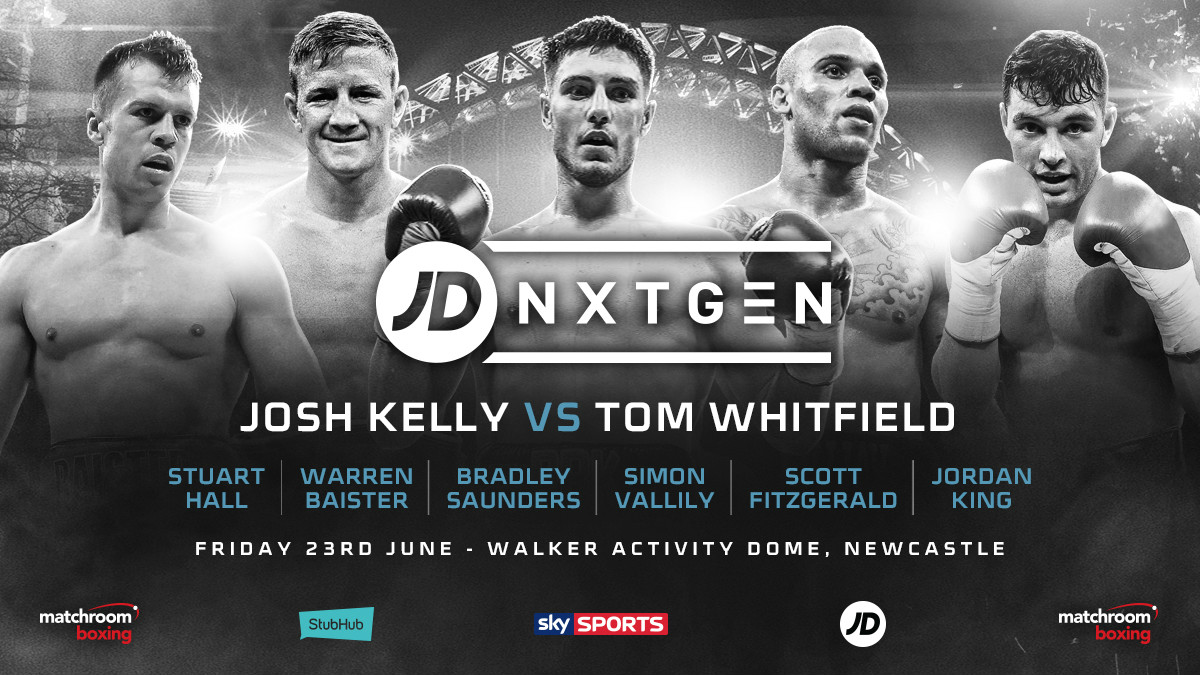 Olympian tops the bill on June 23

Former GB Olympian Josh Kelly will top the bill against Tom Whitfield in the latest JD NXTGEN show at the Walker Activity Dome in Newcastle on Friday June 23, live on Sky Sports and on Sky Sports Facebook.

Kelly has impressed in his opening bouts in the paid ranks, landing his first stoppage win in Birmingham with a clinical display against Jony Vina to add to his debut win over Jay Byrne.

Adam Booth’s 23 year old charge represented Team GB in Rio at Welterweight and will face Birtley’s Tom Whitfield, the 30 year old that challenged for the Northern Area strap in his last outing in October.

‘Pretty Boy’ has expressed his desire to move quickly as a pro and the Sunderland man is looking for another stand out performance to put both his style and boxing in the North East into the spotlight.

“This is going to be brilliant and I’m so happy to be fighting in the North East,” said Kelly. “It’s going to be a great night for the fans and I’m buzzing to be topping the bill with some great fighters from up there.

“Boxing in the North East is buzzing right now, there’s so much talent and we need the platform to showcase that.

“I had a couple of days off following Birmingham and was then straight back in the gym. That’s what I want to do, I want to stay busy and keep learning, go from strength to strength with the great team behind me and move forwards as quickly as I can. I know that by the end of next year I can be in big fights.”

A host of local stars appear on the bill as former World champion Stuart Hall as he looks to build to another World title shot, Bradley Saunders returns to the ring, unbeaten Super-Middleweight Jordan King looks to build on his 8-0 start, Cruiserweight pair Simon Vallily and Warren Baister continue their assault on the division, while Preston’s Super-Welterweight Scott Fitzgerald is also in action.