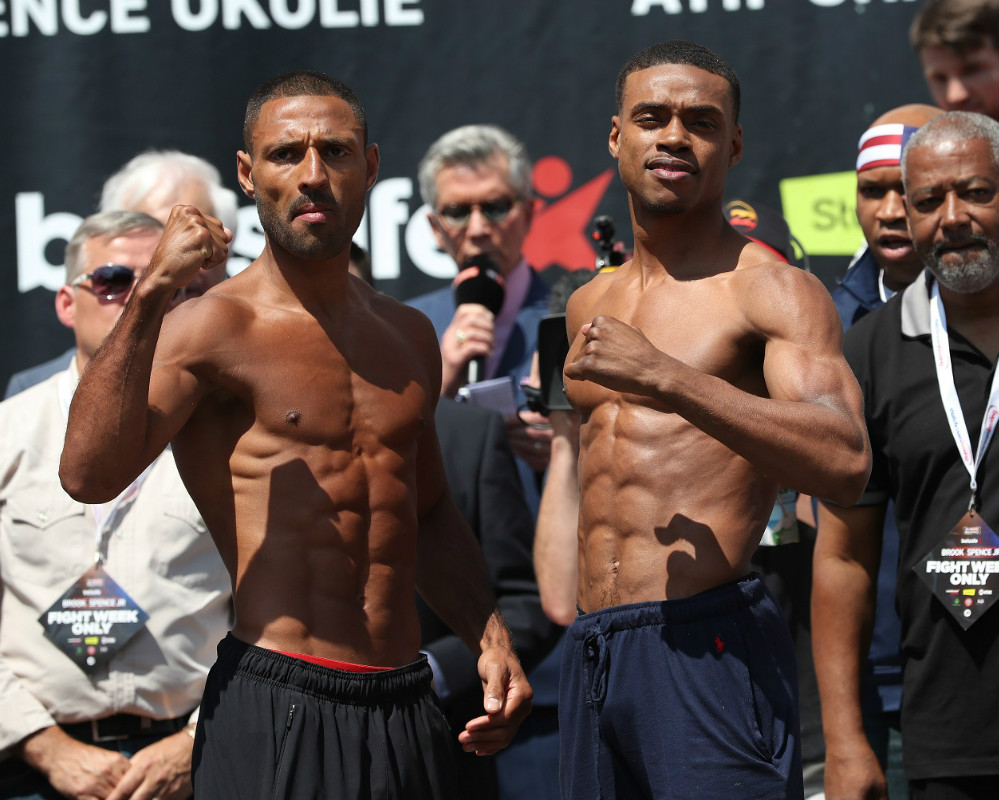 As Errol Spence (22-0, 19 KOs) stood on the second rope gloating to Kell Brook’s (36-2, 25 KOs) people, UK commentary remembered they had a valuable product to protect and it was time to inform the watching audience that the stricken ex-champion wore a uniform of bravery despite being several points behind on the official scorecards and failing to beat a count with only minutes in the contest remaining.

Supporters of the Sheffield man are eager to point out that Brook’s health is indeed the main priority, but boxing audiences are an unforgiving bunch—history has taught them to be that way and it’s too late to turn back now. To label Brook as brave is to put him in the same category as David Haye, who fought one-legged, against a marauding Tony Bellew. What about Paul Smith who in 2010 endured a sickening gash above his eye in the early stages against city rival, Tony Dodson, but rallied brilliantly to win on points? Sugar Ray Robinson against Joey Maxim and the Bronx sun or Kevin Kelley versus Derrick Gainer? The bulk of Arturo Gatti’s disgusting and disturbing catalogue? Do boxing fans really need to put Brook’s silent submission among the aforementioned heroics?

There’s a major epidemic among the boxing community in 2017 that has been present for a few years now and it involves praising losers for a number of reasons including “bravery” and “belonging at this level.” No fighter ever just loses anymore. If Brook was brave then what does that say about Spence who was able to use a wide range of skills and guts to outlast a man who was fighting a short stroll from his home? Spence left a chunk of his family behind in Texas to travel to Brook’s backyard and overcome some difficult spots to grind his opponent down and claim the first of what is likely to be many world titles. Who is really the courageous one?

If Brook’s eyes are as bad as made out and physical and mental scars remain from the Gennady Golovkin beating then retirement may be the best cause of action as two fights running he’s displayed to his welterweight rivals that if the going does get increasingly tough then either him or his team are likely halt proceedings and that is not the best form to possess in a sport where some of the most violent animals roam in an environment that seldom demonstrates mercy.

Brook won’t walk away just yet. The Amir Khan fight still lingers but it’s approaching the stage where the value of that fight is diminishing on a monthly basis due to the disastrous form that both are currently experiencing but Brook’s profile needs repairing almost as bad as his facial injuries if he’s to enjoy the spotlight and finances granted to him in his recent outings. Neither will be an overnight fix.

The immediate aftermath of this fight has seen some ludicrous judgements from those who really should know better but Bellew’s summary in the minutes after whilst Brook was returning to the home dressing room at Bramall Lane was arguably the most accurate.

“Quit” is one of boxing’s dirtiest words, but the Liverpool heavyweight hinted at it anyway and received a volatile reception for it afterwards on forums and social media. It was a far cry from the bravery shouts that rained down on Brook just seconds earlier but despite the contradiction from the biggest provider of boxing in this country, one of them had it right and that man was Bellew.

Boxing has been largely straightforward for Brook with a 2014 win over Shawn Porter being the highlight of a career that promised so much but rarely delivered. His desire to finally test himself came against opponents destined for eternal greatness, but when flashes of brilliance in both encounters were flooded by braver opponents, the current took Brook to places he couldn’t, or didn’t want to swim back from. Welterweight and 154lbs offer plenty of options for Brook and his team will go all out to get him as close to the top as he wants to go yet the expertise of Dominic Ingle and Eddie Hearn’s promotional prowess might not be enough. Brook, after so many years in the trade, now realises why it’s the loneliest sport in the world.