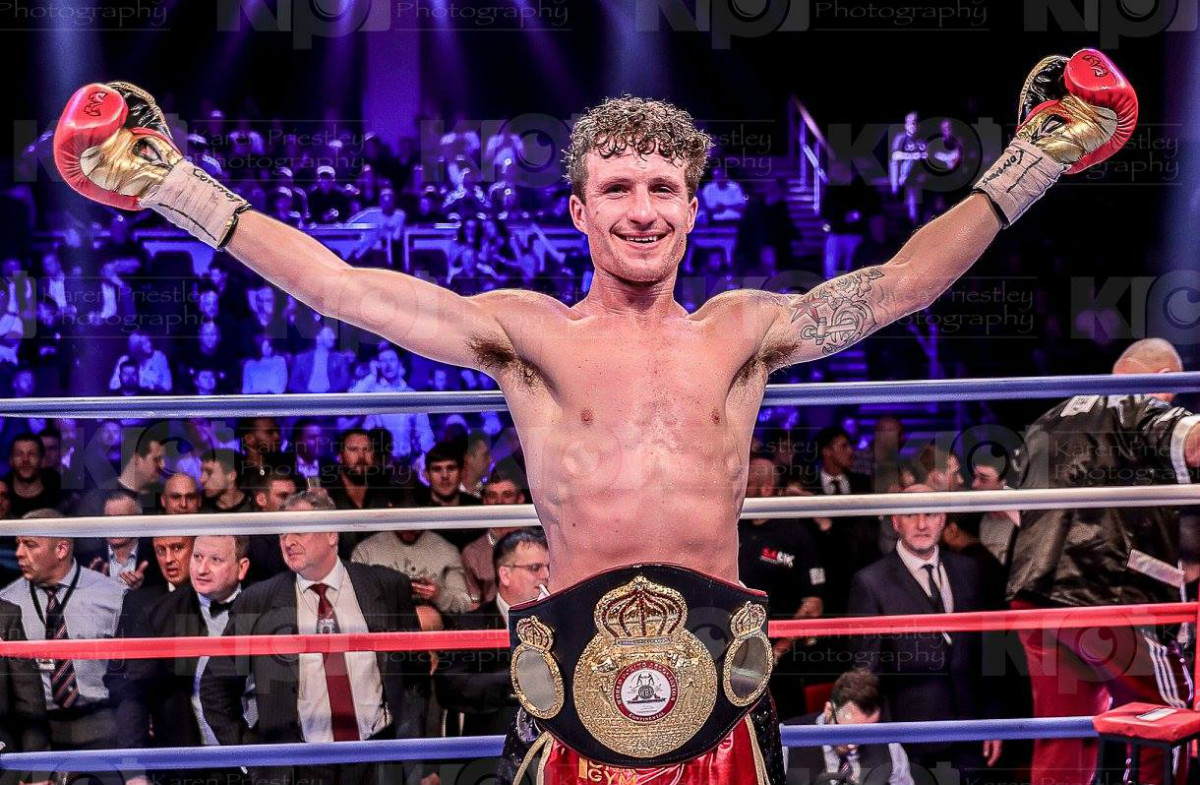 Liverpool super lightweight Robbie Davies Jnr is closing in on a world title and will defend his WBA continental belt on the undercard of the Chris Eubank v Arthur Abraham bill in London on July 15th, which is live and exclusive on ITV Box Office.

Undefeated in 15 fights, the talented and hard-hitting fighter first won the belt when he stopped Finnish hard man Jarko Putkonen in Liverpool in March 2016. Following a successful defence earlier this year he has now risen through the WBA rankings to No3 and is within touching distance of a world title shot.

In his last outing in January, the 27-year-old looked impressive in front of the ITV cameras when stopping Zoltan Szabo in nine rounds.

If he emerges victorious on the Eubank v Abraham bill, promoted by Roxon Sports, in association with Team Sauerland, Davies Jnr will be in line for a world title shot later this year, or in early 2018.

Davies said: “I’m absolutely made up to be on such a great show, defending my belt and in front of ITVs cameras once again. Last time I did well and lots of people were impressed by my performance but I know I can do even better and I aim to do just that in July.

“The world title situation is becoming a bit clearer. I am ranked No3 with the WBA and their champion is Julius Indongo, who beat Ricky Burns in Glasgow in April. It looks like he will get some time to prepare for a defence against the winner of the re-match between Kiryl Relikh and Rances Barthelemy, which was a great fight. That is planned for later this year. If I defend the belt successfully then I am next in line.

“It is amazing to think that this time next year I could be a world champion and I would like to thank Richard Poxon and all at ITV Sport for giving me and my manager Neil Marsh this opportunity. I am training well with Dave Tonks and preparing for a hard fight in July, no matter who I get. We are looking at a few names and we will announce my opponent soon, but I am closing in on my dream now and I am not going to let it go, no matter who it is.”

Davies Jnr has a manager in Neil Marsh, who has seen and done it all, including taking little-known Armenian David Avanesyan to world title glory only last year. Marsh said: “This is just reward for Robbie, his family and friends and all our team for a lot of hard work and patience. Robbie is improving with every fight and he thoroughly deserves his chance for a world title shot.

“It has taken time but we have got there. A win in July on what is turning out to be a massive show – Eubank and Abraham will be a great fight – will leave Robbie in line, just one or two fights away, for a shot at whoever is champion. The plan is to fight for the belt later this year or early in 2018.”

Marsh added: “We have got to thank Richard Poxon and the ITV team. They know what Robbie is capable of and have invested in him in. Now we have to make his dream a reality. As Robbie says, he was impressive last time in front of their cameras, but he will be even better in July. He is the best super lightweight in the country, definitely.”