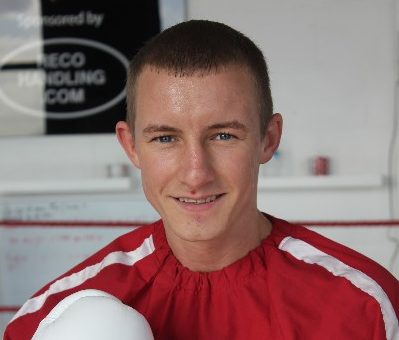 A press conference is scheduled to be held in Liverpool that day where promoter Eddie Hearn will announce the latest addition to his ranks as well as the fights for his September 30 promotion which already features Sean Dodd v Tom Stalker, Rocky Fielding against possibly David Brophy with Natasha Jonas, Anthony Fowler and Tom Farrell also featuring.

Butler, 28, is now a free agent after parting ways with Frank Warren earlier this month.

“As of today Queensbury Promotions are releasing Paul Butler from his current promotional contract,” a statement from Warren’s press office, read.

“We wish him all the best for the future.”

Butler had seemingly been within touching distance of another world title shot at 118lbs against fellow Brit Jamie McDonnell, sadly that fight never materialised and since then McDonnell has been ordered to once again defend his belt against Liborio Solis after a somewhat controversial win last November.

Butler, trained by Joe Gallagher, sits at number 5 in the WBA rankings, 9 in the WBO rankings, 5 in the IBF rankings but no rating with the WBC.

Should Butler be the new face at Matchroom HQ next week, and headlining their September 30 card in Liverpool there are plenty of opportunities for the Ellesmere Port ‘Baby Face Assassin’ to face viable opposition.

A rematch with Stuart Hall, a shot at WBA undisputed champion Zhanat Zhakiyanov or someone like European champion Karim Guerfi would all fit the bill for September 30.

Butler is without a promotional home and all signs point to new beginnings at Matchroom.