Eubank Jr gets past Abraham: Results from SSE Wembley Arena 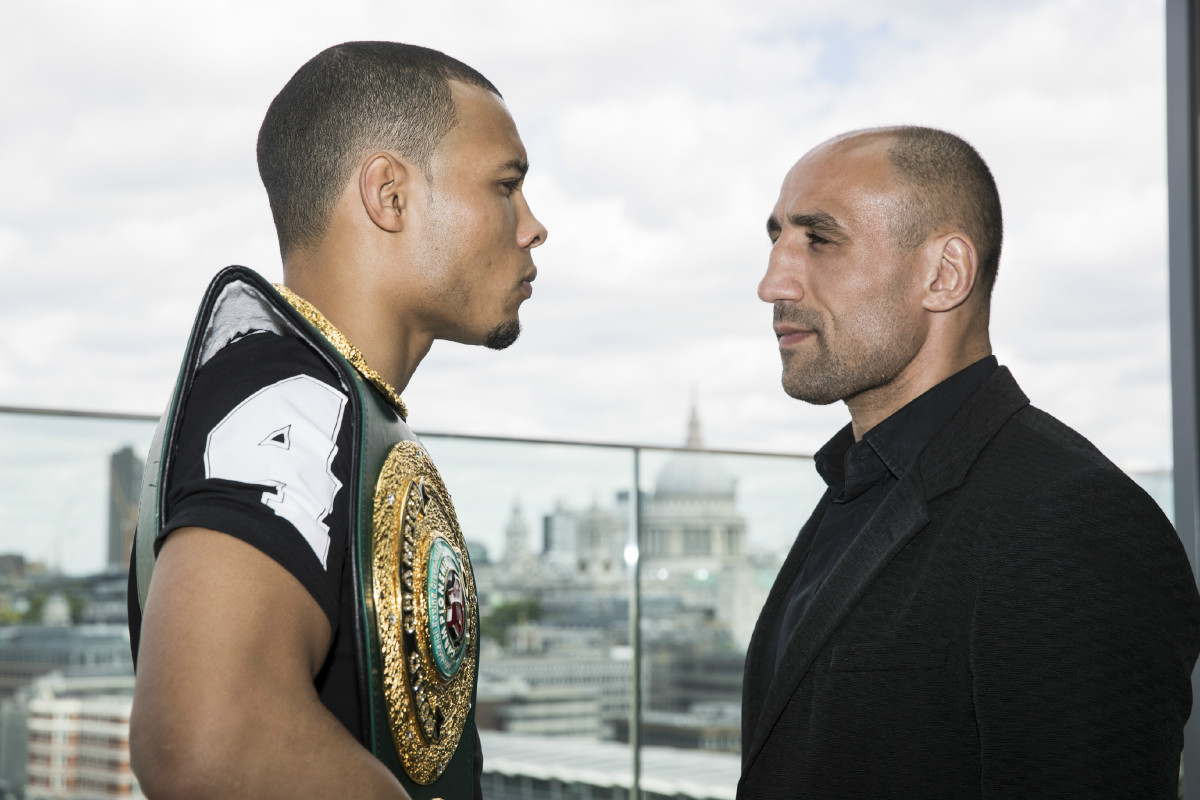 The most surprising thing for me about Saturday nights PPV show on ITV Box Office was quite how popular it had been with fans attending the arena and its transcendence to the casual fan at home. Friends of mine who’s only real interest in boxing extends to an Anthony Joshua fight or the upcoming farce between Mayweather and McGregor were planning their Saturday nights around this event.

Though nobody in England can truly match the draw of Anthony Joshua, there is a tier below that it now appears Eubank sits in – the likes of Haye, Groves and perhaps Bellew also lie here. Some star studded names were trouncing around the arena last night – Frampton, Linares, Groves and Brook to name but a few and though there were many arguments as to whether this card was PPV worthy, it certainly delivered from an entertainment standpoint.

Nathaniel Wilson (4-0-1) opened the show and extended his unbeaten record with a win over Yadollah Ghasemi (1-10-1) early on Saturday night. Wilson came out full of confidence and landed some sharp powerful straight rights, before showboating towards the end of the first round. There were several erratic right hooks thrown in for good measure but the referee waved off the contest after 1.48 of round 2 as the output from Ghasemi fell from little to non existent.

Joe Jackson Brown (5-0-0) also extended his unbeaten start to his career as he made light work of Elvis Dube (7-57-2). The cruiserweight from Banbury mixed it up nicely between head and body and was able to keep Dube at the end of his longer jab for the most part. Both men increased their output in the final round and looked for a finish, but ultimately Elvis left the building with a 40-36 scorecard against him on this occasion.

The final fight before going live on PPV was English Light Heavyweight Champion Joel McIntyre (16-1-0) as he shook off some ring rust and recorded a victory against Remigijus Ziausys (20-78-5) in preparation for his first English title defence in September. McIntyre drove his man around the ring and nearly got him out of there in the final round, but the fight concluded with the Englishman winning via a wide 40-36 scorecard.

Kid Galahad (23-0-0) kicked the PPV card off with a bang as he put on one of the performances of the night against Jose Cayetano (21-6-0). Comparisons were always going to be made to Scott Quigg’s stoppage of the same opponent last December and the Sheffield man more than matched his Domestic rival.

Through 6 rounds it was complete domination – the only blip being a point deduction for repeated low blows. Galahad was repeatedly driving his man into the corner and landing fast combinations before manoeuvring away from the desperation punches Cayetano was launching in reply.

The following 4 rounds continued in largely the same vein, with the output from Cayetano lessening by the minute; The referee eventually called a halt to the contest with 2.14 completed of round 10.

Robbie Davies Jr (15-1-0) was up next and received the ovation of the night so far as he stepped in to what was intended as a routine record building fight against Michal Syrowatka (19-1-0).

The fight began with a bang as the Polish fighter came out aggressively and landed two big shots on the button of Davies, the Scouser replied in similar fashion and it was a back and forth round – resulting in Syrowatka returning to his stool with a cut above his right eye.

Through 5 rounds, Davies has been keen to get his jab into play but his counterpart was more elusive than originally expected and the frustrations were evident from the home fighter. Syrowatka landed a big left hook on Davies in the 6th round which was taken well, but he looked to hold on shortly after to regain his footing in the bout.

Davies started round 7 aggressively but his cut was only worsening, he isn’t landing frequently but his workrate is likely enough to be earning him rounds. In the 9th round it looks like Davies has sealed the fight and simply needs to see out the remaining rounds as he drops the Pole with a left/right hook combination;

Syrowatka looks to be unhurt and Davies was wise not to go chasing a finish. Round 10 ends with both men smeared in blood and Davies in real trouble, forced to hold on. Round 11 begins in similar vein and although he’s proving he can take a shot, the Scouser is leaving his fans extremely concerned.

The fears of all fans in attendance were realised in the final round as Davies was dropped with a huge right hand and although he somehow managed to regain his footing, he was never able to stabilise himself and after a barrage from Syrowatka, both the referee and his corner stepped in to conclude the contest.

Davies was up 106-102 on two scorecards, and 106-103 on the other at the time of the stoppage. Hopefully Robbie can rebuild and come back stronger as there are still plenty of great fights to be made domestically in this division.

Next up was the most evenly matched fight of the night and it played out as such – Martin J. Ward (18-0-2) secured the British title outright in a close affair with Irishman Anthony Cacace (15-1-0).

The fight was entertaining more so for how intriguing the scoring was and how evenly matched the pair were than the action in the ring. It was a largely scrappy affair, and opened with Cacace looking overly reliant on his lead left hand, which was being easily read by Ward. Cacace appeared to ignore his jab and Ward was amassing rounds on work rate alone, despite the fact that the majority of his work was rebounding from gloves and arms.

Neither had enough power to deter the other one, and there was more aggression in the verbals between rounds than there was during the round. The bout was scored 115-114, 116-113 and 116-114 all in favour of Ward.

In light of what has happened outside of the ring this week, it’s amazing that Lee Selby (25-1-0) even went through the ropes on Saturday night, let alone put on the dominating performance that he did.

The first round was probably the tightest as he struggled to pin down Jonathan Barros (41-5-1) but for the following 11 rounds he showed just how far apart the two foes were; Selby displayed his outstanding defence and excellent use of angles as he was unleashing on Barros from places he couldn’t see coming.

Selby picked up a cut in the 5th round after a clash of heads, and the 6th was probably Barros’ best round as he posed a few questions of the Welshman. It was back to business in the 7th round as Selby resumed his dominance and capped off the scintillating display with a knockdown in the final round, though Barros was able to end the round on his feet and suffer a 119-108, 117-110 x 2 defeat on the scorecards instead.

The first round could have been replayed 12 times and given an accurate reading of the fight as Eubank overwhelmed Abraham with his high workrate, whilst Abraham stood firm with his trademark high guard and was largely untroubled. Eubank had his best success when going downstairs to the body and probably should have done this more, but it was clear the Englishman was enjoying this (not sure Abraham could say the same).

The biggest moment of success for Abraham was a big shot that he landed on Eubanks chin in the 11th round, but all this did was spark a fury in Jr who made Abraham pay for what he seemed to feel as a disrespect for hitting him. Eubank pondered and posed throughout and did his best to entertain the crowd and ensure he lived up to his box office marketing.

The final scorecards read 118-110, 118-110 and 120-108 and we know little more about the IBO Champion than we did before the bout. The WBSS should tell us far more than we now know, and following the victory, we now have a bout against Yildirim to look forward to.