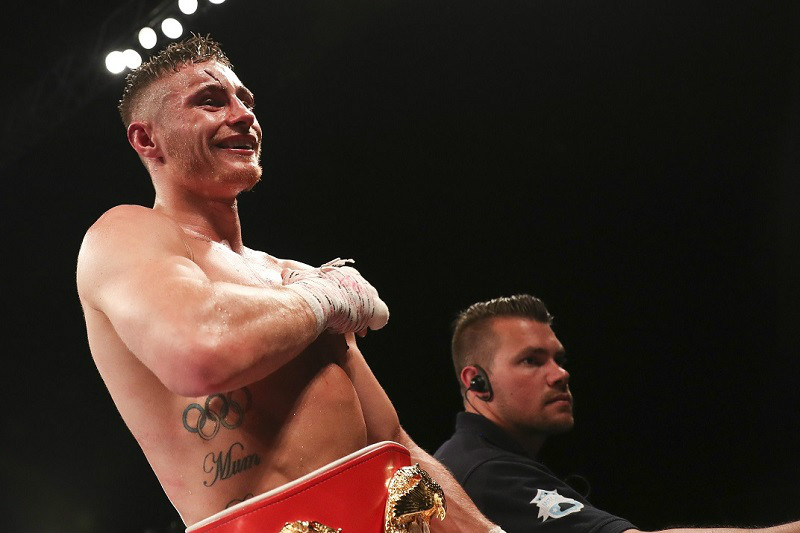 Ryan Burnett will face Zhanat Zhakiyanov in an historic unification clash for the IBF and WBA Super World Bantamweight titles at the SSE Arena in Belfast on Saturday October 21, live on Sky Sports.

Burnett ripped the IBF crown from Lee Haskins in impressive style in June at the SSE Arena and puts the title on the line in the first unification fight to be held in Northern Ireland.

The unbeaten Belfast talent faces a stiff examination if he’s to land the WBA strap in the form of Zhakiyanov, the 30 year old Kazakh trained by British legend Ricky Hatton who is fresh from an impressive February win over Rau’shee Warren in his backyard in Ohio to claim the title.

“I’m very, very excited!” said Burnett. “This is the path I’ve always believed in and asked for – to be not just a World champion but a great World champion and this is exactly the fight that propels me into that position. I wouldn’t have it any other way.

“The Belfast fans have really took a shine to me especially since my last fight, everything has taken off and I’m just looking forward to getting back to the SSE Arena with a packed house behind me.”

“I’ve won against all title holders that my management team put in front of me,” said Zhakiyanov. “In Switzerland in 2011, in Sheffield in against Karim Guerfi, in Vraza against Hector Guzman, in Monaco against Yonfrez Parejo and in Ohio against Warren. Ryan Burnett will not be different from what I’ve always achieved.”

“I’m so proud firstly to be part of history in bringing this huge unification to Belfast but also of Ryan Burnett for taking on this huge challenge,” said promoter Eddie Hearn. “Following his great win against Haskins for the title, it would have been so easy to come back to Belfast with a standard defence but Ryan want to be great and make history and this fight against Zhakiyanov can do just that. It’s a brilliant fight and it’s going to be a special night on October 21 – fight fans can expect an epic main event and a stacked card whether watching in the SSE or live on Sky Sports.”

Details on the undercard and tickets will be released at a press conference next week which will be announced soon.