Around and About with Tommy Dix: Boxing is like being in love with a beautiful woman 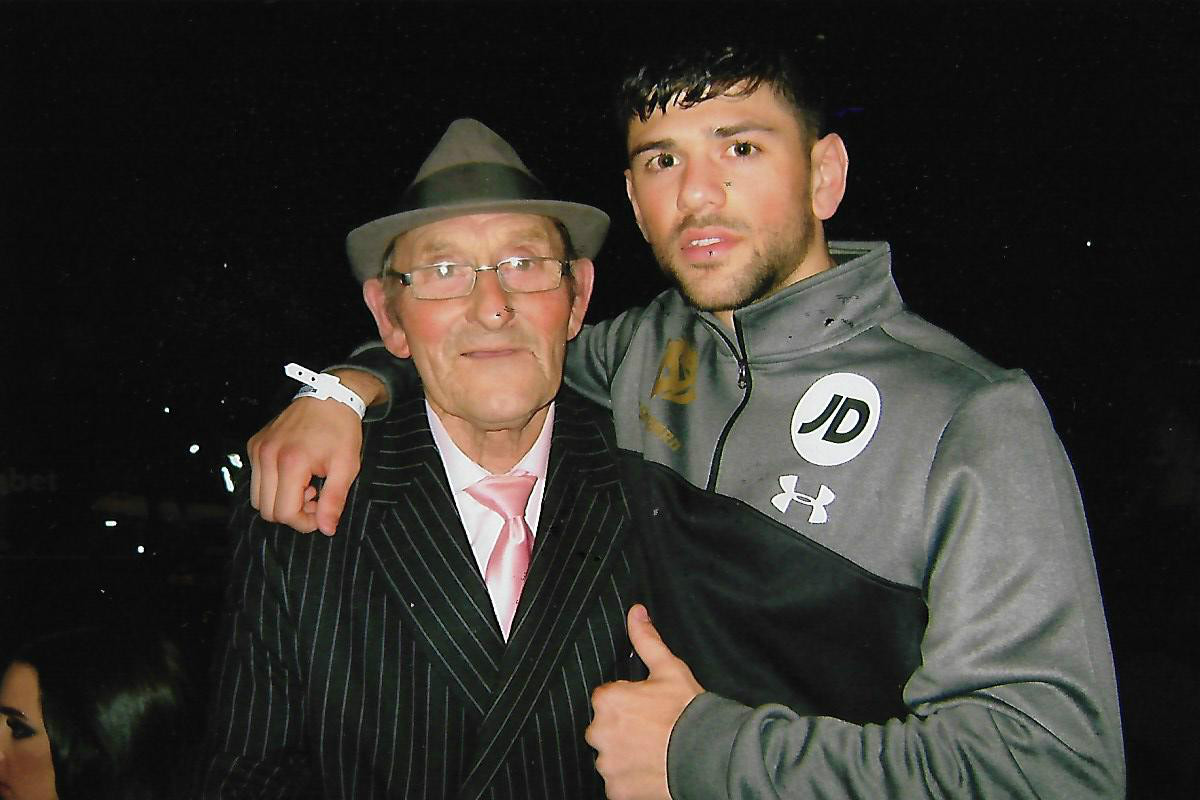 When I look back I realise how fortunate I have been in this funny old game. When I have been asked about my time in the sport, I say it’s like being in love with a beautiful woman, it doesn’t matter what happens you’ll always carry the torch. In many ways it’s a rollercoaster that never stops.

In boxing today all promotion outfits have outstanding prospects, look at Queensbury’s J.J.Metcalfe, Anthony Yarde, Daniel Dubois, Joe Pigford, then Matchroom with Joe Cordina, Joshua Buatsi, Lawrence Okolie, Connor Benn and Ted Cheesman. Cyclone Promotions have their share as well. These boys make me feel young again. However, as much as I am excited about those boys I am very excited also of what I see on the small promotions. 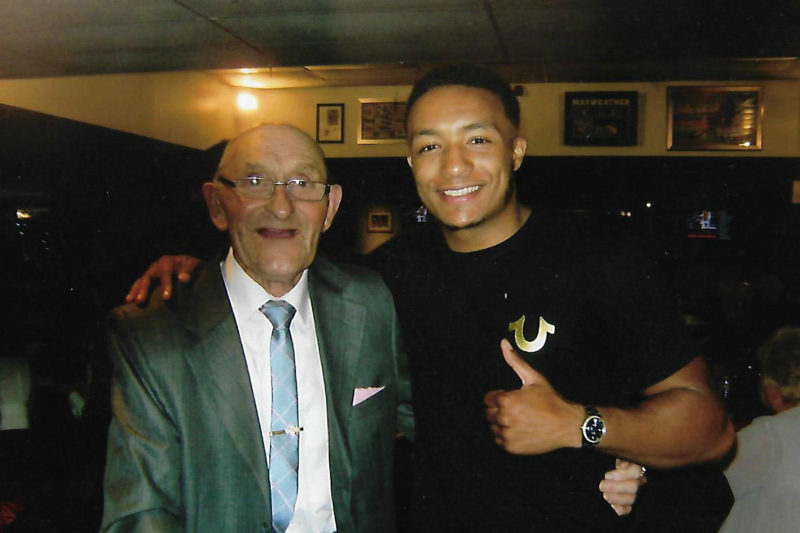 Undoubtedly, one of the greatest natural talents coming through today is Zelfa Barrett. What a fantastic boy ‘The Brown Flash’ is. Not only is he a class act in the ring but a class act outside of the ring, I am sure this boy in time will top the bill on mega shows, if ever there is a champion in waiting it’s Zelfa Barrett with his silky skills, gliding movement and power in both hands. He is the full package, most important though is his mental toughness, underneath it is a steely resolve. This boy’s for real. – Zelfa now unbeaten in 18 fights gets the chance to fight for his first pro title when he takes on fellow Mancunian Chris Conwell on October 16th in Leeds.

Another boy out of the same gym is Zelfa’s cousin, Lyndon Arthur. This boy, to me, is a throwback and all business in the ring There is nothing flash about this boy with his smooth economical movement. No energy is wasted, he’s like a well oiled machine as he goes about his business.

He definitely has the power as his K.O. ratio shows. However, there is more about Lyndon Arthur than punching power. He cuts the ring off, has a tight defence and his movement is fluid. Many in his weight division have received alot of hype and ok, soem of it is deserved.

I feel when the time arrives for Lyndon Arthur to be put on the big stage, hardened fight fans will sit up and take notice. This boy will not be found wanting and it would not surprise me if this boy outshines the lot in his division that are receiving the hype. 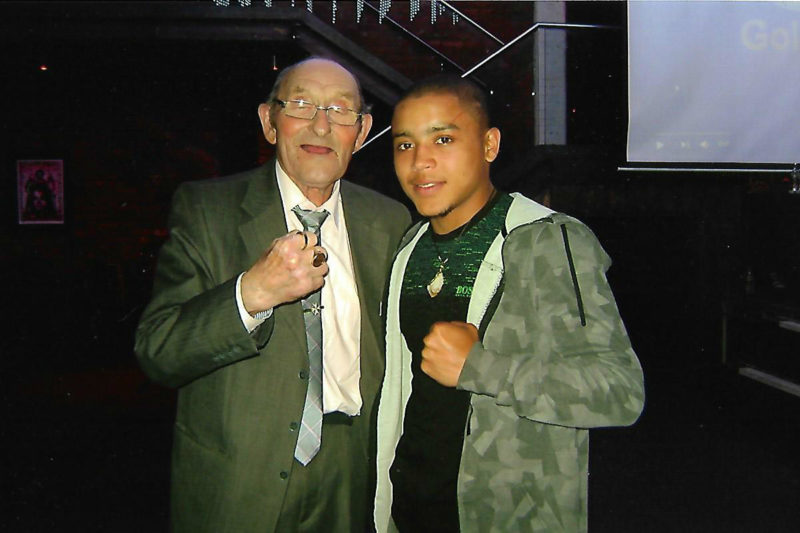 Me with Marcel Braithwaite

One boy I can’t wait to see on a big shwo is Liverpool’s Marcel Braithwaite. He is another boy with silky skills and a natural boxing brain. Some of his moves and adroit defensive skills are natural and the sort of moves that can’t be taught, it’s as if they are his alone and he has patented them.In his last bout on the Black Flash Promotion he put on a virtuoso performance.

I always look at how a prospect handles a tough experienced journeyman. If that prospect can shine against an opponent who’s awkwardness can make him look bad he has indeed got something about him and Marcel Braithwaite is in that mould.People may say Marcel has not caused a stoppage yet, I believe those will come and Marcel is gaining valuable experience and rounds under his belt, such rounds are chapters in a book when you step up to the plate.

I also believe we will see the best of Marcel when he appears on a major promotion, ie the Liverpool Echo Arena. If I was anything to do with a major promoter I’d be in touch with Marcel’s manager as I believe once he’s seen on the big stage he’ll open alot of eyes and people will come out to support him.

Another boy to watch is Luke Willis. He is a nice tidy boxer, well schooled in his early days by his father Kenny, an old friend of mine. This boy go could well go a long way, what I have seen of him I have been impressed by to say the least.

Good variety of punches, good defensive skills, good footwork, able to box on the back foot and good lateral movement.Yes with the talent around the gyms I feel we are in for exciting times with the boys I have mentioned from down South and the North West through Josh Taylor (pictured), Josh Kelly and Lyon Woodstock, you’ve got plenty to look forward to.

The excitement I get around the Noth West in going to the Golden Gloves, Collyhurst and the Venture gyms and seeing the amateurs being able to turn pro with the same trainers as the trainers know their boxers and have gelled with them. That’s why four boys who came to me for advice are with two of those clubs.

One for the future, a young boxer from the Venture, Ben Burnham, in my opinion is cut out for the pro game and I feel if ever he decides to turn pro he’ll make waves and would do Birkenhead and the Venture proud.

Any promoter putting on a show in Dublin could not do better than getting in touch with the managers of these two boys namely brilliant ex amateur star from Kildare Eric ‘The Lilly White Lightning’ Donovan and North Dublin’s Craig O’Brien, those boys would more than pay for their bouts with the tickets they’d sell.