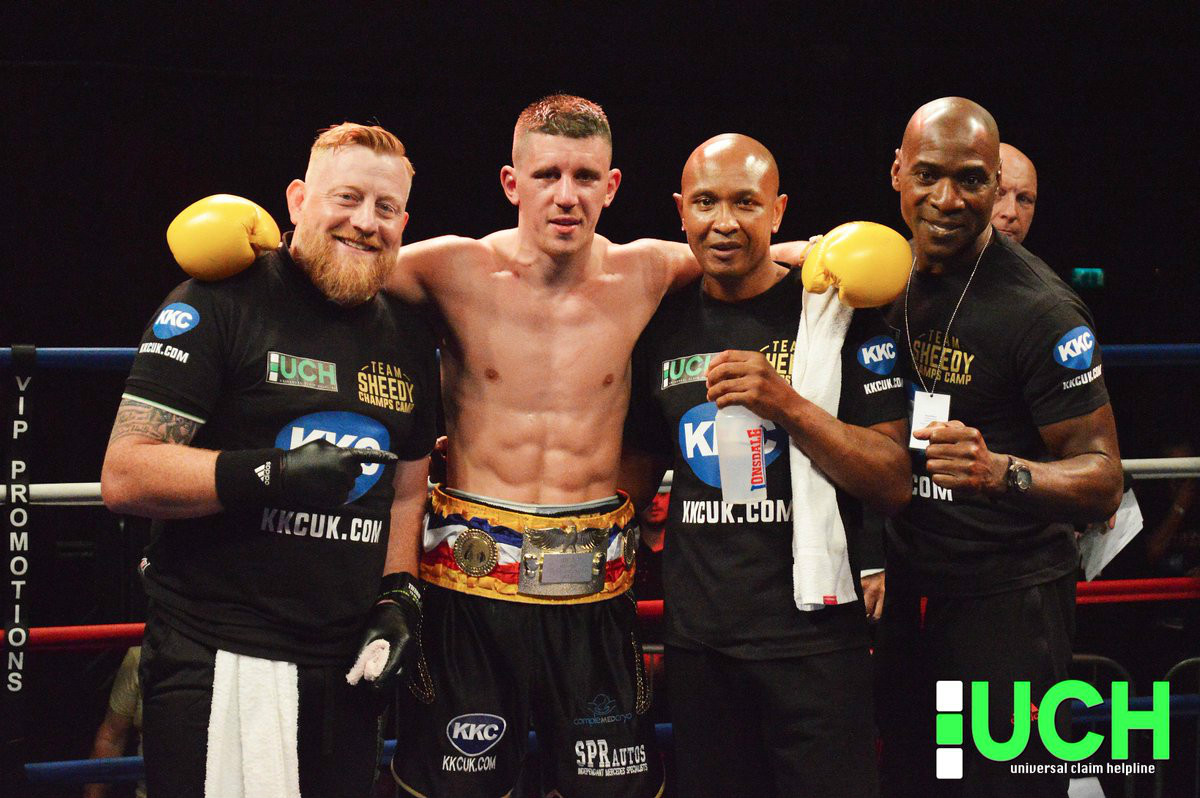 Kicking of what could be considered the first boxing showdown of the season around these parts, this VIP-Promotions bill- entitled ‘Three Amigos’ – offered a stacked card for fans of proper professional boxing.

With eight fights on offer- the evening was headlined by three 8-rounders, where the English Challenge belt was to be contested in each bout.

The first of these saw Arnie’s Gym’s Macauley McGowan taking on the hugely experienced Willy Warburton. As per usual, Warburton offered stiff resistance in what would have been a very useful learning experience for McGowan. At times Macauley was sitting down on his shots well, offering good variation in punching and utilising left hooks to the body. After 8 rounds, Macauley picked up the win in this Super Middleweight contest, winning 68-65.

In an anticipated contest between two undefeated fighters, Ashley Peyton took on North Side Gym’s highly rated ‘Billy The Kid’ Bilal Rehman. This fight was fought at a fast pace from the first bell, with both fighters moving well and engaging in bursts; clearly working each-other out early on. The pattern that emerged saw Rehman comfortable on the back foot, with Peyton stalking and attempting to close off the ring, but being caught by the crisp punching by the taller man.

The fight erupted in the fourth round, with Rehman catching Payton with a switch in stance and a one-two that landed cleanly- forcing a knock-down and an eight count from the referee. To his credit, Ashley Peyton came straight back to recover with a right hand shot of his own.

The next few rounds were fought more evenly, with some around me disagreeing on whether ‘Billy The Kid’ was tiring or whether he was still controlling the fight with his counter-punching. The 7th round saw both fighters exchanging big shots in maybe the best round of the fight for the neutral.

None of this mattered in the end because in the final round, Peyton lost focus after a break call by the referee for an instant- Rehman pounced on the opportunity and floored his opponent with a massive right handed shot. The referee had seen enough, and rightly stopped the fight. Credit to both fighters for a fantastic contest. Bilal Rehman is certainly a fighter that I would pay to see again.

In the final bout of the evening, Ben Sheedy (pictured above) from Champs Camp took on Alistair Warren, in a Middleweight contest for the English Challenge Belt. This fight was a battle for ground, and none was given by either fighter early on. Sheedy showed impressive levels of fitness by maintaining a relentless level of pressure on his opponent, who in turn showed plenty of toughness by sustaining the early onslaught. Sheedy struggled to find the angles to get his shots to land, with most of them caught on the gloves and arms of Warren.

In the fourth-round, Sheedy’s efforts finally paid off, when he stepped to the side to land a perfectly timed right-hand that floored Warren. Sheedy sensed a chance to end the fight early and pummelled Warren on the ropes but the Yorkshireman endured.

The fight continued in this format, with Sheedy’s hugely impressive work-rate unable to put away the experienced Warren. That is, until the final round, when a beautiful left upper-cut finally connected, sending Warren sprawling, being caught with a right hand on the way down. A knock-out for Ben Sheedy, who took his record to an undefeated 8-0-0 (4KO).

Elsewhere on the card, we witnessed two successful debuts; one by Ely Murphy– another by the loudly cheered on Kane Gardner. Bell’s Gym’s Ryan Oliver returned to the ring with a good four round performance, earning him a 40-36 win against Dylan Draper. Charlie Schofield resumed hostilities against as tough-as-they come Curtis Gargano; who entertained the crowd with his hilarious antics, having taken on the fight with a day’s notice! The fight went the distance with Schofield in full control through-out. Callum Pearson also returned to the ring after a year out with a solid performance.

This was another great offering by Steve Wood and VIP, with some great action on display throughout the evening.