Windrush generation boxer appeals to the Home Office for help 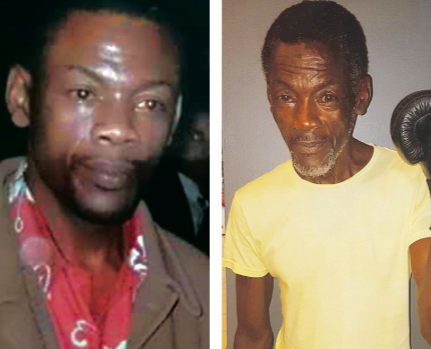 After travelling to Jamaica, former professional sportsman Vernon Vanriel is ill, destitute and desperate to return to the country he still regards as home

AN EX-professional boxer who is part of the Windrush generation is making public appeal to the Home Office for help after being stranded in Jamaica for 13 years.

Born in Jamaica, Vernon Vanriel migrated to the UK in the 1960s to join his mother when he was 5 years old.

He grew up in Tottenham, North London, and went onto launch a successful boxing career. At one point, he was ranked #7 in Great Britain, #14 in Europe and #9 in the Commonwealth.

He is widely regarded as the first of his sporting peers to fill venues with hundreds of black boxing fans.

Vanriel hung up his gloves in 1985 after a string of losses. His final, high profile fight was against Dave Griffiths, where he fell by a technical knock out (TKO).

The 62 year-old left the UK for Jamaica in 2005, with the intention of travelling back and forth between both countries, training aspiring commonwealth boxers.

However, after being robbed of assets which he travelled to Jamaica with and with no close family members around to call on, Vernon ended up living on the streets in a matter of days. This was compounded by severe mental illness.

Eight and a half years would pass before Vanriel eventually secured a roof over his head.

“To find accommodation is not easy. There’s no social security, homeless shelters, nothing – government don’t business about you.”

Despite having lived in the UK for 45 years, Vernon has been told that he no longer has right of abode in the UK and will need a temporary visa to visit.

Vernon rose to prominence in the late 1970s and was a contemporary of black British greats such as Maurice Hope, Lloyd Honeyghan, Kirkland Laing, Bunny Sterling and Lennox Lewis.

Speaking exclusively to Nadine White in Savanna-La-Mar, Jamaica, Vanriel presented much differently from his glory days. Emaciated and tearful, Vernon described the harrowing experiences that he’s endured in recent years. He barely had shoes on his feet.

Vernon said: “Things have not gone right almost from the start. I am out here on my own. At one stage, I slept in Savanna-La-Mar hospital, I’ve slept on graves, tombstones, derelict buildings. You just don’t know!”

During his years in Jamaica, Vanriel’s health has suffered. He has been seen by doctors several times over the last 11 years, for progressive weight loss, weakness and pain. Despite multiple investigations, a diagnosis remains unclear.

Due to his illness, the former boxer hasn’t been able to secure and maintain work and says he is in constant fear for his life.

He said: “I’m worried in case something goes wrong during the night. It’s the nights and the mornings that I keep getting these pains – it wakes me up.

“It was shortly after moving here that I noticed that I was sweating a great deal and my left foot was giving me lots of pain. Ever since then I’ve been losing weight and have grossly deteriorated physically. It is soul destroying, when I look in the mirror and see what I’ve come to.”

Vanriel also lives with bipolar disorder – a diagnosis he received in the UK, around the time of his retirement. Over the last 13 years, Vanriel’s sole source of income has come from his sister Lynette, who lives in north London.

Lynette, told Nadine White: “Vernon is very well known in the boxing world. To be quite honest, he needs support because he is very ill.

“Had I not been able to help him, he would’ve died already.”

some old pictures of him – you’d never believe it was the same man.”

Vanriel is a father-of-three. He has two daughters and a son; none of whom ‘want to know’ him. He said: “Lynette helps when she can and I honestly don’t know where I would be without her.

“When she sends money, though, a lot of the time it goes straight back to the people I have to borrow from, so it goes nowhere.”

The ex pro-boxer had previously been taking antidepressants but, for over a decade, this condition hasn’t been effectively managed.

“I was an inpatient at St Ann’s Psychiatric hospital in the UK on 13 different occasions. That’s when I fell off of the boxing scene altogether.”

Now, he is appealing to the British government for leave to re-enter the UK, which he once represented in sport and where he lived and worked for 45 years.

He said: “I honestly don’t know how I have been surviving this long. When I think about my past, it makes me happy and that’s what I live on. I’ve nothing else.”

Update since going to press.

As of Tuesday 29 May, a Labour party representative has advised that David Lammy MP has written to the Home Office about Vernon’s case and an investigation is underway.
This story is developing.