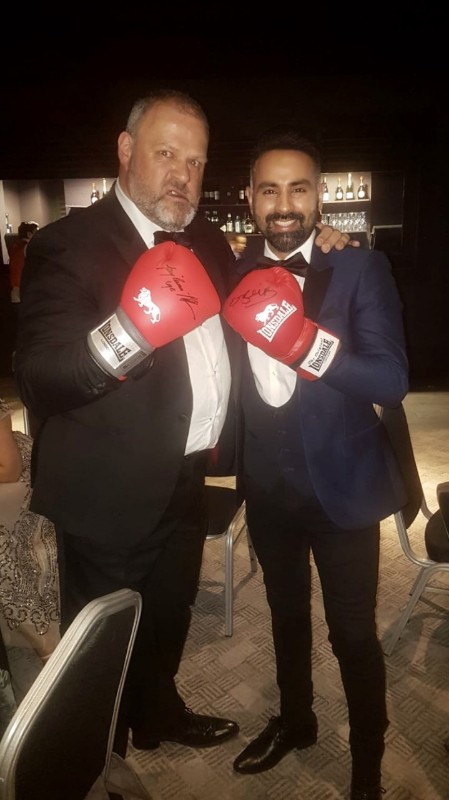 Just thought I would share with you a warming feel good story during this cold January. On Saturday 12th January of this year I was invited to The North West Confederation of Passenger Transport (CPT) Annual Dinner Dance. A real mouthful I know…

I was invited as a guest of Chairman and good friend of British Boxers, Richard Bamber of Anthony’s Travel, with a view to auctioning off three signed boxing gloves. One of his employees recently had been diagnosed with cancer and therefore the auction was to raise money for Macmillan, which serve a fantastic role in supporting cancer victims.

The evening kicked off with drinks flowing and everybody in fine fettle, two courses down and its auction time. I  must admit I was nervous but when I realised that the crowd was on my side so to speak, the auction began in earnest with good bids flying in from people.

Three gloves were auctioned, signed but Kell Brook, Tony Bellew and Tyson Fury. Due to some generous people and good natured competition, all three gloves found a happy home and most importantly a total of £900 was raised for this excellent charity.