The growing role of tournament formats in British boxing 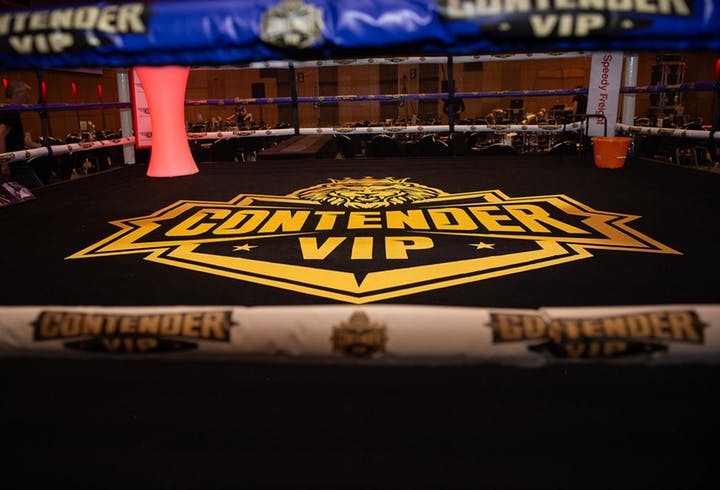 Innovative new formats were inevitable given the exponential rise of broadcasting revenue, as well as the increase in competition amongst sports looking to be as valuable as possible to the leading platforms.

The new formats are travelling a path that was paved by the immense success of Matchroom’s Prizefighter tournament over eight years ago. In an article examining the significant impact Prizefighter had on British boxing, promoter Eddie Hearn recently emphasised to the Boxing News ‘he’s still a fan of the competition’.

From its very conception the eight-man tournament captured the imagination of audiences, filling arenas even without a household name on the card. If Ultimate Boxxer, which has a similar format to prizefighter, can reignite the momentum and engagement of the tournament it can become an anticipated part of the British boxing calendar.

A consequence of prizefighter’s success was that fighters could use it as a platform to elevate their exposure and propel their career to the next level. There’s no finer example of this then the story of the inaugural winner, Martin Rogan.

The previously unknown Belfast taxi driver seized the opportunity and stunned boxing insiders by seeing off Commonwealth Games gold medalist, David Dolan, at York Hall in 2008. It was a moment that not only opened up a myriad of unlikely opportunities in the career of the gritty Irishman, but also underlined that promoters and broadcasters can have success when it comes to creative and innovative formats.

In contrast to ‘Golden Contract’, the Ultimate Boxxer format condenses fights into 3 x 3 minute rounds, as it seeks to elevate the action of the contests and make the events more engaging to a wider audience.

Since its debut tournament in April 2018, which aired on free-to-air TV channel 5Spike and was won by Northampton’s Drew Brown, the show has experienced immense growth picking up a plethora of new sponsorships and agreeing broadcasting deals with BT Sport and BoxNation.

Following the agreement of the deal with BT Sport, Ultimate Boxxer Director Paulie Malignaggi, stated: “When we started this last year we wanted to give the biggest platform possible to the competing fighters.

“It is great that BT have bought into the ambition to keep evolving the sport and also engage digital audiences. I’m very excited to watch some amazing stories unfold on this journey and see the tournaments evolve.”

Underlining just how successful the format has been, the 13th of December will mark the sixth Ultimate Boxxer event since its formation. As eight heavyweights embark on Manchester in a bid to capture the prize money and propel themselves to a new level.

The tournament, will feature undefeated prospect, Jonathan ‘God Speed’ Palata (7-0) as well as the Scott Welch-managed contender Nick ‘Wild’ Webb, in what has been described as the format’s ‘strongest line-up yet’.

Whilst it may not represent the dream spectacle for purists of the sport, being able to enrich the bustling boxing schedule with unique content without drawing on the help of YouTubers or MMA fighters surely has to be seen as a positive.

MTK’s Golden Contract is likely to be a far more alluring prospect for avid boxing fans, not least because it leads to a host of intriguing matchups between recognised and respected talents.

The tournament is currently underway in two weight classes, with both quarter final cards producing heightened drama and absorbing contests.

In October, featherweights Leigh Wood, Ryan Walsh, Jazza Dickens and Tyrone McCullagh all booked their place in the first set of semi-finals, whilst last night saw Ohara Davies, Tyrone McKenna, Jeff Ofori and Mohamed Mimoune all secure a spot in the last four of their respective competition.

The stakes of well matched contests are amplified as the overall winner lands the life-changing prize of a two-year promotional deal that secures six-figure purses for each bout along with the added benefit of guaranteed global exposure.

Following a deal with Matchroom Boxing and Sky Sports, Eddie Hearn praised the competition: “It’s a great format – quarter-finals, semi-finals and the final. The winner comes out as a bit of a superstar and also goes straight into a major contract with a promoter as well.

“Get them in there, make the draw, no-one can duck anyone, no seeding. Go and beat them and run all the way to the final.”

An added allure of the tournament is that it leads to match-ups that previously wouldn’t have been made, forcing fighters to roll the dice and test themselves at a higher level or take 50-50 domestic clashes as they seek to accelerate their career.

This is also very much the case for the Contender VIP shows, taking place at Manchester’s Hilton Hotel the events combine a glamorous scene with two nights of exciting boxing.

The event is hosted by one of the UK’s brightest up and coming promotions and is held to honour the memory of Manchester boxing icon, Phil Martin. The former light-heavyweight founded the Moss Side Boxing Club, ‘Champs Camp’ and is rightly regarded as a key part of Manchester’s cherished boxing heritage.

The next Contender VIP event is set for December 21st and is not one to be missed, with it featuring a clash between unbeaten light-heavyweights Boris Crighton and Diego Costa, as well as an intriguing battle of highly rated middleweights John Telford and Kyle Lomotey. BBTV will be covering the ContenderVIP show live on our Channel.

All three formats not only provide intensified and absorbing fights, but they also deepen the narrative for the watching audience, it means they can play an integral role when it comes to invigorating the British boxing calendar and widening the reach of the sport.