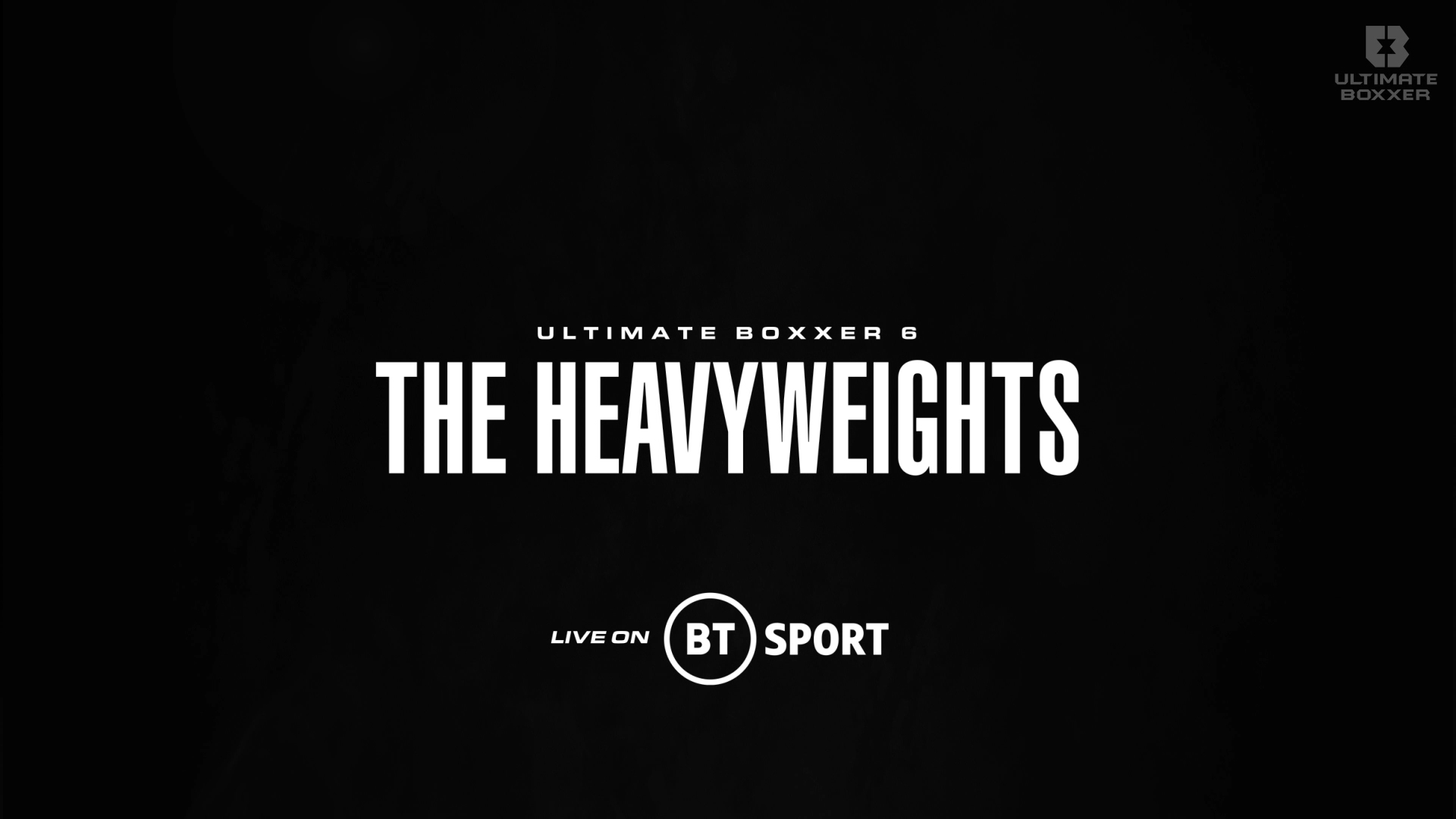 “I like this type of tournament only if people are equally matched. The most boring editions of Prizefighter I remember were the ones where you had one or two contestants standing way above the others in terms of experience and skills and thus fighting their way to a foregone victory through mismatches. What we have here is genuine 50/50 quarter finals” says boxing historian and pundit Steve Bunce about the line-up for Ultimate Boxxer 6-The Heavyweights, the latest instalment of the increasingly popular one night tournament which will take place this Friday at the Planet Ice Arena in Manchester.

“Most of the time, winners are not the favourites but those who benefit from the draw and the type of fights they have on their way to the final and that’s exactly the beauty of it. What we see too often in world level boxing is bouts where the winner is too obvious and predictable, especially at heavyweight” he also adds and he is right. Good matchmaking and unpredictability definitely proved the key elements of the format so far and all things considered this might just turn out to be the best Ultimate Boxxer yet.

There are just so many different things at stake for anyone involved and so many factors in the balance to make it very intriguing and difficult to call.

The most experienced guys are looking at it as a mean to an end in order to propel their career to the next level. “My promoter Frank Warren let me make my own decision and I grabbed it with both hands. This will be good for exposure. Also, at my age I need to get on with it and make things happen as quick as I can” explains Jonathan Palata ( 7-0, 3 KOs),  who enters the tournament as one of the favourites. Jay McFarlane (10-4, 5 KOs), who stole the show at the press conference, agrees: “I am the youngest in the line-up but one of the more experienced nevertheless. I fought at Madison Square Garden but this is another level and fits my personality to the tee. I am bold, loud and very good at selling a fight. If I had this type of media coverage before, I would have progressed much further in my career”.

Talking about experience, Kamil Sokolowski (8-15-2, 3 KOs), who holds a win on fellow contestant Nick Webb (13-2, 11 KOs), sports the most important record including names like Dillian Whyte, David Price, Martin Bakole and Nathan Gorman, although he lost to all of them. He carries extra motivation as this is for him a chance to get rid of a journeyman tag he never wanted. “I took on Dillian Whyte in only my second fight because my mindset is to fight anybody at any time and I went in there to win. I did not lose against Lucas Browne and Sam Sexton, those results were controversial. This is the turning point in my career where people will realize I am a genuine contender and hopefully it will lead me to titles”.

Even though most of the contestants already shared a ring before and are familiar with each other, they all agree that this is a completely different scenario where anything can happen. This is especially true in the Heavyweight division, where one punch can change everything. Still, revenge is definitely on the agenda for some of them.

Chris Healey (8-6, 2 KOs) previously lost to Mark Bennett (5-0, 1 KOs), Palata and Webb, the latter being his opponent in the first quarter final. “I am delighted with the draw and looking forward to set the record straight” he says. “The three round format suits me better than it does him. I am a former ABA finalist with seventy bouts on my unpaid record. I fight at a high pace and have both power and speed”. Unsurprisingly, Webb disagrees: “Different format, same story: a repeat for me. I train for power and explosiveness. Most of my stoppage wins happened within the fist three rounds anyway”.

Of course, each man in the tournament believes he has the right experience, style or attributes to win but Josh Sandland (4-1-1) sees his whole life, inside and outside of the ring, as preparation to this particular moment. “The timing is perfect” he explains. “Everything that I have been through, from my rugby experience to struggles with money and lack of career opportunities, has prepared me for this. I got the fitness, the style and the motivation to put it all on the line and win”.

The most understated characters in the roster are probably Mark Bennett (5-0, 1 KOs) and Danny Whitaker (2-0), who stepped in to replace Sean Turner. “I actively chased this opportunity but I don’t really care about being in the limelight” says Bennett. “This is strictly business for me. I was chasing a Central Area shot but I think this might put me in contention for an English title. I am a friendly guy and am not interested in the hype. I do my talking in the ring”.

Whittaker, who is matched against Palata in the quarter final, is very realistic and honest about his chances. “I came into the pros from a White-collar boxing background and I know I will not become a world champion” he admits candidly. “I just want to see how far I can go, without any expectation. But with no hesitation either and that’s why I took this chance”.

Common sense would point at Webb, Sokolowski and Palata as the best choices for a likely winner but another variable in the equation is the “Ruiz Jr” factor: will the most experienced fighters take their opponents for granted and slip?

Palata, who consensually had the easiest draw in Whitaker, dismisses the possibility although retaining the dominant attitude he had at the stare down, when he refused to shake hands: “I am looking at him as I would to anyone else. It’s the professional mindset: you treat every single fight as a world title. I question his desire, though. I seriously doubt he wants it as much as me”.

With Dubois most likely moving onto bigger things, the domestic Heavyweight landscape will be open in 2020 and a good showing on the night, even if not a winning one (see Kieron Conway), might realistically lead to better things for some of these warriors. All been said and done, we steer clear from picking a winner but we confidently predict another night of knocked down filled wars in Manchester on Friday. Don’t blink!