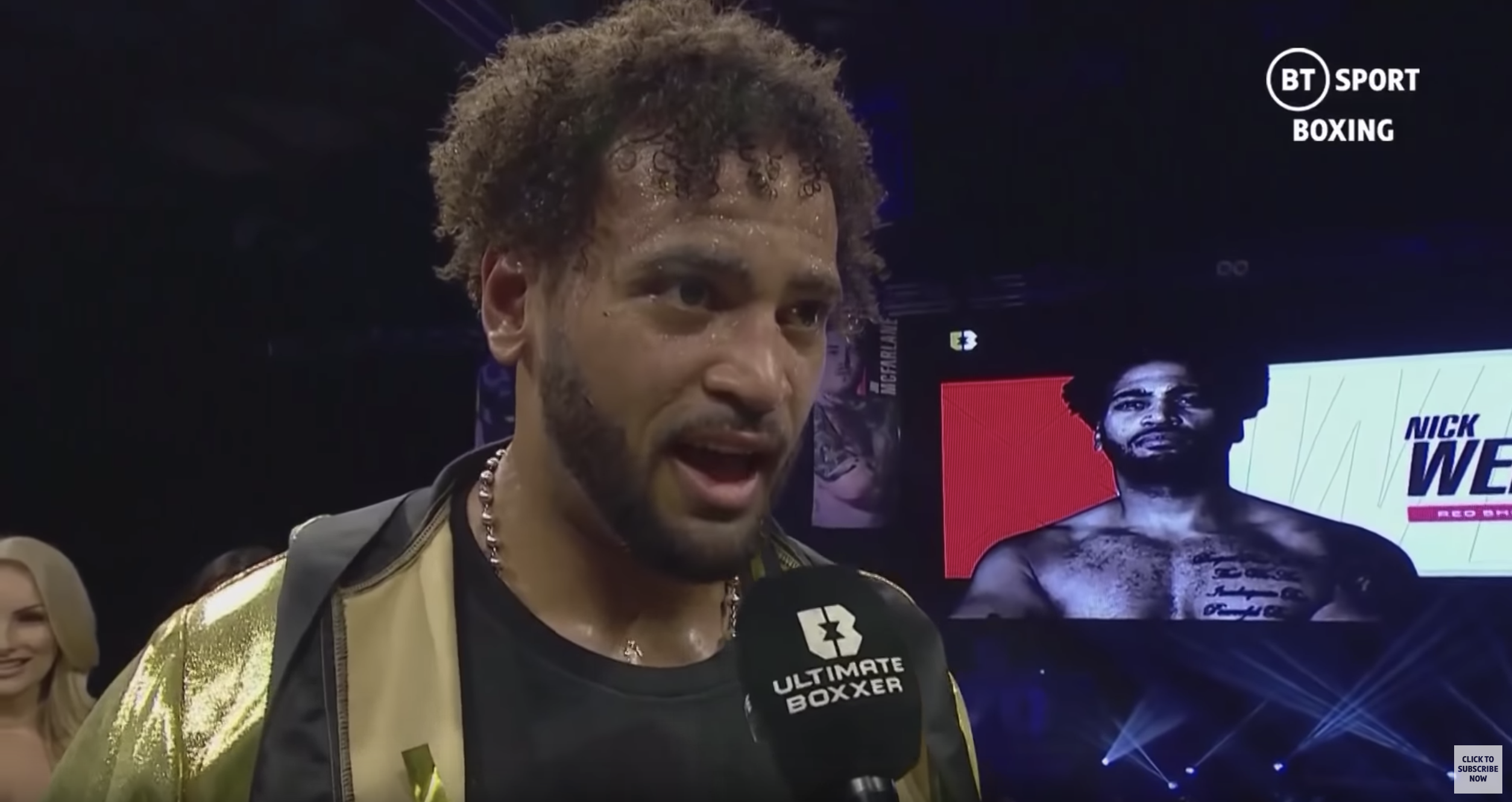 He’s already fought in the ring twice tonight. Battered and bruised he is still hitting hard, persisting through the rounds to be crowned the victor of the Ultimate Boxer 6.

The Ultimate Boxer 6 heavyweight tournament was an all-out battle between eight,18 stone plus fighters. The contenders where a mixed batch in terms of appearance there was the favourites such as Jonathan Palata and then a number of underdogs which most spectators had already written off. But in this weight class, you can never be certain what will happen when each punch has the potential to stop the fight. The most shocking boxing upsets have occurred in this division and the 6th Ultimate Boxer would be no different.

The first bout of the tournament set the pace for the rest of the night, although many of the fighters knew each other before the tourney no one was holding back the punches. Every fighter had their minds fixed on winning the competition while also displaying their best performance for the crowd and boxing fans watching on BT Sport.

The first fighter to step into the ring was Mark ‘Bad News’ Bennett a fairly unknown fighter. With a record of 5-0, the former British soldier was a wild card in this competition. His opponent was Jay ‘Ghost’ McFarlane who holds a professional record of 10-4. The Glaswegian brought his personality and positive energy to the ring and gave the fans a show to remember but it wasn’t enough to get him through to the next round.

Next to step into the ring was former journeyman Kamil Sokolowski he would face Josh Sandland a former professional rugby player who’s making his mark in the heavyweight division. Both fighters were going blow for blow, back and forth but there could only be one victor and it was Josh Sandland who would go on to the second leg.

The third fight of the night was between Nick ‘Wild’ Webb and Chris ‘Hurricane’ Healey. Both fighters had faced off in the ring in the past with the win going to Nick Webb via TKO. Chris came out strong in the first round moving around his opponents dodging his attacks but it wasn’t enough to put him through to the semi-final.

The final fixture for the tournament’s first-round would see the favourite square up against the last minute fighter and novice professional boxer Danny Whitaker. Jonathan ‘God Speed’ Palata boasted a clean record of 7-0 and was the favourite to win. Danny came from a white-collar boxing background and only had two fights in his professional career. He took this bout on three weeks notice and despite the odds not being in his favour he outboxed his opponent. You could hear jaws hit the floor in the Planet Ice Arena it was a shocking defeat for Jonathan and an excellent win for the former white-collar fighter.

The semi-finals were underway and first up was Mark Bennett and Josh Sandland – two hard hitters. As soon as the bell rang both fighters exchanged heavy blows letting the crowd know this would be a fight to watch. You could see the physical toll each blow was having on the fighters. Josh was knocked down multiple times but his will power made him stand up and he applied the pressure to mark despite the incoming heavy bombs. By the final round, both fighters were out of gas hanging on for the final bell. It was a great display of determination and one of the best fights of the night but the winner and finalist was Mark Bennett.

Danny Whitaker and Nick Webb would fight it out for the other finalist position. It was anyone’s fight now after Danny had taken out the favourite but Nick Webb entered the ring relaxed. The first round looked like it could go either way but in the last 20 seconds, Danny caught an uppercut that dropped him to the canvas. It was enough for the referee to call the fight and put Nick Webb into the final. Despite being disappointed with the stoppage Danny proved himself to all the critics who had written him off in this competition and asserted his position in the sport.

It was time for the final, both fighters had already stepped into the ring twice tonight and were about to do so for a third and final time. Both fighters touched gloves and ferociously stared each other up and down. The first round was equal with both fighters throwing big punches. They turned up the pressure in the second round with Mark retaliating to everything Nick was throwing at him. By the end of the round, both fighters were physically drained the last round would be the decider. Nick kept his distance in the final round allowing Mark to chase him down but was it enough to defeat the dark house in this competition? The judges thought so and gave a unanimous decision in Nick Webb’s favour. He would go home with the golden robe and biggest share of the £50,000 prize money.