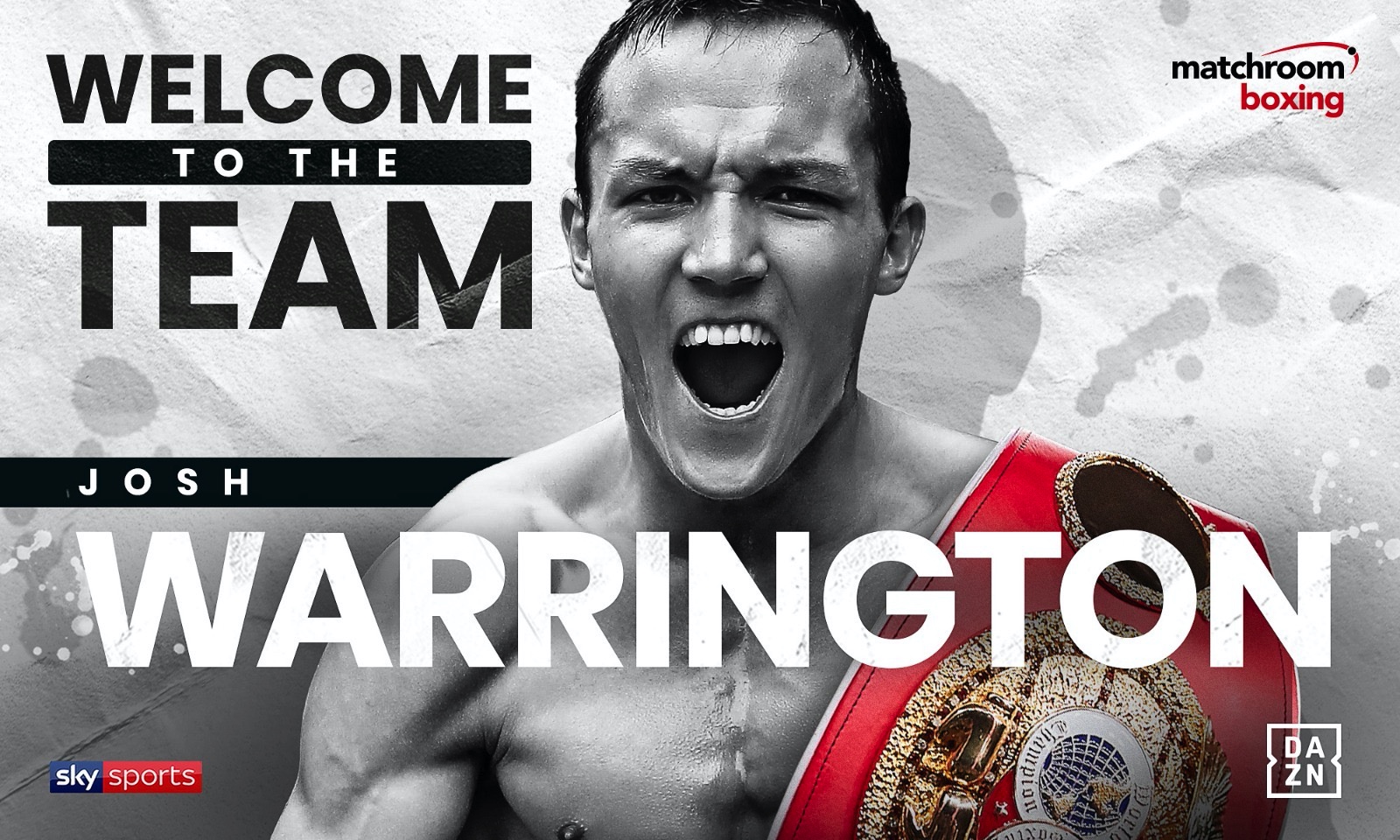 “Josh has some of the most loyal and passionate supporters in sport and we look forward to delivering nights they will never forget. There is so much more for Josh to accomplish and today starts a new chapter in the thrilling Josh Warrington story.”

The move, which has come as a surprise to the vast majority of the boxing world, means that the future bouts of the undefeated IBF Featherweight World Champion will be shown live on Sky Sports.

Commenting on the announcement, Warrington stated: “It’s great to be back with Matchroom, Sky and now DAZN and I’m very excited about the future.  I have enjoyed my time at BT but now I’m looking forward to going on to achieve my dreams of both fighting in the USA and unifying the division.”

Since capturing the title against Lee Selby on an unforgettable night at Elland Road in May 2018, ‘The Leeds Warrior’ has enjoyed an exhilarating few years.

Six months later, he once again overcame the odds and defeated two-weight World Champion Carl Frampton in a captivating contest.

In the second defence of his title, Warrington narrowly outpointed fellow Matchroom fighter Kid Galahad, in a scrappy affair at the First Direct Arena in Leeds. Following the bout, the Sheffield fighter has been vocal in calling for the pair to run it back and last Saturday became mandatory for the IBF title, with an impressive stoppage victory over Claudio Marrero.

On the signing, Hearn emphasised: “I’m ecstatic to welcome Josh Warrington back to Matchroom. We had some amazing times helping to build Josh in Leeds and now we reunite at a time when he is the king of the division.

“Josh has some of the most loyal and passionate supporters in sport and we look forward to delivering nights they will never forget. There is so much more for Josh to accomplish and today starts a new chapter in the thrilling Josh Warrington story.”

“We are getting towards the latter stages of my career now, 11th year, world champion and unless you’re going to reign for however long, I don’t see myself being in the sport forever. So I only want big fights now, if I could have it my own way, it’d be champion after champion.

Just last month, BBTV caught up with Warrington at the The Manchester Institute of Health & Performance, where he detailed his plans for the future and why his focus is now on enhancing his already impressive legacy in the sport.

He emphasised: “I’d like to unify the division, then maybe step up to super-feather and become a two weight world champion, that’d be beyond dreams. It’s about making memories over the next few years now and creating a legacy.”

The fight being widely touted for Warrington is a unification clash with undefeated American Shakur Stevenson, who has held the WBO belt since last year.

When asked about that bout, the 29-year-old emphasised: “He’s probably got the likes of Andre Ward and Terence Crawford blowing smoke up his arse telling him he’s special, we’ll get him in the lions’ den at Elland Road or Leeds Arena and see how special he is then.

“I would go over there but I don’t think he’s got much of a fanbase, he’d probably sell about 500 tickets.”