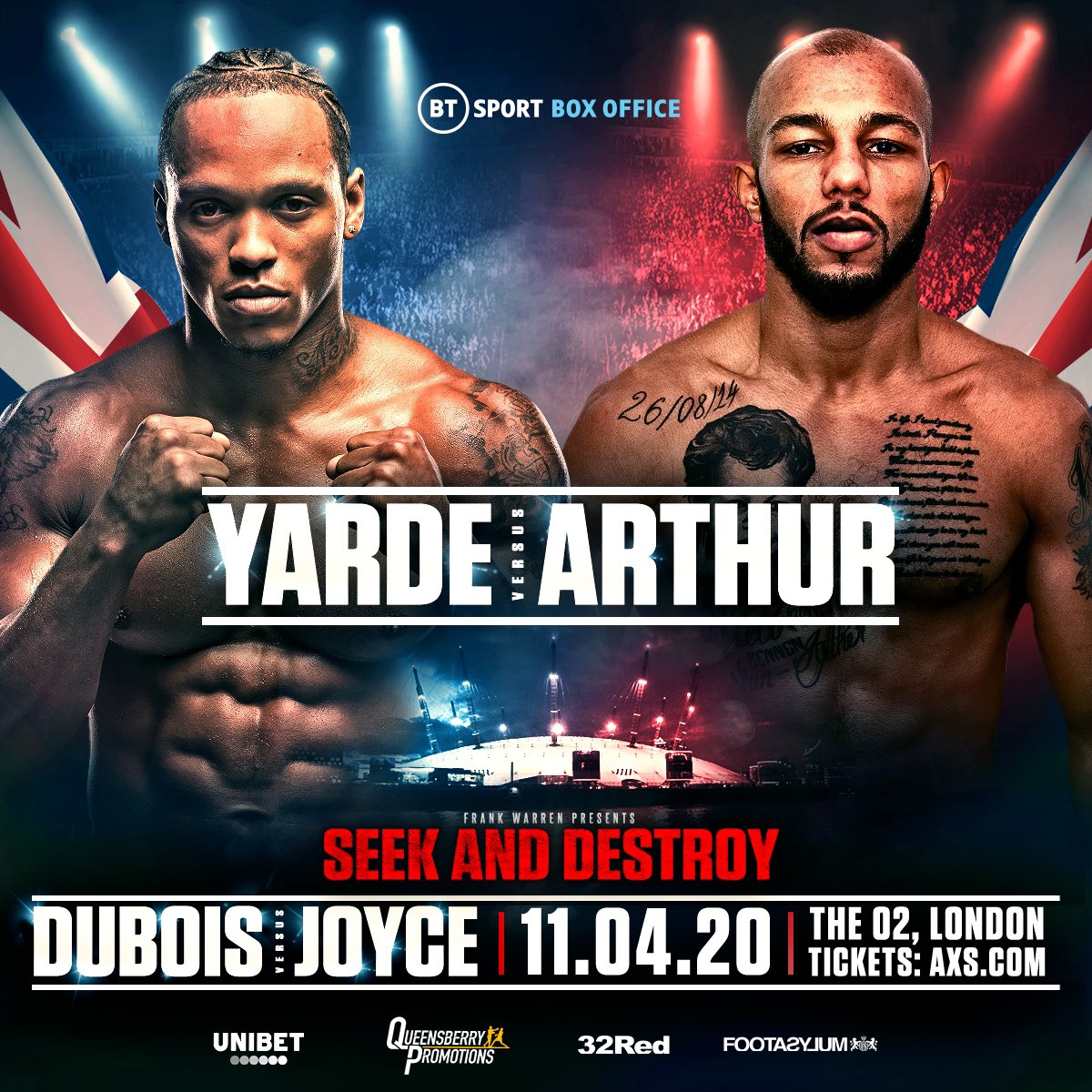 Manchester’s Lyndon Arthur has vowed to get the job done at the 02 Arena when he takes on Anthony Yarde, in what promises to be an explosive contest next month.

At the Collyhurst and Moston Boxing Gym, a place where the 28 year old will be moulded into the peak of physical condition as he prepares for his April 11th clash, Arthur  emphasised to BBTV he has ‘always wanted fights like this’.

“It could be a main event”, he said as he revealed there has been a big reaction to the fight being made.

Pondering why the fight has drawn such excitement and intrigue he added: “I guess it’s because it’s the first time me and Yarde have fought British opponents with some stature behind them.

“Everyone seems to think we are both untested, obviously Yarde has fought Kovalev I had a tough fight last time out for the Commonwealth title, I guess people are just intrigued by it. Everyone likes a good British fight and that’s what this is.”

Following an acknowledgement that the fight marks a step up for himself, he continued: “It’s what I have always wanted, I have never had that fear factor in a fight yet, even against Emmanuel Anim. This is not a case where I don’t think I’m going to win, but there’s just that extra bit of nerves and it’s a big fight, I’m excited for the build up and I’m excited for the fight.

The fight brings together two of the division’s heaviest hitters and something Arthur underlined: “I believe if I land that’s it and I’m sure he believes the same. I’ve got great natural power, he has, everyone knows it’s no secret we have both got power, I’m guessing people will say he has more power as he has more knockouts, but I believe in my power, I believe in my right hand, my left hook and my uppercut. I have power in both hands.”

When asked how he anticipates the fight playing out a characteristically laid back but confident Arthur affirmed his belief that he’ll get the job done: “We’ll see how the fight goes, but I’m going to win, I’m confident of that.

“We’ll see how the fight pans out, I could knock him out, I could outpoint him, but I’m confident I’ll get the win.”