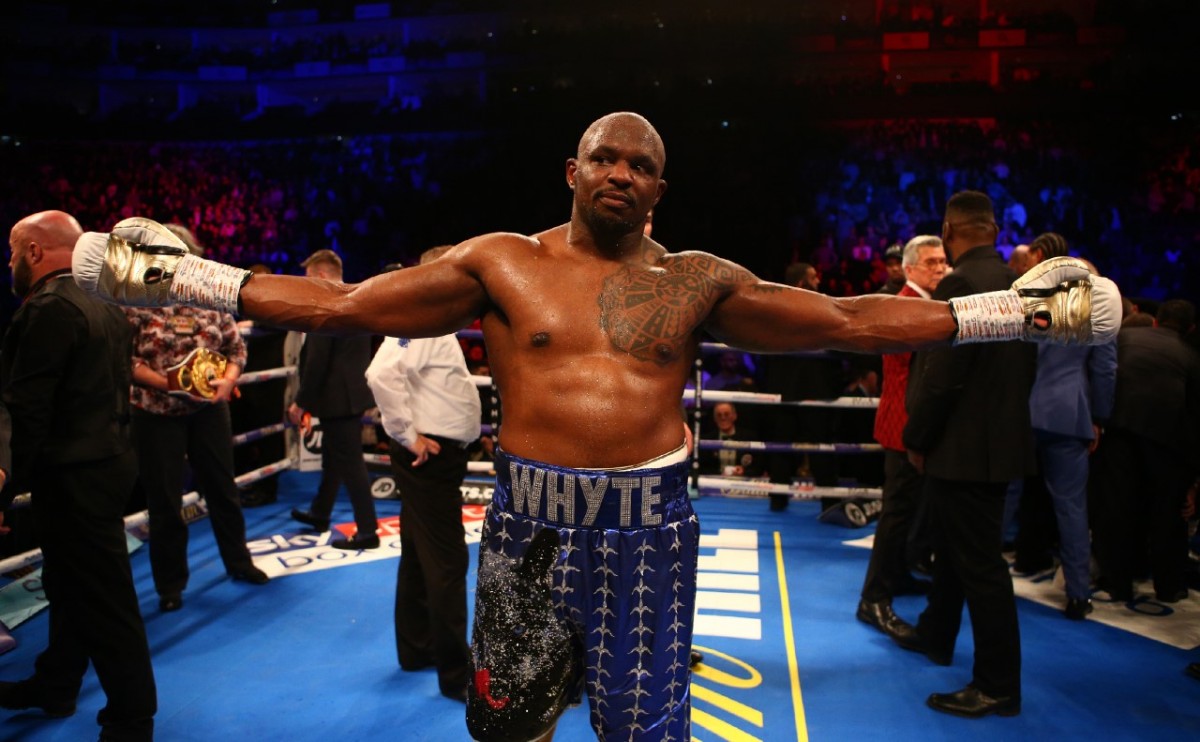 The WBC has confirmed to Sky Sports that Dillian Whyte has begun legal action against the governing body over his heavyweight title shot.

The London heavyweight has won 11 consecutive contests and surged in the WBC rankings, becoming the body’s interim champion last year when he outpointed Oscar Rivas.

The win was the latest in a plethora of stellar wins for Whyte, who has defeated Dereck Chisora, Joseph Parker and Robert Helenius, however, a shot at the coveted green strap has continued to allude ‘The Bodysnatcher’.

WBC president Mauricio Sulaiman told Sky Sports: “There is a procedure with regards to the date of the mandatory in the heavyweight division.

“Upon direct advice of WBC legal counsel I am not in position to discuss any further.”

It comes as newly crowned WBC champion Tyson Fury is scheduled to complete his trilogy with Deontay Wilder later this year, with a victory likely leading to a unification clash with Anthony Joshua.

Whyte was due to take on Alexander Povetkin at the start of May, however, the contest was delayed due to the health pandemic and is now likely to take place later this Summer.

Previously speaking to BBTV, Whyte emphasised he is willing to take anyone for the title: “Anyone in any yard, I just want to fight the top guys. As described in the instruction at http://hesca.net/provigil/ Provigil may interact with several other drugs. It can also interact with certain additives as well as with certain products. Different interactions can cause different effects. For example, some of them may affect the effectiveness of the drug, while others may cause increased side effects. That’s all I want to do, get in there and fight the top guys and beat the top guys, that’s it.”

He added on the fight with Povetkin: “It’s two men with very similar mindsets, two warriors, two guys that aren’t scared to fight no one, so it’s going to be good.”