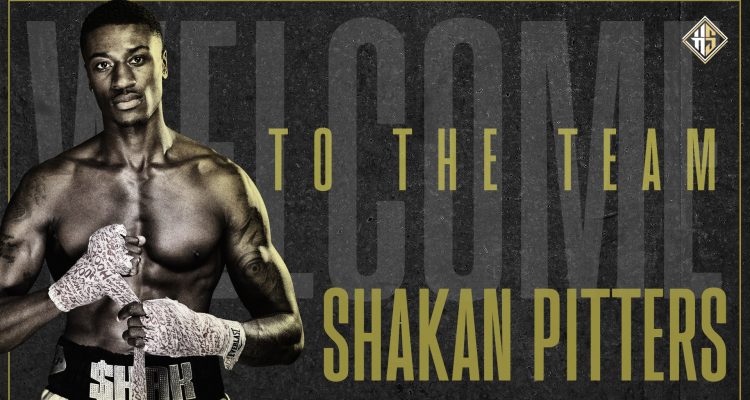 The Birmingham fighter has won all 13 of his fights since turning professional in March 2017 and first came to public attention when he breezed through the Ultimate Boxxer 2 tournament in November 2018, winning three fights in one night to claim the top prize.

The move means light-heavyweight will have his bouts aired on Channel 5, commencing with his mouthwatering August 22nd clash against Chad Sugden, for the British title.

Pitters’ natural athleticism was evident at an early age when he competed to a high-level boxing in the juniors, but he was also a youth trainee footballer at West Bromwich Albion during his teenage years until he was released and then returned to boxing and pursued a career with his fists in the pros which has proved to be a dynamite choice.

Boxing also runs in the family blood with his father Colin, a professional middleweight in the early 1990s who once fought WBC World Champion Richie Woodhall and top pros Steve Foster, Neville Brown and Adrian Dodson, plus his uncle Rob was also a top light-middleweight prospect.

Commenting on the deal, Pitters said: “I’m absolutely delighted to sign with Mick Hennessy and join the Hennessy Sports stable. My career is at the next stage and I believe that Mick is the man to take me where I want to go.

“His track record of spotting and developing talent into champions is second-to-none and I’m sure I can repay his faith in me by delivering Championship titles.  I’m super excited to be fighting regularly on Channel 5 in front of an audience of million upon millions of viewers and with my fighting style and personality, I have got a fantastic platform to become a household name.

“The next leg of my journey begins on Saturday 22nd August when I challenge for the British title against Sugden.  I’m not looking ahead of this fight, everything we’ve worked towards so far is on the line here and it means everything to me.”

A delighted Hennessy added: “We welcome Shakan to the Hennessy Sports team and look forward to working with Jon as we take his career to the next level and beyond.

“I’ve followed Shakan since he started his career and have always been impressed with him and how he handles himself inside and outside of the ring and it’s fantastic to now be guiding his career.  He’s a physical specimen blessed with great boxing skills, he can box, he can fight, he has a real aura and charisma that will crossover to the mainstream, but importantly his attitude and desire to go to the top and win a world title.

“I really believe that he has something special and with my guidance and his exposure on free-to-air Channel 5, he can become a real star in the sport. The 175lb division is really heating up and Shakan can be in the heat of the action, but first and foremost he mustn’t overlook Chad who is a serious challenger for the British title and will be a big hurdle to get over first.”

"I BELIEVE I'M ONE OF THE BEST FIGHTERS IN THE WORLD!" EUROPEAN CHAMP ZELFA BARRETT WHAT'S NEXT?

“GET OFF MY STAGE NOW!” DEREK CHISORA AND KUBRAT PULEV CLASH AT PRESSER FACE OFF!!

“NO! YOU DON’T NEED TO DO THAT!” DAVE ALLEN LIVES EVERY MOMENT DOING HIS FIRST PRO CORNER AS COACH