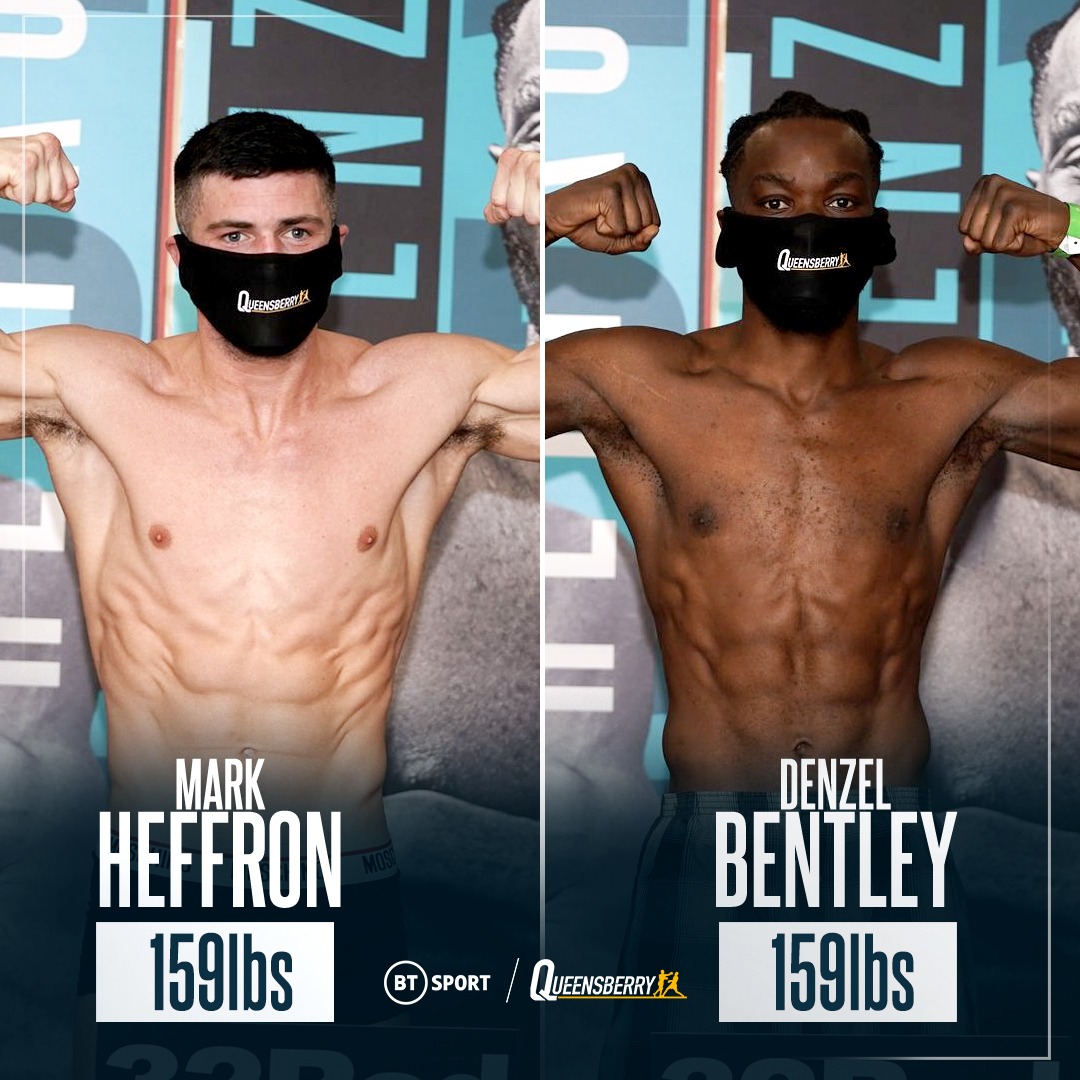 Just two months on from their unanimous draw, Mark Heffron and Denzel Bentley will settle the score on Friday night in a much-anticipated battle for the British title.

Ahead of the rematch, we caught up with Heffron, who emphasised just how well he has settled in at his new gym, as well as why it means so much to become the British champion.

BBTV: Thanks for joining us Mark, firstly, how has training been for this fight?

Heffron: “Training has been going very good, I have had an unreal camp, everything has gone perfectly and I have had perfect sparring – it really couldn’t have gone any better.”

BBTV: The big difference in this fight is that the Lonsdale belt will be on the line, tell us more about how much that means?

Heffron: “The British title, it means the world to me, it’s the belt that every British fighter wants to win. I’m over the moon that it’s on the line and I just can’t wait to win it. I’ve promised that belt to my little girl as well.

“I was supposed to be fighting Jason Welborn for this title originally and he pulled out for whatever reason, so I ended up stepping up a good few notches and fighting Liam Williams, it was a big jump and a big ask. I would say I wasn’t ready for it at the time and he beat me fair and square.”

BBTV: To be fair what he has gone onto achieve since that fight shows just how big a step it was.

BBTV: I was at your fight just before the lockdown, at Oldham Leisure Centre against Ondrej Budera.

Heffron: “He has had a couple of wins since that fight actually.”

BBTV: Oh really? Your fight with him only lasted a round but he did look decent.

Heffron: “Yeah! He caught me with a left hook in the first round and he was quite heavy-handed. He was quite a bit bigger than me as well, he weighed in nearly a stone heavier than me.“

BBTV: Oldham Leisure Centre was bouncing that night, it was a great atmosphere.

Heffron: “It always is at Oldham mate, it’s always an amazing atmosphere they are brilliant fans.”

BBTV: I think nearly all of them were there to see you as well.

Heffron: “Always mate, always. I do really good with the tickets anywhere I fight to be honest, but especially in Oldham.”

BBTV: You went from that atmosphere straight into fighting behind closed doors, how much of a culture shock was it?

Heffron: “If I am honest, a lot of people have said this to me, but I didn’t find it any different what so ever to fighting in the arena at Oldham, because once you are in that ring you forget about the crowd anyway.

“When I was walking out, that was the main difference because normally everyone is going mad and cheering.

“But I think it’s a good thing without the crowd, it keeps you a bit more focused on the fight, especially when you’re walking towards the ring.”

BBTV: If you can get that British title, how excited are you to have a homecoming fight? It would probably be too big for Oldham Leisure Centre now.

Heffron: “There has been talks of me fighting at Oldham Athletic, so get this British title won and maybe one day a get a big fight at Oldham Athletic’s stadium (Boundary Park). It would be absolutely unreal.”

BBTV: The last fight with Bentley followed a pattern of him being on the backfoot, with it being such a quick turnaround for this rematch, are you anticipating he will bring something different?

Heffron: “I am hoping he does bring something because if he doesn’t, he will be getting blitzed again, but this time hopefully the decision is fair. He can’t really do much different though, what is he going to do? Move even more?

“You have seen it the last fight, he tried to come forward a few times and let his big shots go, he is not a big puncher, but his punch power is respectable but it wasn’t enough to push me back.

“I think he is going to move again, but whatever he does on fight night I am going to be ready for, I have had southpaw sparring, I have had come forward sparring and I’ve sparred good movers, I have literally covered every corner, whereas with the first fight I had a lot of coming forward sparring partners, because he had blitzed all his previous opponents, but now I am ready for whatever he brings.

“The reason he moved the way he did was because of the power. He was basically running and surviving.“

BBTV: I guess it comes down to you being able to solve that puzzle and track him down in the rematch?

Heffron: “Definitely. Faster footwork and plenty of feints, good defence and staying on him.“

BBTV: Normally when you join a new camp you may have a transition fight to start, but you jumped in with a tough fight right away, this will be your second fight at the Jennings’ Gym – how much is that going to help?

Heffron: “Massively, I have made so many changes and we have been working on so many things, we have had a lot more time. I had only been there a week and then we got the four-week date, so we were pretty much just working on the fitness for that last fight. This camp now though, we have improved on so many things and you are going to see that on fight night.“

BBTV: You seem very settled at the new camp?

Heffron: “100,000% I’m settled with Michael and Dave Jennings, I am loving it here. I have been to a good few gyms and they just weren’t for me, but I am settled here and I am more than happy.” 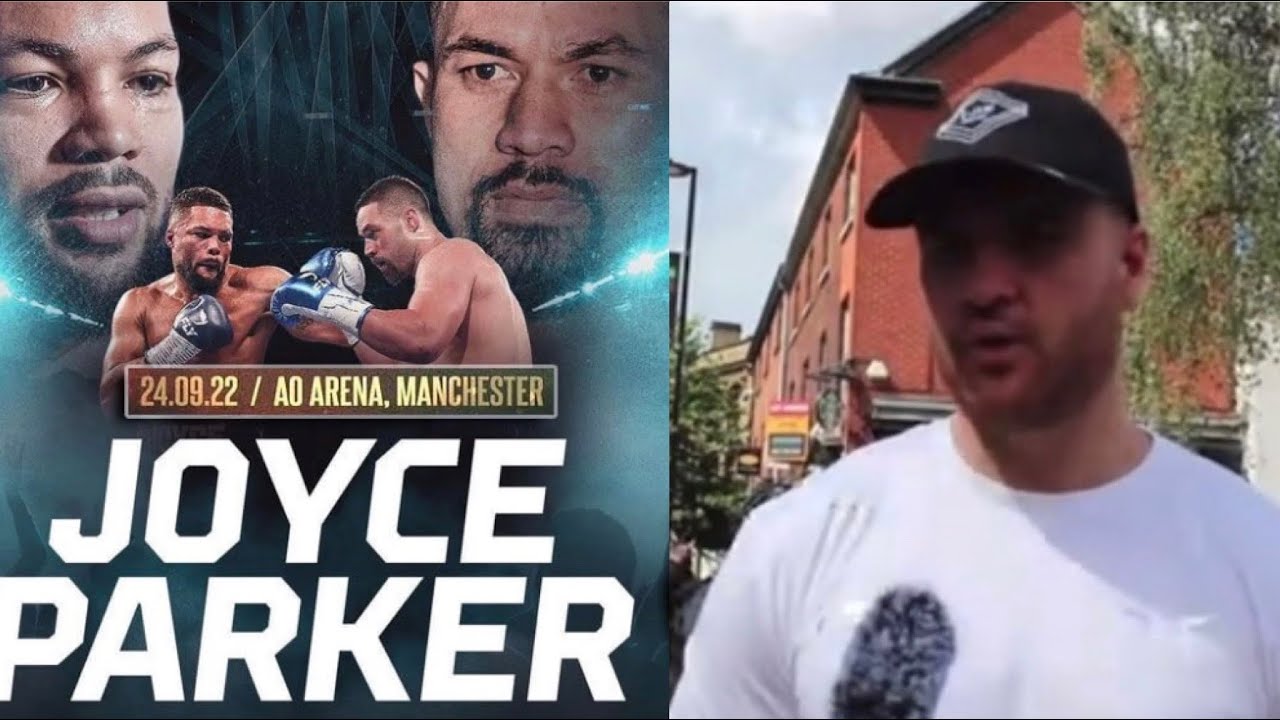