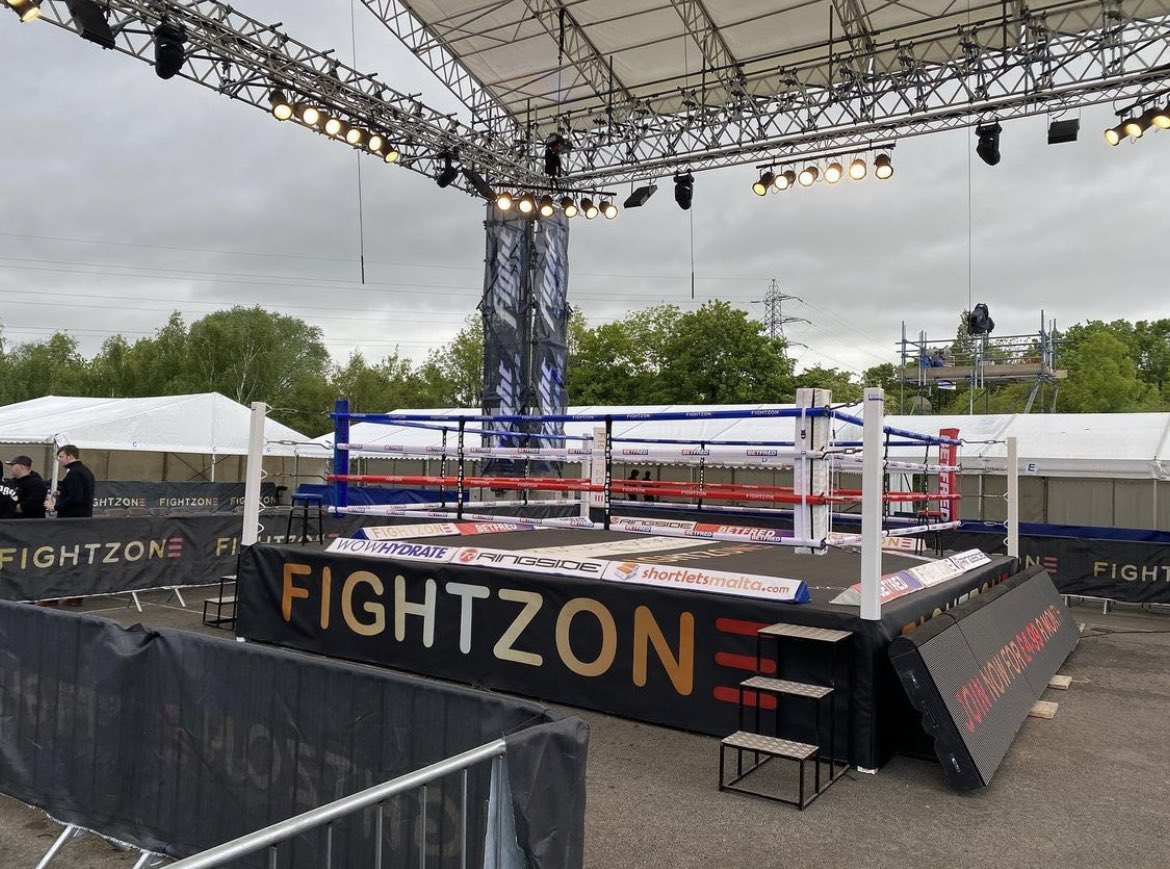 A new era of British boxing broadcasting was ushered in exhilarating fashion as Myron Mills retained his English lightweight title with a razor-tight decision with Lucas Ballingall.

Billed as a 50/50 clash of prospects, the fight exceeded the hype, as both battled back and forth in a fight that Promoter Dennis Hobson as being ‘what proper boxing is all about’.

Although only Mills left as English champion, both fighters will have left with a greater number of fans as they left it all in the ring in an enthralling clash.

Heading into the final two rounds it felt like the bout was there for the taking, however, Mills underlined why he is the champion and upped the gears to ensure that he retained his strap.

Affirming just how hard-fought the collision was, the judges separated them only by the closest of margins 96-95 on two cards and 96-94 on the other.

Mills and his coach Clifton Mitchell emphasised after the bout that they have ambitions of the coveted British title next, a strap which was recently won by Maxi Hughes.

In one of only two fights to end inside the distance, former K1 star Iain Martell blitzed past Elvis Dube at cruiserweight.

Martell’s hand speed was too much for the veteran Dube as he unleashed rapid combinations in his ninth pro fight.

Having dropped the Derby man with a vicious body shot in the opening session, Martell followed up in brutal fashion in the second round to seal his win.

After the bout, Martell’s manager Kevin Maree confirmed that his next scheduled clash is for six weeks against Steve Collins Jr.

Anthony Crolla charge, James Moorcroft moved back into the win column after a dominant six-round shutout of MJ Hall.

The Wigan welterweight worked the body with spiteful intent as he sought to open up his cagey opponent.

Although he will have felt the stoppage was within his grasp at time, the full six rounds will be invaluable for him as he looks to build momentum and move onto big title fights in the future.

Top prospect Anthony ‘The Truth’ Tomlinson was also back in action, earning his 13th consecutive win against Genadij Krajevskij.

After a year out of the ring the Sheffield fighter shook the ring rust and put himself on the path to end the year in a big fashion, as he convincingly won every round against his Lithuanian counterpart.

Now under the tutelage of Roger Sampson, the heavy-handed Tomlinson showed that he has the engine to go the distance and guide himself through a contest – showcasing the skills he has picked up with his new coach.

Collins started maliciously, unleashing snappy shots on the inside to the body of the durable Bricknell.

The undefeated 23-year-old man navigated through the four rounds well, as the rain poured and maintaining footing became an increasingly testing task.

After a spell of inactivity, Collins was clearly enjoying being back in the ring as he produced a solid selection on his way to victory.

In spite of his first fight outside Birmingham, Collins’ avid hometown faithful followed him to Sheffield and they were rewarded as their man won every round in an engaging contest.

After a stellar amateur career, Bradley Thompson made his much-anticipated bow in the paid ranks, as he stopped Steven Maguire in an impressive performance.

With the vocal backing of his Telford support, the bantamweight Thompson took to the pro game like a duck to water, dropping Maguire with a sharp jab in the opening moments of the bout.

Through educated pressure, the 19-year-old found a regular home for his venomous left hand, as he backed it up with a snappy lead hand from the southpaw stance.

Thompson sensed blood in the water in the final round turning up the heat in the cold conditions, firing to head and body to force the referee to step in and halt proceedings.

Rob Magill and Dale Arrowsmith were given the accolade of being the opening contest on Fightzone, as the debutant Magill made a successful start to his career with a points win over four rounds.

The York middleweight gave every indication that he is going to be a fan-friendly fighter, as he pushed forward and let go with strong shots in a high-paced battle against the veteran Arrowsmith.

In tough conditions, Cawood powered home ones and twos, as he marched to a victory and started a professional career, that many are tipping to be immensely successful.

The final debutant of the night was also a much-anticipated one, as Birmingham’s Katie Healy was welcomed to the ring with a rousing reception.

She produced a wide shot selection as on route to an impressive four-round win over the veteran Slovakian, Claudia Ferenczi.

Following the bout, an elated Healy was keen to highlight just how much the support means to her, as she revealed she has received messages from all over the globe.