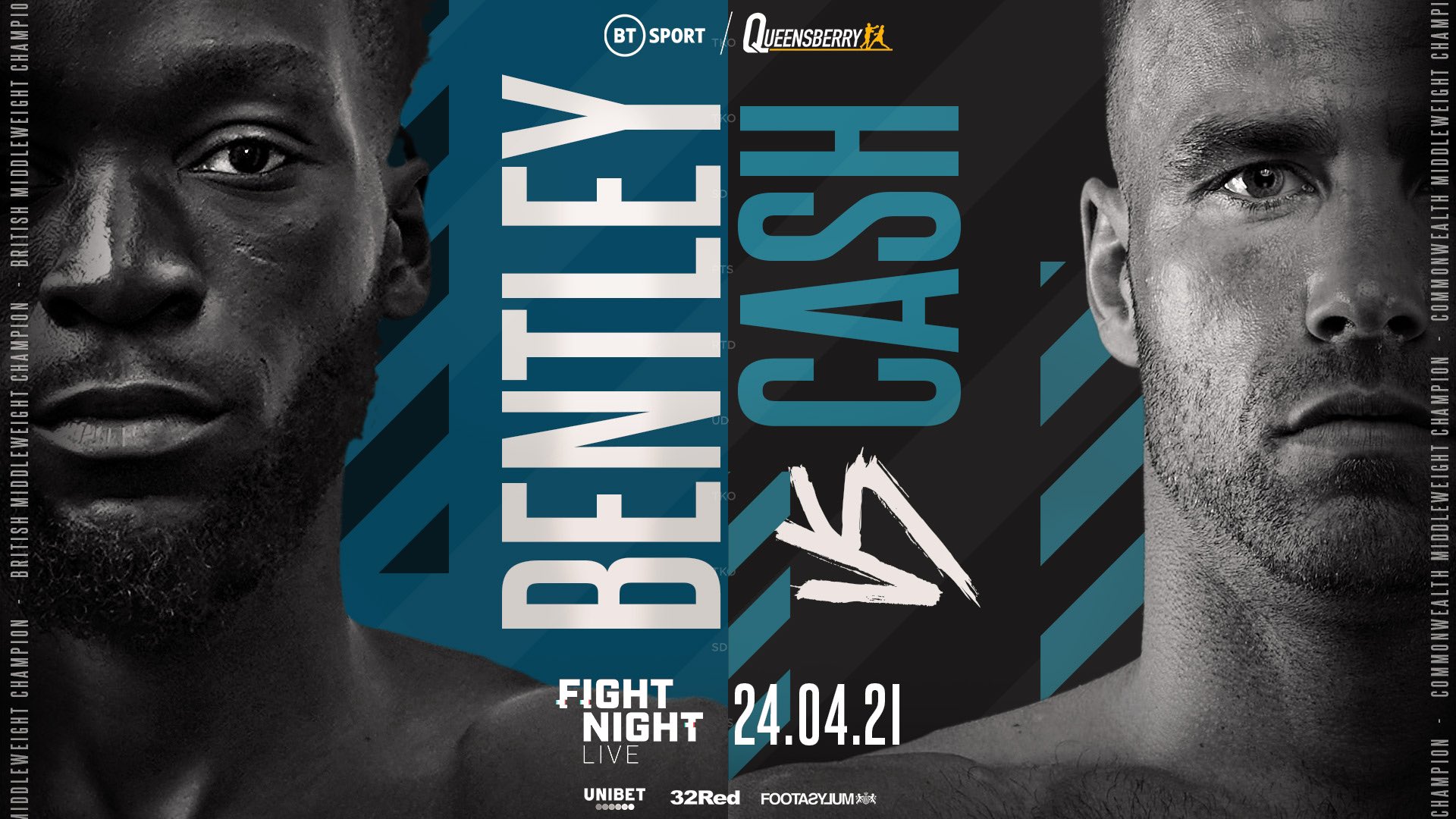 Frank Warren and Queensberry Promotions have announced that Denzel Bentley and Felix Cash will collide for the British and Commonwealth middleweight titles on the 24th April.

Both undefeated and highly-touted, the clash marks arguably one of the most anticipated domestic battles of the year – providing the winner with an opportunity to excel their status to the next level.

Cash comes into the bout after dismantling Jason Welborn over five rounds at Matchroom Fight Camp last year, a win that followed up his 2019 fight of the year candidate against Jack Cullen, who he stopped in the eighth.

The British belt holder, Bentley looks to continue the momentum of his own after back-to-back battles against the powerful Mark Heffron, the second of which saw him capture the Lonsdale belt.

Speaking to Dev Sahni on The Lowdown, Bentley commented on the clash: “I’m ready to bring the Commonwealth title home and defend my British title – I’m excited.

“I think I do everything better than him, I have a better jab, better movement, I’ve got more knockouts – what else is there to compare? I’m smarter in the ring, he is probably better at being a dirty fighter than me, but that’s about it – I have full confidence in myself than him and that’s why I’m so excited for the fight.”

When the fight was originally ordered by the British Boxing Board of Control and purse bids were subsequently won by Bentley’s promoter Warren, many speculated that Cash would pursue a different path perhaps even seek out European honours.

Nonetheless, the undefeated 27-year-old was adamant that he had his sights firmly set on the Lonsdale belt.

Previously speaking to Umar Ahmed of IFL TV, Cash stated: “I’m set on Denzel Bentley and I want the British title – everyone in boxing wants that British title and I’m coming to get it.”