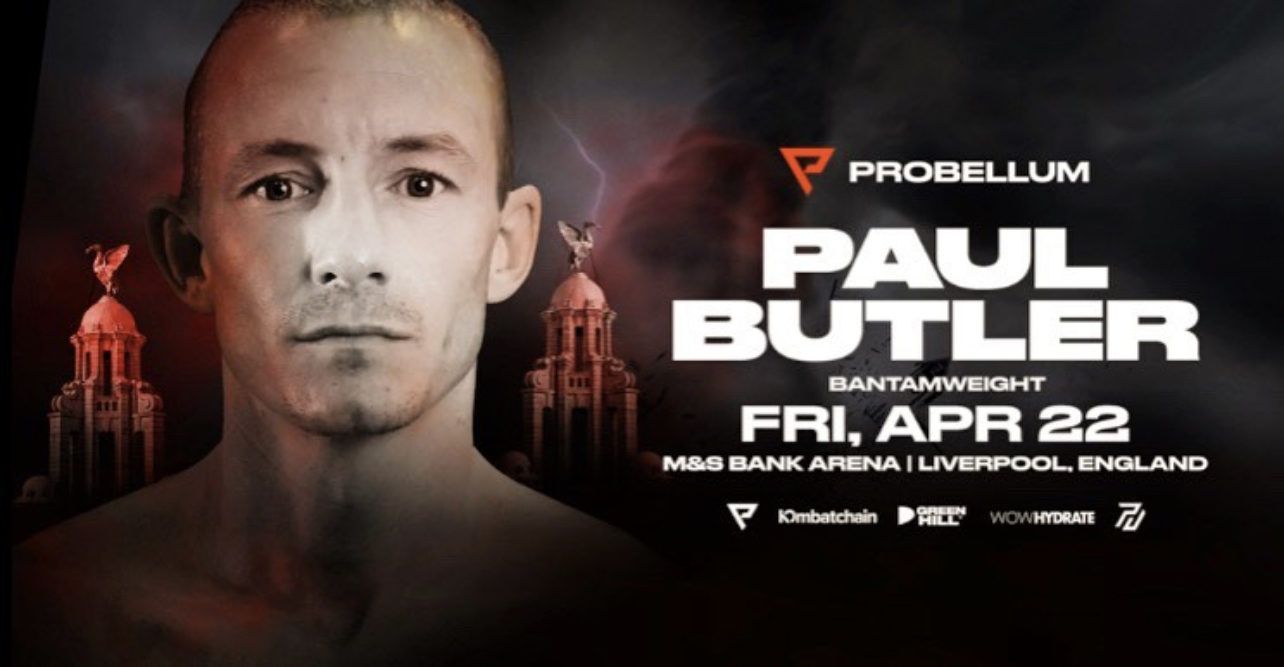 Probellum have today released new details regarding their upcoming card in Liverpool on April 22nd at the M&S Bank Arena, headlined by local man Paul Butler’s (33-2-0) challenge for WBO bantamweight champion of the world John Riel Casimero (31-4-0) from the Philippines. The bout was scheduled to take place in Dubai in December, but the Filipino was forced to pull out after failing to make the weigh-in according to the promotion. Casimero was reportedly subsequently taken to hospital after suffering from viral gastritis according to his cutman Stephen Lunas on Facebook.

The bout has since been rescheduled for Liverpool in April, though further doubts have been cast since Casimero was reportedly accused of sexual abuse in his home country by a seventeen-year-old girl according to ESPN’s Mike Coppinger. Nonetheless, nothing has developed to suggest the bout will not go on, and at the time of writing it appears that the fight will go ahead.

On Monday, Probellum announced several names to feature on the undercard, including the local, highly decorated amateurs Peter (2-0-0) and Joe McGrail (2-0-0) both at super-bantamweight, as well as Tokyo 2020 Olympian Luke McCormack at super-lightweight who will make his professional debut. Peter is set to face Uriel Lopez (13-18-1) over six rounds, while Joe’s opponent is yet to be confirmed. McCormack meanwhile exited the Olympics at the quarter-final stage last summer, but should feel no shame in losing to amateur sensation and eventual gold medallist Andy Cruz from Cuba.

More popular scousers are set to feature on the card in Sam Maxwell (16-0-0) at super-lightweight and James ‘Jazza’ Dickens (30-4-0) at featherweight. Maxwell secured the British and Commonwealth title at 140lbs last time out against Akeem Ennis Brown in Birmingham, while Dickens lost in his first shot at world honours to Sheffield’s Kid Galahad, his corner deciding to retire him in the eleventh after a tough night on one of Eddie Hearn’s Matchroom ‘Fight Camp’ cards. Maxwell’s opponent is yet to be announced, while Dickens will face Andoni Gago (25-4-4) over ten rounds.

Rocky Fielding (29-2-0) is also set to appear at the M&S Bank Arena, the length of the bout and the opponent still to be announced at the time of writing. Fielding was last out in November, winning inside two rounds against Emmanuel Danso respectively.

Flyweight William Cawley (1-0-0) from Oldham is set to make his second professional appearance, as well as local man Blane Hyland (5-1-0) at super-flyweight and Ireland’s super-featherweight Steven Cairns (2-0-0). Two more debutants feature in Harry Kinsella and Frankie Stringer respectively. Opponents for all of the above are yet to be confirmed.