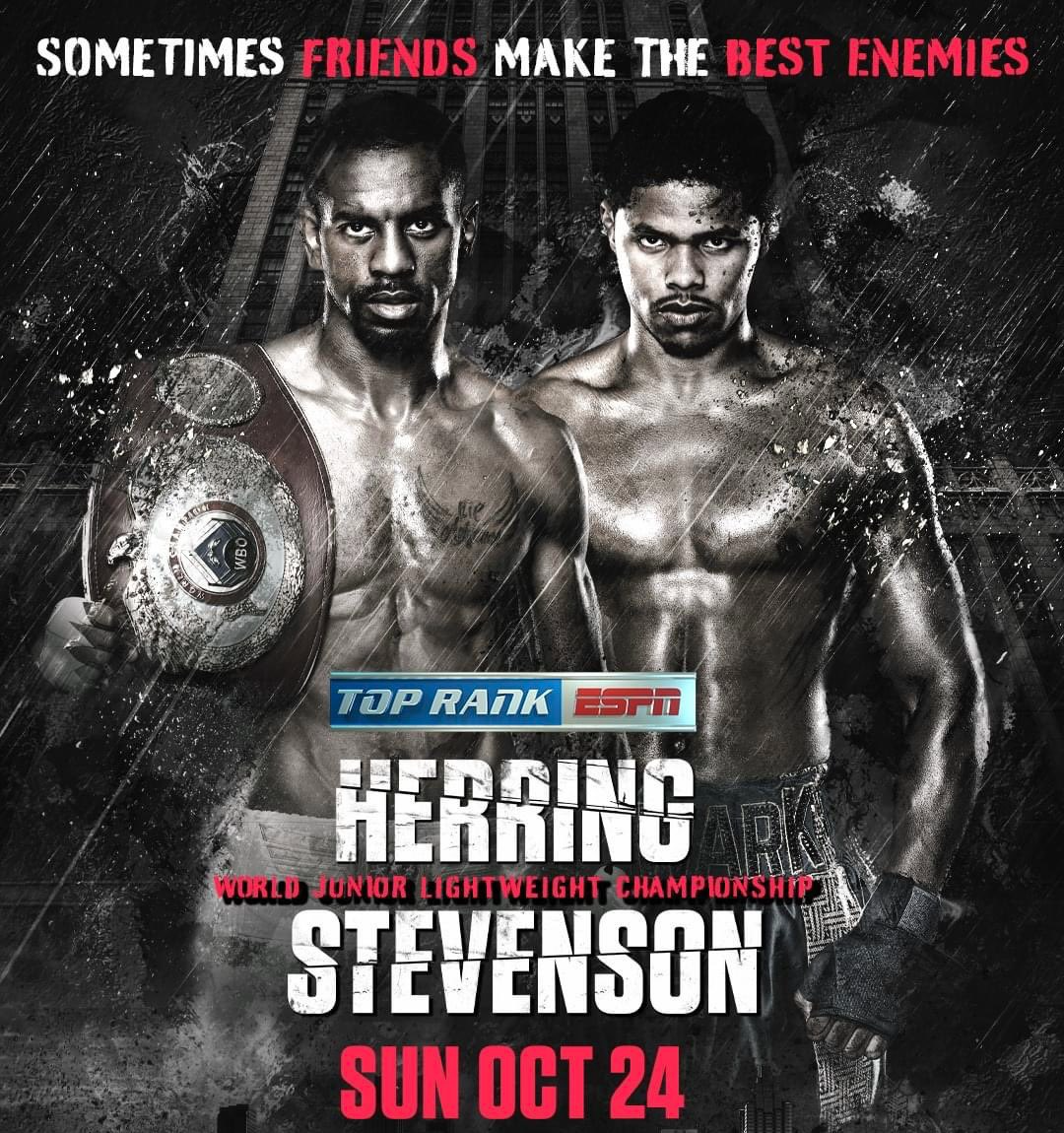 Herring Vs Stevenson – WBO Junior Lightweight Title at stake in all American Clash!

The fight itself is intriguing for many reasons. Not only has a fight actually been made between a World Champion and an Interim Champion, but Jamel Herring and Shakur Stevenson have history in boxing well before this fight was announced. Jamel Herring joined forces with Terence Crawfords training team back in 2018 when Shakur Stevenson was already working very closely with Crawford. What transpired from this was sparring sessions aplenty between Herring and Stevenson through the mutual connection of being in Crawfords training camps. They have already spent a lot of time together well before this fight was announced and have encountered each other in the squared circle on numerous occasions.

However, if Terence Crawfords allegiance to each of the fighters had to be put to the test, you would have to believe he would be leaning towards Shakur Stevenson. Crawford and Stevenson are very close and have a ‘Big Brother/Little Brother’ relationship. They travel together, train together and spar together. Again, this relationship and connection between the three fighters makes for even more interesting viewing on Saturday Night.

Jamel Herring has had an incredibly interesting career, both inside and outside of the boxing ring. In 2001, Herring started boxing with he was asked to come to the gym by Austin Hendrickson (who would go on to be his trainer). However in 2003 Herring enlisted as United States Marine Corps where he served two tours of Iraq and went on to become a Sergeant. His boxing career started out in 2001 where he was handed his first amateur defeat by Daniel Jacobs.

Juggling being a Marine and Boxer, Herring ensured that upon returning home from Tour that he went into the All Marine Corps Boxing Team where he travelled all over America and came up against fighters such as Jesse Vargas. Upon returning from his second tour of Iraq, Herrings amateur accolades included;

Herring would then go on to represent America in the London 2012 Olympics at 64KG (Light Welterweight), where he would be defeated in the first round by yet another outstanding amateur in the form of Daniyar Yeleussinov. Jamel Herring has had an incredible amateur career and has amassed such outstanding experience which has prepared him so well for the professional ranks where he has achieved the dream of becoming a World Champion.

Shakur Stevenson has also had a detailed amateur career where his accolades have included;

In 2015 Stevenson won the Senior U.S Olympic Trials which made him eligible to represent America in the 2016 Rio Olympics. It was here where he won a Silver Medal at Bantamweight where he was defeated by Robeisy Ramírez of Cuba in an Olympics where Claressa Shields won Gold.

Stevenson also participated in the World Series of Boxing as an Amateur before the 2016 Olympics where he won both of his two fights in the competition. Extremely talented and with the Silver Medal in his possession, Stevenson would go into the Professional Ranks with his own vast experience.

After 16 Fights with 8KO’s, Stevenson is aiming to become a two-weight world champion and will be looking to make a statement against Herring on Saturday night. However, Herring is not to be taken lightly and is a World Champion in his own right.

It will make for interesting viewing come Saturday night and it is great to see Interim Champions being made mandatory for the full World Champion. Herring Vs Stevenson will be live on Sky Sports for UK fight fans with coverage starting at 03:30. Set your alarm!