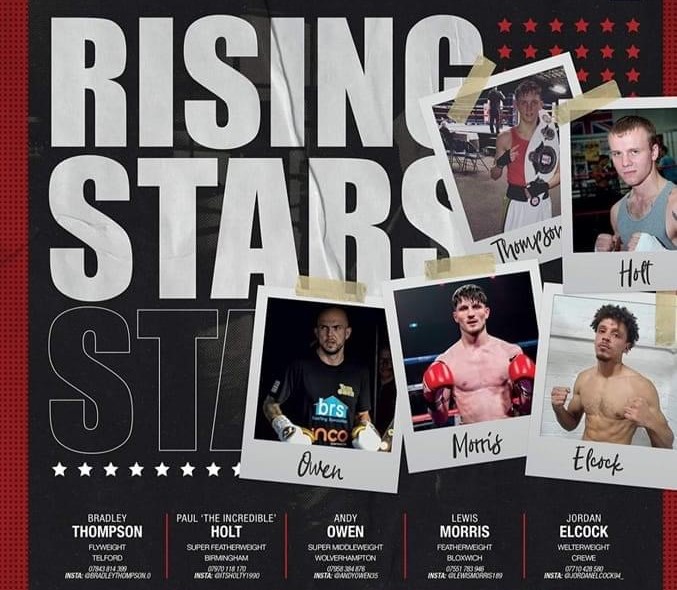 The professional debut of Crewe Boxer Jordan Elcock has been fully confirmed for Sunday 14th November at Walsall FC on a stacked card of rising boxing talent.

After BBTV met with Jordan Elcock back in September at South Cheshire ABC, we were waiting patiently for a fight date to be confirmed. After initially thinking it would be December, the date has been brought forward to November where the Crewe Boxer will be aiming to take as many fight fans as possible across to the West Midlands to see his Professional Debut and to put on a show in the process.

The rise of Jordan has been seen across South Cheshire ABC; going from Amateur to Professional in quick succession and he has dedicated himself to achieving this goal. This new chapter will see him embark on his professional journey and get as many fans as possible from Crewe and Nantwich to see the journey begin.

The card is stacked with boxing talent from areas in and around the Midlands and Jordan will be representing South Cheshire amongst them. The card includes;

To get your tickets head over to www.myfighttickets.com or contact Nathan Clarke at South Cheshire ABC or Jordan Elcock directly on their social media platforms to reserve your tickets. Doors open 16:00 and the first bell will be at 17:00.
Walsall FC, Stadium Suite, Banks Stadium, WS1 4SA.

People of Crewe, get behind Jordan Elcock on Sunday 14th December! All at BBTV wish you the best of luck in your professional debut!