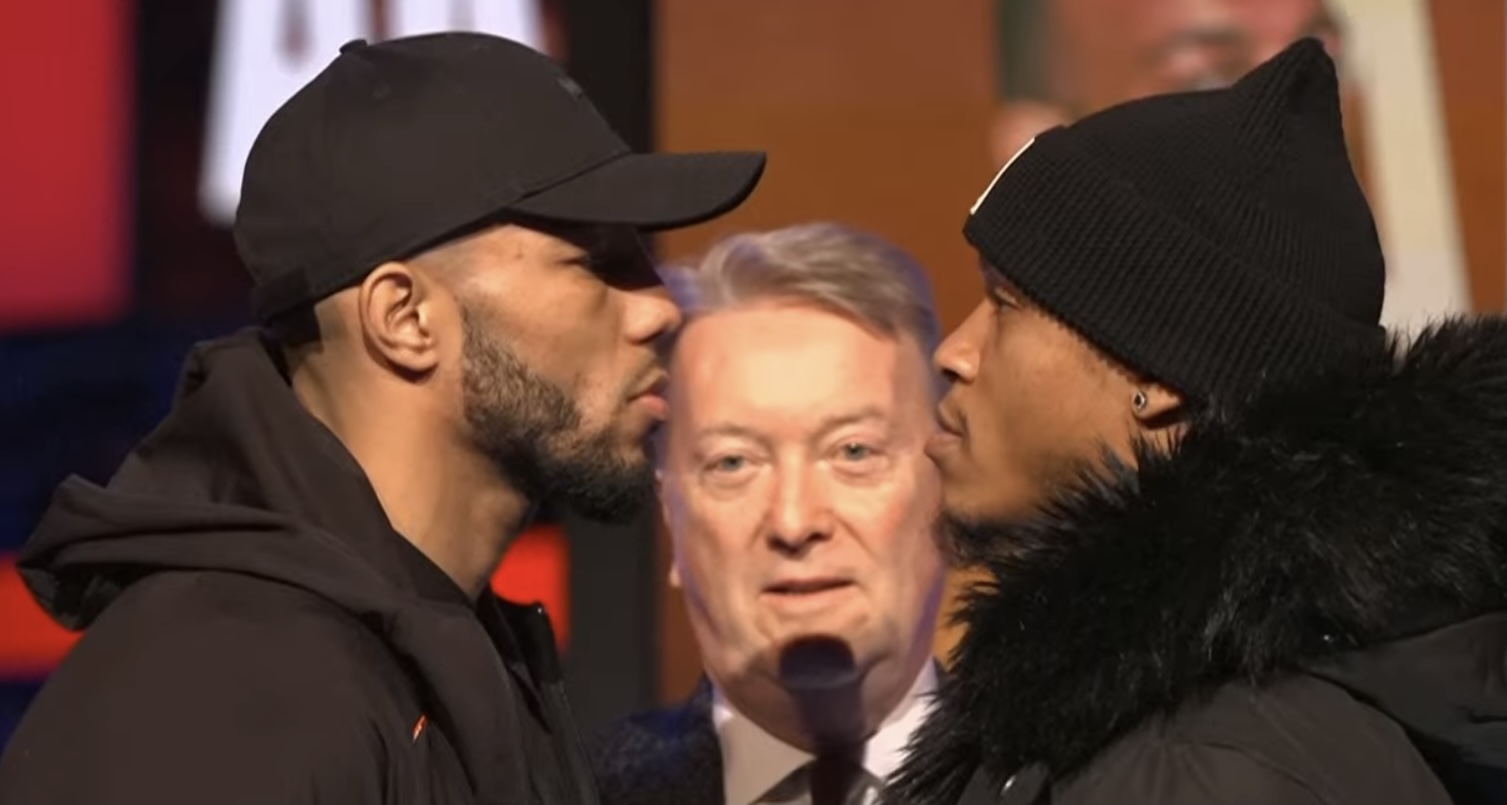 On Saturday night, London’s Copper Box Arena will play host to the highly anticipated rematch between Frank Warren’s 175lb charges Lyndon Arthur (19-0) and Anthony Yarde (21-2) in what could soon prove as a semi-final for a shot at the winner of the upcoming WBO title fight between Joe Smith Jr and Callum Johnson in America.

Rewind back to December of 2020, it was Manchester’s Lyndon Arthur who had his hand raised by way of split decision at Church House in Westminster after twelve pulsating and intriguing rounds. Yarde initially expressed his surprise at the outcome, believing he had done more than enough to steal the victory on the cards despite a slow start. The London man has however since conceded that the fight was closer than he initially thought on the night upon watching it back, stating on BT Sport’s Arthur v Yarde II ‘Face Off’ episode that ‘the rematch had to happen’ and that he ‘has to right his wrongs’. Arthur on the other hand will be walking into the ring in an even stronger position than he was first time around, having to endure the entire twelve rounds fighting with practically one hand after injuring his right arm while on the pads just minutes before his ring walk. Arthur did manage to throw the right hand sporadically during the contest, but it was his jab which stole show, regularly piercing the guard of Yarde and pushing the Hackney man back. Yarde has hinted in the build-up at a faster start this time around and will hope to stop Arthur in his tracks as he seeks a second shot at world honours, losing in the eleventh round to Russia’s Sergey Kovalev back in 2019.

One point of contention in the leadup to Saturday night’s bout has been the location, with both Arthur and his trainer Pat Barrett accusing Yarde of being ‘scared’ to come to Manchester at the opening press conference back in October. Yarde was dismissive in his response, claiming the only reason the rematch had to be held in the capital was merely a ‘business decision’ due to Arthur’s ‘lack of a fanbase’, claiming that the location had not even been mentioned to him before he signed to fight. It proves another of multiple factors adding fuel to the fire in what is gearing up to be an intense domestic showdown, and the animosity between the two trainers only exacerbates this further. Both Arthur’s trainer Pat Barrett and Yarde’s controversial Tunde Ajayi engaged in considerable verbal spars during the opening press conference only eight or so weeks ago, with Barret threatening to ‘punch Ajayi’s head in’ before walking out of the conference early. On the other side of the table, Yarde regularly hushed Ajayi, looking slightly embarrassed at what was coming out of his cornerman’s mouth.

Though Arthur will enter the ring a strong favourite given the nature of the first bout, it will be very intriguing to see what changes Team Yarde have made in the last twelve months, especially seeing what impact the newly introduced James Cook will have on the Hackney man’s approach. Former British and European Super-Middleweight Champion Cook was brought into Yarde’s camp following the defeat to Arthur last year, tasked with the role of overseeing the overall functioning of the camp and to suggest any potential changes as Yarde seeks to pave the road to redemption at the Copper Box on Saturday night.

Both Arthur and Yarde have had a runout each since the initial bout, Arthur stopping Davide Faraci inside the ninth back in July, before Yarde scored a first round knockout of the limited Alex Theran in Birmingham in August. The rematch provokes considerable intrigue for fight fans and carries high stakes given the high standing the winner will have with the WBO, likely being called as the next mandatory for the emerging victor of the Joe Smith Jr and Callum Johnson bout for the title in January next year.

The chief support will see the highly talented Super-Middleweight prospect Hamzah Sheeraz (13-0) take on the ageing but experienced Bradley Skeete (29-3) in what should be a considerable step-up for the exciting and highly rated Sheeraz as he looks to progress in what has so far been an impressive professional career.

While Skeete is now in the twilight of his career and perhaps not at the level he once was, new trainer Dominic Ingle was quick to reassure people that Skeete still possessed the timing and speed to compete at a high level, and that this played a role in his decision to train the former British and Commonwealth welterweight champion. While few will be backing the 34-year-old to score an upset on Saturday, he will at the very least pose a few problems Sheeraz perhaps will not have faced so far given the considerable disparity in experience.

Sheeraz meanwhile now bases his camp out in Los Angeles, California with Ricky Funez, who described Sheeraz as a ‘top prospect with a lot of potential’ on Thursday, high praise afforded by a man who has spent time around the likes of Diego Corrales during his own career. Ezequiel Gurria was Sheeraz’s latest victim last time out, losing in the fifth round at Wembley Arena back in July, and the Skeete fight will be the second full camp he will have endured with his new team out in America. While victory will be the absolute priority for the highly rated prospect, a win inside the distance will prove particularly impressive and will throw his name into the hat for potential further mouth-watering bouts at domestic level at 154lbs, alongside the likes of Troy Williamson, Ted Cheeseman and Sam Eggington.

Regardless of the manner however, a win for Sheeraz on Saturday will be another test passed as he moves one step closer to big title fights in the near future.

Also featuring on the undercard at the Copper Box will be the 135lbs matchup between Sam Noakes (7-0) and Shaun Cooper (11-2) respectively. Noakes will seek to continue his unbeaten record as he hopes to move towards a domestic title shot in the new year.

The always entertaining Dennis McCann (10-0) also runs out for the eleventh time as a professional against Argentina’s Juan Jose Jurado (15-4-3). It is difficult to be sure of what to expect of Jurado given that this will be his first time fighting outside of Argentina, with multiple British fighters succumbing to shock defeats at the hands of unknown South American fighters over the last eighteen months. McCann however will hope to be the third man to stop the Buenos Aires based bantamweight as he continues to climb the domestic ranks, and like Noakes will be hoping to secure a shot at a domestic title in 2022.

Heavyweight prospect George Fox (4-0) also features in what will be his fifth professional fight to date against the tough Kamil Sokolowski (10-23-2), who despite his lopsided record always proves an arduous task and should provide a solid early test for Fox, the son of respected trainer Don Charles.