With all the controversy surrounding the recent Victor Ortiz – Floyd Mayweather jnr. fight many London fans may be a little confused to why Ortiz only received the penalty of a single point deduction – and a dubious sucker punch KO for his efforts – whilst back at York Hall in June Darren Hamilton was not just disqualified, but also fined and suspended, for an almost identical action against Dave Ryan.
Like Ortiz, Hamilton accepted the result without argument. In fact the likable Bristol born fighter, now residing in London, has spent a lot of time soul searching and bridge mending, as he is keen to make amends before the pair once again face each other, for The British Master Light Welterweight title, a second time on the Spencer Fearon Hard Knocks Boxing Promotions ‘This is Hard Knocks’ show at York Hall in London on Friday, 7th October.
Hamilton’s determination to make amends, for that red mist moment, became clear. “I’m fighting for redemption, not the money, he’s fighting for the money.” said Hamilton
“Basically Dave Ryan has asked for more money to fight me again, myself personally I’m completely not interested in the money.
“You wouldn’t believe what I actually went through. On the night I didn’t realise the seriousness of what I did.
“Afterwards I soon found out. Not only couldn’t I box for twenty eight days, because the British Boxing Board of Control suspended me, but I also had to pay a fine to the BBBofC.
“I was getting abuse from his fans. My girlfriend, who was at the fight at the time, she was getting abuse as well from his fans. Some of it I heard, it was racial abuse.
“Since then I’ve also been getting abuse on the Internet from his fans, which I may not like but do understand.
“I let Spencer (promoter Spencer Fearon) down, I let the fans down and I let myself down, something I am really sorry for.
“It’s put me in a position, like where I was before, where I have to prove myself again like I did against Ideh Ochuku, after being knocked out by Daryl Setterfield, and the time they said I didn’t have a chance against Peter McDonagh, where I was the complete underdog.
“I’ve gone right back to that hunger again, this is it again right now. I am completely solemn and completely dedicated to winning this fight. My head is completely on it, it’s all I’ve been thinking about, you know.” added Hamilton. 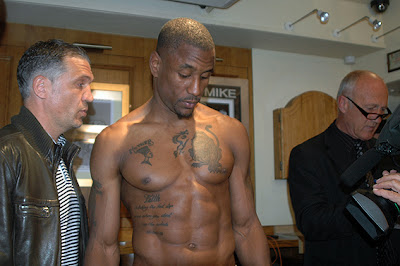 I’m optimistic and happy that I’ve got the chance of the rematch. I’m ready to go” – Darren Hamilton 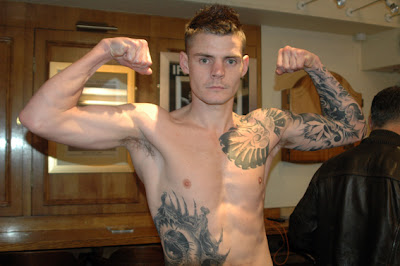 I see it all my way again, as long as he doesn’t headbutt again, Let’s have it.” – Dave Ryan

Darren Hamilton versus Dave Ryan, for the British Masters Light Welterweight title, will take place at the Hard Knocks Boxing Promotions ‘This Is Hard Knocks’ event, which will be headlined by Choi Tseveenpürev, at York Hall, Bethnal Green, on Friday 7th October 2011 and broadcast live on Premier Sports (Sky channel 433).