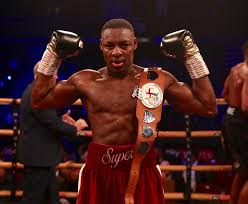 Ben Shalom’s BOXXER and Sky Sports have today announced the signing of British Light-Heavyweight champion Dan Azeez. The Lewisham man made a huge impression on the domestic scene in November, dominating Hosea Burton before earning a stoppage in the seventh round to pick up the vacant Lord Lonsdale belt.

The win finally earned Azeez the recognition his talent and work ethic warrant, setting him up for huge domestic clashes with the likes of Anthony Yarde, Lyndon Arthur, Joshua Buatsi and Craig Richards in a stacked 175lb division.

Azeez will run out next on the Riakporhe-Jumah card at Wembley Arena on March 26th, live on Sky Sports.