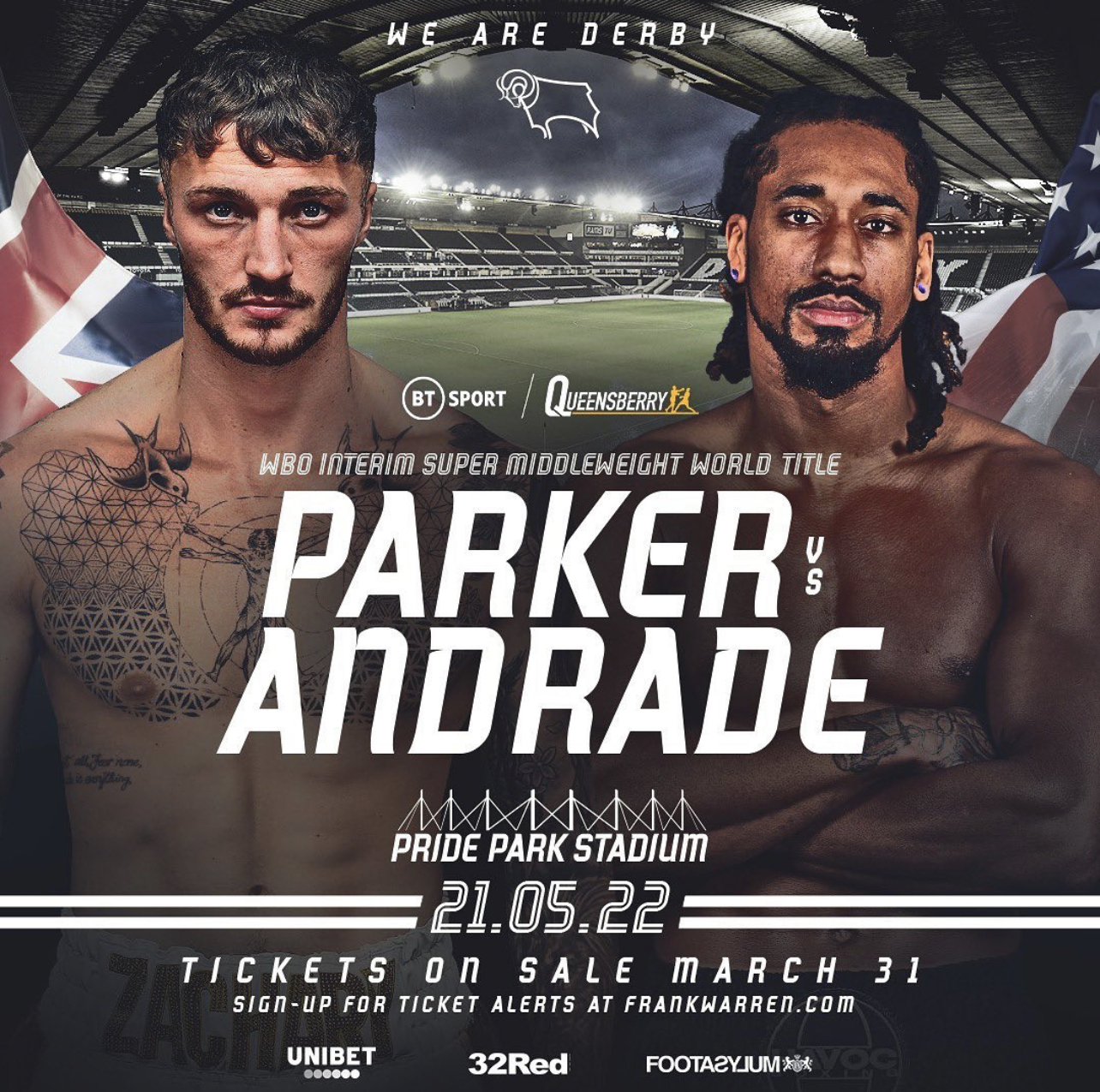 The bout will be sanctioned under the World Boxing Organisation, with their vacant ‘Interim’ title on the line, the winner presumably earning a shot at the WBO’s 168lb title which at the time of writing is held by Saul ‘Canelo’ Alvarez. Parker has steadily worked his way through the rankings, stopping Australian Rohan Murdock for the ‘International’ belt in March, 2020 before running through Vaughn Alexander, Sherzod Khusanov and Marcus Morrison in 2021. Andrade meanwhile steps up from 160lbs for the first having held the WBO title at middleweight, with WBO rules stipulating that in the event of a current champion moving to the weight division above, that fighter will be entitled to an immediate route to the title in their new division.

Warren won the promotional rights to the contest with a purse bid of $1,834,050 in February, and the bout will be shown live on BT Sport.