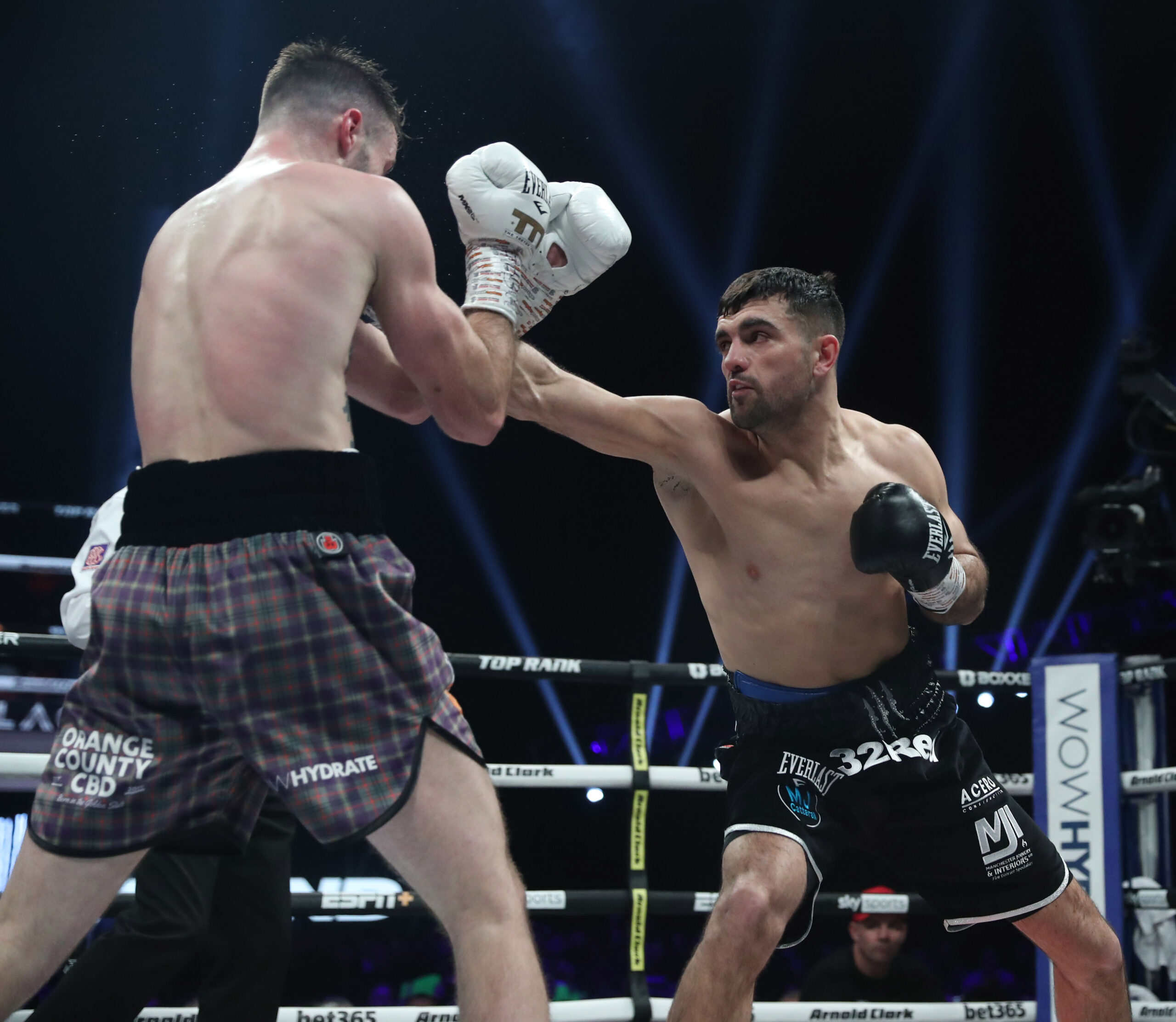 What? Jack Catterall dropped to No3 in WBO rankings at 140lbs following controversial Taylor loss

In the latest rankings of the World Boxing Organisation, updated on the 18th March 2022, Chorley super-lightweight Jack Catterall has dropped to number three despite the controversial nature of his split-decision loss to Josh Taylor in February.

A large portion of the boxing fraternity felt Catterall had done more than enough to secure all four of the major belts at 140lbs, but two of the three judges felt differently, with the British Boxing Board of Control subsequently downgrading Ian John-Lewis from an A Star Class official to just an A Class official moving forward following the 114-111 card he handed down in favour of Taylor on the night. In the same statement, the Board also recommended Catterall be made mandatory immediately for all four belts, though bizarrely agreeing with the result of the fight a few paragraphs earlier.

The WBO clearly have not listened however, bizarrely ranking Australia’s Liam Paro, who despite his 22-0-0 record has not fought anyone that might resemble being a world level fighter, at number one. Oddly, Teofimo Lopez Jr is also ranked above Catterall at number two, despite having never fought at the weight and losing his last fight down at lightweight last year to George Kambosos Jr whereby he surrendered all of his belts at 135lbs, including the WBO version.

This serves as the latest reminder that the current setup within the four main sanctioning bodies is not fit for purpose. How can the WBO stipulate that Paro, through no fault of his own of course, is the best super-lightweight when he hasn’t fought anyone of note? How can he be adjudged better than Catterall, a man who most believe to have beaten the standout fighter in the division in the undisputed champion Josh Taylor? Also, with the upmost respect for Lopez Jr, how can a man who has not had a single bout at 140lbs walk straight in to be ranked as the second best in the division? The question of why each body does not rank the champions of other bodies must also again be asked, though not directly applicable to this particular division given that one man holds all of the belts at the time of writing, but the fact that at heavyweight for example, the WBC will refuse to rank Oleksandr Usyk despite most agreeing he is in the top two fighters at the weight simply because he happens to hold belts with the other bodies. It’s bizarre that this is accepted as normal practise when it almost certainly would not stand in any other sport.

Regardless of who you believe won on the February 26th in Glasgow, surely most can agree that Catterall more than earned a second shot at the belt for which he entered the ring as mandatory, with even Taylor himself calling for Catterall to earn another shot of which he was deserving.

Fighters deserve better than this. They already sacrifice so much, the least they can come to expect is for those who run the sport to have their back when it is necessary and warranted. Politicians are now beginning to look into the workings of this sport, with the Speaker for the House of Commons Sir Lindsay Hoyle referring the scoring to the Metropolitan Police in the weeks following the decision in Glasgow, and boxing can only afford to continue to push its luck so far.