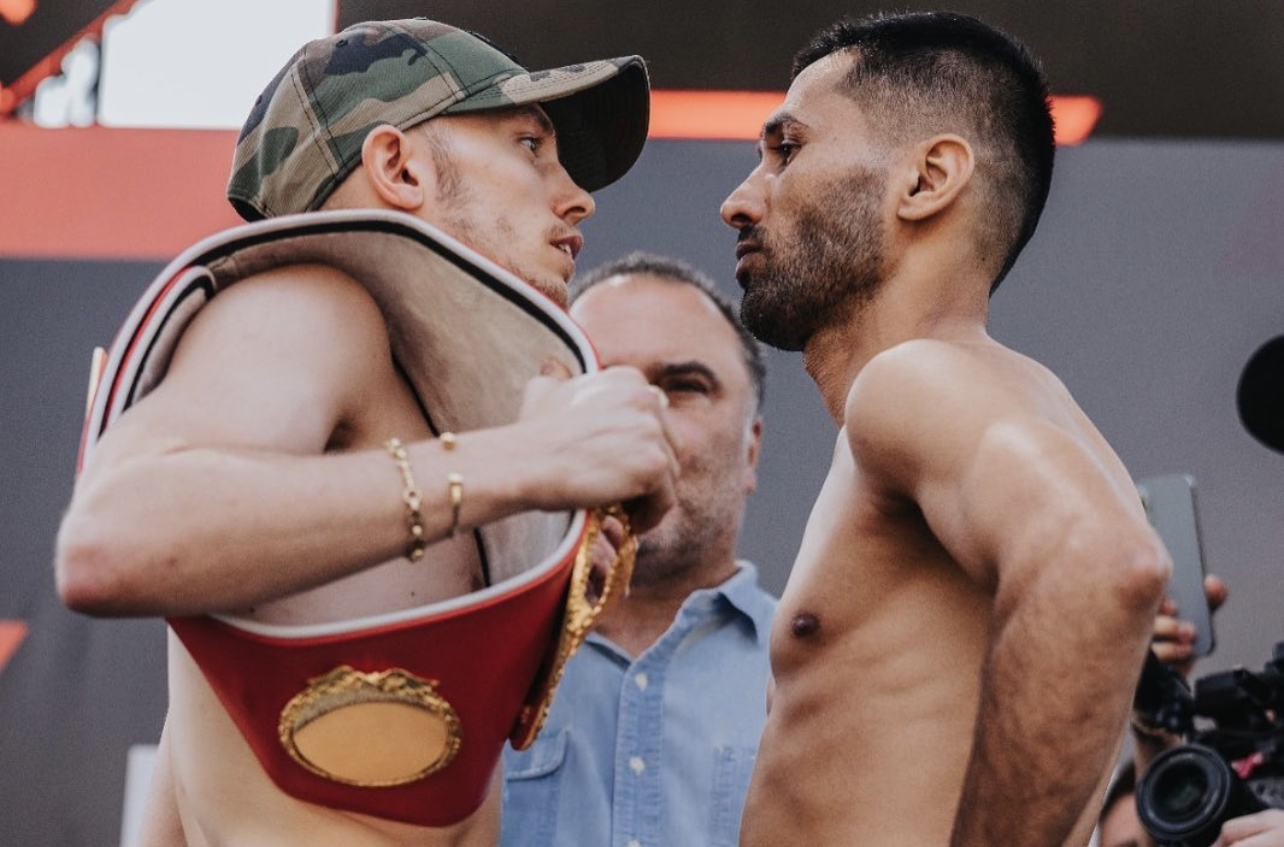 IBF flyweight champion of the world Sunny Edwards (17-0-0) seeks the second successful defence of his world title this Saturday in Dubai against Pakistan’s Muhammed Waseem(12-1-0) to set himself up for mega unification bouts later in the year. Edwards picked up the strap against South Africa’s Moruti Mthalane last April with a superbly dominant performance which proved to be one of the standout showings of the year from a British fighter.

Residing in Croydon but basing much of his camps with Grant Smith in Sheffield, Edwards put pen to paper with new promotional outfit Probellum in February and headlines the second of the promotion’s two back-to-back fight cards on Friday and Saturday respectively, both taking place at Dubai’s Duty Free Tennis Stadium. Estelle Mossely headlines on Friday against Yanina Lescano.

Turning attention back to Saturday’s card however, a win for Edwards would leave the path clear for a unification bout with Mexico’s Julio Cesar Martinez, who holds the WBC version of the flyweight title respectively. Edwards has spent the last couple of weeks goading Martinez’s promoter Eddie Hearn on Twitter as he chases the big fight against the Mexico City born fighter, a man his family has history with given Martinezhas previously fought Charlie Edwards, Sunny’s brother, back in 2019. Martinez caused Charlie all sorts of problems that night and was about to have his hand raised before the WBC ruled the bout a no-contest in the ring due to an illegal blow landed to the Brit’s ribcage when he was already down. Nonetheless, Charlie vacated the belt shortly after and Martinez picked up the vacant strap against Cristofer Rosales four months later. The Mexican was out recently at the weight above, taking on pound-for-pound great Roman ‘Chocolatito’ Gonzalez, losing comfortably on points, setting up an intriguing ‘bull vs matador’ conquest with Sunny, providing he emerges victor in Dubai this Saturday.

Muhammed Waseem meanwhile shares one common opponent with Sunny Edwards going into Saturday’s main event and it’s the man Edwards tore the title from – MorutiMthalane, via unanimous decision. He has fought four times since then, winning all four, but outside of Mthalane he has not shared a ring with an opponent of Edwards level and enters the ring an underdog on Saturday night. Nonetheless, the opportunity is there for Waseem to tear up the script and open the door for big unification fights of his own.

The chief support sees the return of super-lightweight star Regis Prograis (26-1-0) for his first fight in almost a year and his third since his sole professional defeat to Josh Taylor back in 2019. In the opposite corner will stand Ireland’s Tyrone McKenna (22-2-1), a man whose heart and will are clear for all to see, but finds himself in a potential mismatch on Saturday, the difference in levels fought at between the pair more than sizeable. McKenna will seek to throw himself right at the top of an evolving super-lightweight division that is preparing for life after the aforementioned Taylor while Prograis continues to climb the ladder towards world honours again.

The card features another popular Irishman in former super-bantamweight world champion and now featherweight contender TJ Doheny (22-3-0) in his first fight back since a unanimous decision defeat to Michael Conlan back in August last year. Cesar Juarez (27-10-0) will be in the red corner as Doheny seeks a comeback victory over ten rounds.

The remainder of Saturday’s card is made up of developing prospects, with Liverpool super-bantamweight Peter McGrail(2-0-0) running out for the third time as a professional and the first since signing with Probellum in February. The Tokyo 2020 Olympian scored the first stoppage of his career last time out and seeks to add another against Alexandra Ionita(7-10-1) this weekend in a six-round contest. Yorkshire light-heavyweight Khalid Ayub (2-0-0) also makes his third pro appearance against Annem Sivareddy (1-2-0) respectively. Born in the UK but based in Dubai, cruiserweight Jamie King(2-0-0) also seeks to maintain his so far unblemished record.

Probellum promote the event, televised via the Discovery+ app and Eurosport.