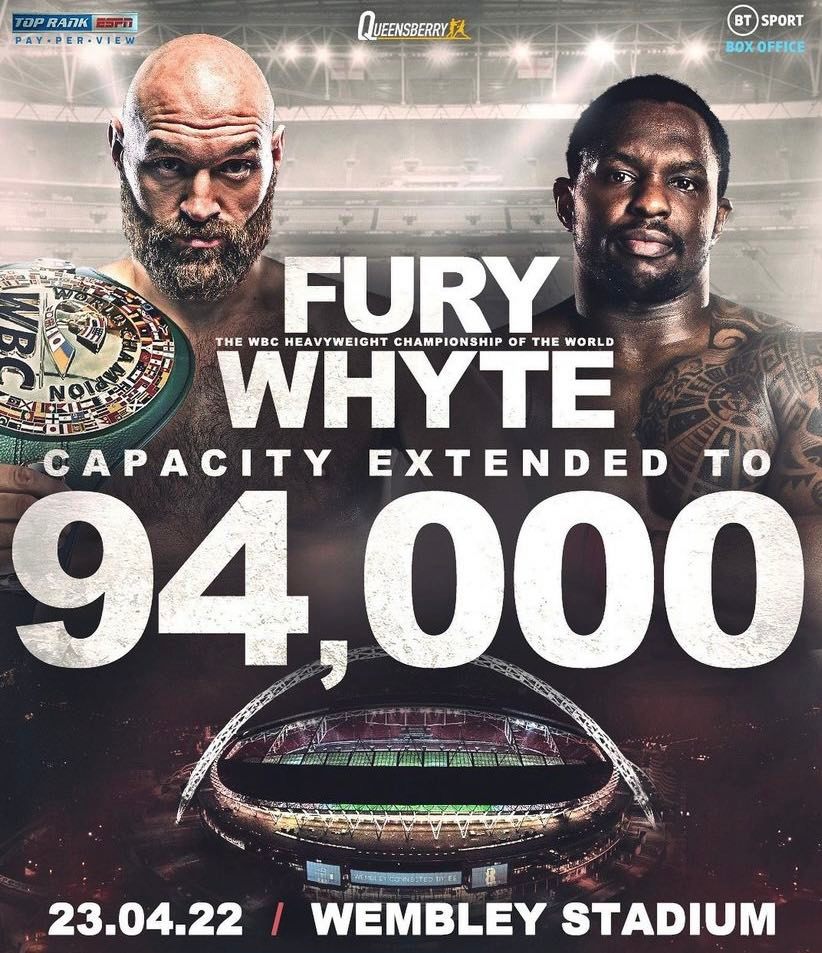 Fury’s stablemate Isaac Lowe (21-1-3) will face-off against Liverpool’s Nick Ball (14-0-0) at featherweight following Lowe’s first pro defeat to Luis Alberto Lopez last time out with the WBC’s Silver title on the line this time around. Up at 130lbs, Anthony Cacace (19-1-0) returns over ten rounds against Jonathan Romero (34-1-0) for a WBO super-featherweight trinket following his unanimous victory over Leon Woodstock last August.

Heavyweight prospect David Adeleye (8-0-0) returns over eight rounds, this time facing Chris Healey (9-8-0), while Tyson’s younger brother Tommy Fury (7-0-0) makes his eighth professional appearance at 175lbs against Daniel Bocianski (10-1-0) respectively. Karol Itauma (6-0-0) also returns at light-heavyweight over six rounds, Michal Ciach (2-11-0) will be in the opposing corner. Two further bouts at super-featherweight are slated to take place at the national stadium, Kurt Walker (1-0-0) making his second pro outing over four rounds, the opponent yet to be confirmed at the time of writing, and Royston Barney-Smith (1-0-0) walking again following his debut in March. Michael Walton (2-3-0) will be the opponent.

Queensberry Promotions have also announced today that the local authority have granted permission for the Wembley Stadium capacity to be extended by an additional four-thousand seats, the total number of seats available for the big fight now standing at 94,000, marking a record-breaking figure for a sporting event to be held at Wembley Stadium since it opened in 2006.