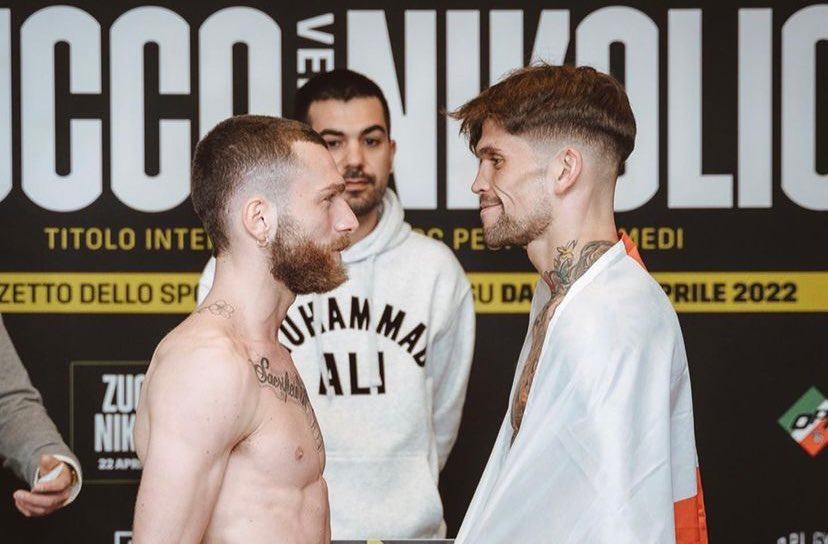 Birmingham’s Kane Baker (17-8-1) is slated to appear on a DAZN card in Piemonte, Italy tonight as he faces Francesco Grandelli (15-1-2) in a ten-round featherweight contest.Baker appears on the back of a four fight unbeaten streak, all of which have taken place in the West Midlands with the latest a draw over six rounds, and the thirty-one-year-old will be hoping to maintain the run going into Friday night’s card.

Grandelli meanwhile will also enter the ring following a draw last time out, his via split-decision across ten rounds in Rome for the European title, as the Italian looks to get another victory under his wing as he gears towards another shot at a major title.

Topping the card are super-middleweights Ivan Zucco (15-0-0) of Italy and Marko Nikolic (28-1-0) of Serbia across ten rounds in a WBC-sanctioned bout. A super-welterweight contest is also set to take place between Mirko Natalizi (11-0-0) and Rico Mueller (28-4-1), the latter having shared a ring with Britain’s Anthony Fowler in the past, as well as a featherweight bout between Mauro Forte (16-0-2), the man who drew with Grandelli for the vacant European title last time out, and Joshua Ocampo in a six-round bout.