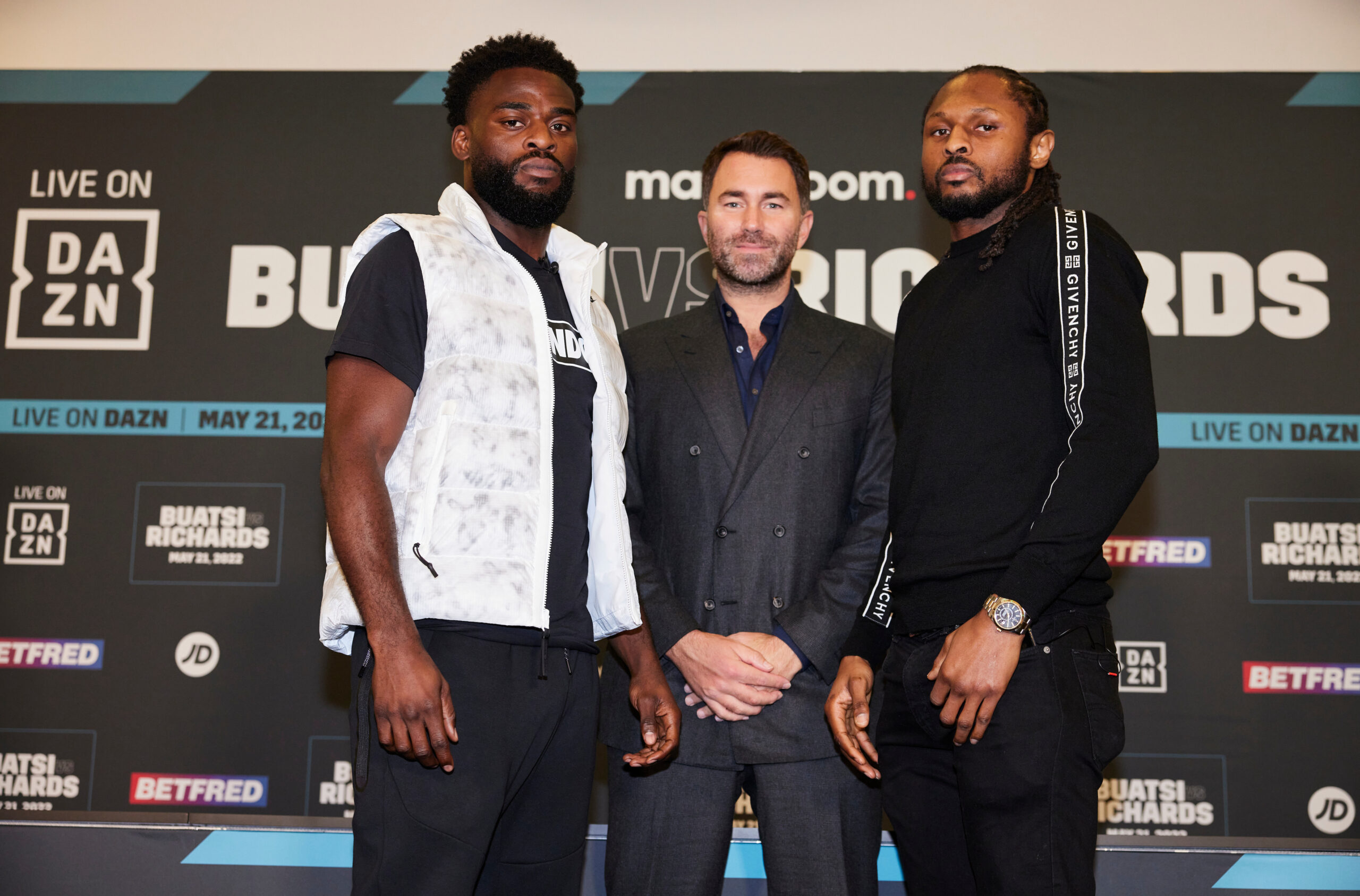 Full Buatsi-Richards undercard announced for May 21

Eddie Hearn and Matchroom Boxing have today announced the full undercard for the all-British light-heavyweight affair between Joshua Buatsi and Craig Richards at the O2 Arena on May 21st. Chantelle Cameron is already confirmed to defend her IBF and WBC 140lb titles versus Argentina’s Victoria Noelia Bustos on the card, with six more fighters confirmed on Thursday.

The always entertaining Croatian Alen ‘The Savage’ Babic is set to return, this time at the WBC’s controversial new weight division ‘bridgerweight’ against Poland’s Adam Balski respectively. Babic is undefeated so far in ten professional outings, all at heavyweight, and survived an early scare to stop David Spillmont inside six rounds last time out in December.

Robbie Davies Jr faces Javier Molina over ten rounds in a super-lightweight contest with a lesser WBA trinket on the line, the winner presumably to be awarded a spot in the governing body’s world rankings at 140lbs. Molina has previously shared a ring with Puerto Rico’s Jose Pedraza, the fight providing the third of his four professional losses via unanimous decision in 2020. Down at super-bantamweight, Ellie Scotney faces another stern test in her fifth pro fight, this time facing off with Argentina’s former bantamweight champion Maria Cecilia Roman, the latter surrendering her IBF title versus Ebanie Bridges in March. Promoter Hearn has stated that, providing Scotney secures her fifth win in May, a shot at a world title will be next.

Cruiserweight and Tokyo 2020 Olympian Cheavon Clarke is also set to make his second professional ring walk since success on his debut back in February. Light-heavyweight John Hedges and welterweight Shiloh Defreitas are also set to feature, the opponents still to be confirmed for all three at the time of writing.