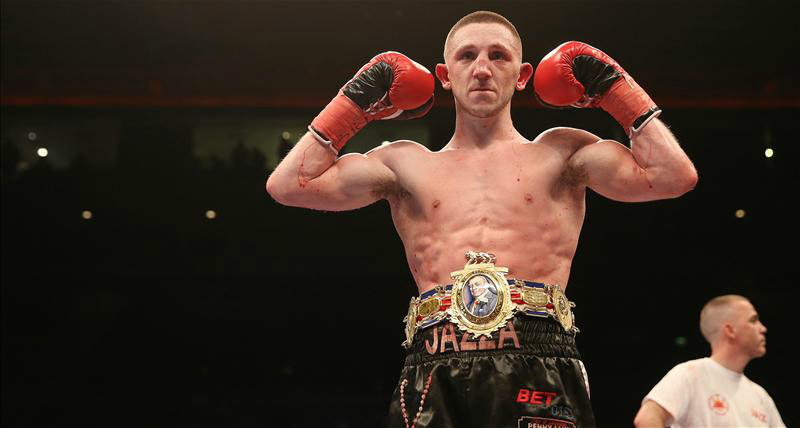 Dickens: The Wood and Warrington fights aren’t difficult to make

Liverpool’s James ‘Jazza’ Dickens is targeting a third fight with Nottingham’s WBA king Leigh Wood as he again looks to make inroads at world level. Dickens, speaking to BBTV at a Black Flash Promotions show at Greenbank Leisure Centre last week, was keen to highlight his record over Wood having beaten him once as an amateur and then again in the professional ranks. The latter came in February of 2020 in the MTK Golden Contract tournament in the featherweight division where the thirty-one-year-old Dickens won a ten-round majority decision. He then went on to overcome Ryan Walsh ten months later before he was retired in the corner versus Kid Galahad with the IBF featherweight title on the line the following August. The Liverpudlian took time with family before returning in April with a fifth-round knockout of Andoni Gago at the M&S Bank Arena.

‘The only reason you should get a shot at a world title is if you’re good enough and I know I’m good enough because I’ve beaten the current world champion and I believe I’ll beat him again. I beat him twice, once before that [the win in 2020] in the amateur days too‘.

Josh Warrington, who now holds the IBF belt after his victory over Kiko Martinez in March, was also a name mentioned by ‘Jazza’ as he looks to land a big domestic name at 126lbs in 2022. ‘Leigh Wood, Josh Warrington, they’re not hard fights to make‘.

The optimism of the Liverpool featherweight was clear for all to see as he envisages what might be coming his way in the next phase of his professional career. ‘I got more support off of that loss [versus Galahad] than I’ve had in my whole career which is strange. On the back of that I got a massive deal with Probellum, so things have never gone better since then. I know Probellum can take me to a world title and I know they wouldn’t be signing me unless they thought I’ve got a world title in me, so things are really positive. It’s normally not the case but right now I’m very optimistic based on the results I’m getting‘.