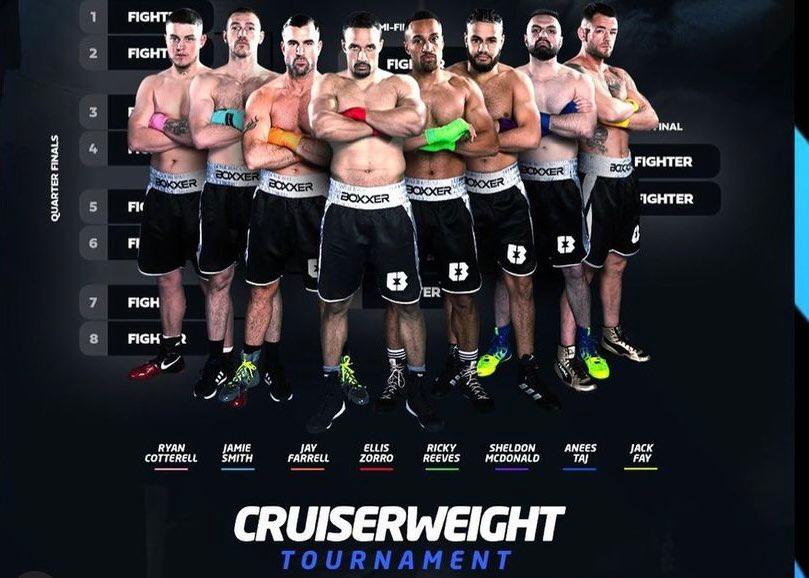 Draw made for BOXXER Series cruiserweight tournament in Manchester

The quarter-final draw for this Saturday’s cruiserweight BOXXER Series was made today, live on Sky Sports. Eight domestic cruiserweights will compete at Manchester’s Victoria Warehouse, with the winner awarded the opportunity to fight on the huge platform of Sky Sports going forward. Mikael Lawal emerged victor back in 2019 for the same tournament and is now tied down to both BOXXER and Sky Sports, already producing several highlight-reel knockouts as he develops in the professional code.

The quarter-final draw in full:

The setup has proved a remarkable success so far, with Dylan Cheema recently coming out on top in the lightweight division in Coventry in April. Competing over three, three-minute rounds, fights are fought at an enthralling pace as each man looks to come out on top in what will surely prove a career-changing night.

Tune into Sky Sports Main Event from 7:00pm UK time this Saturday for what will surely be an enthralling night of action.