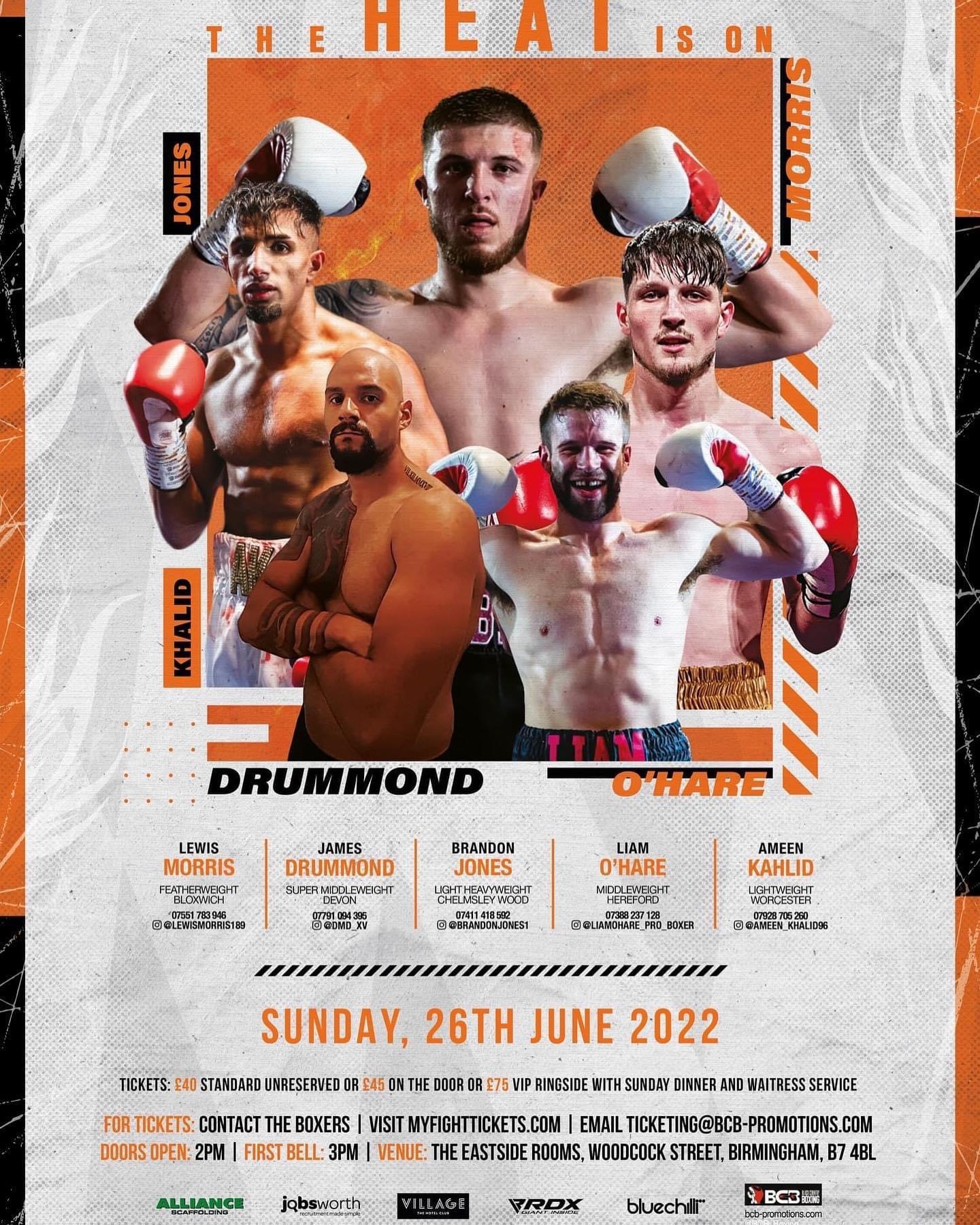 Five names are slated to feature on the night so far, including lightweight prospect Ameen Khalid (2-0-0) who made a successful debut four months ago in Birmingham before picking up a second four-round points victory a month later in Dudley. Hereford middleweight Liam O’Hare (2-0-0) will also make his third pro appearance on the show as he continues his professional development.

Light-heavyweight Brandon Jones (4-0-0, 2KOs) of Chelmsley Wood secured his fourth victory in as many outings at the end of April in Birmingham with a first-round retirement victory over Elvis Dube and will look to add a fifth on June 26th. Devon super-middleweight James Drummond is also set to appear, as well as Bloxwich featherweight Lewis Morris (3-0-0) who debuted in October of last year.