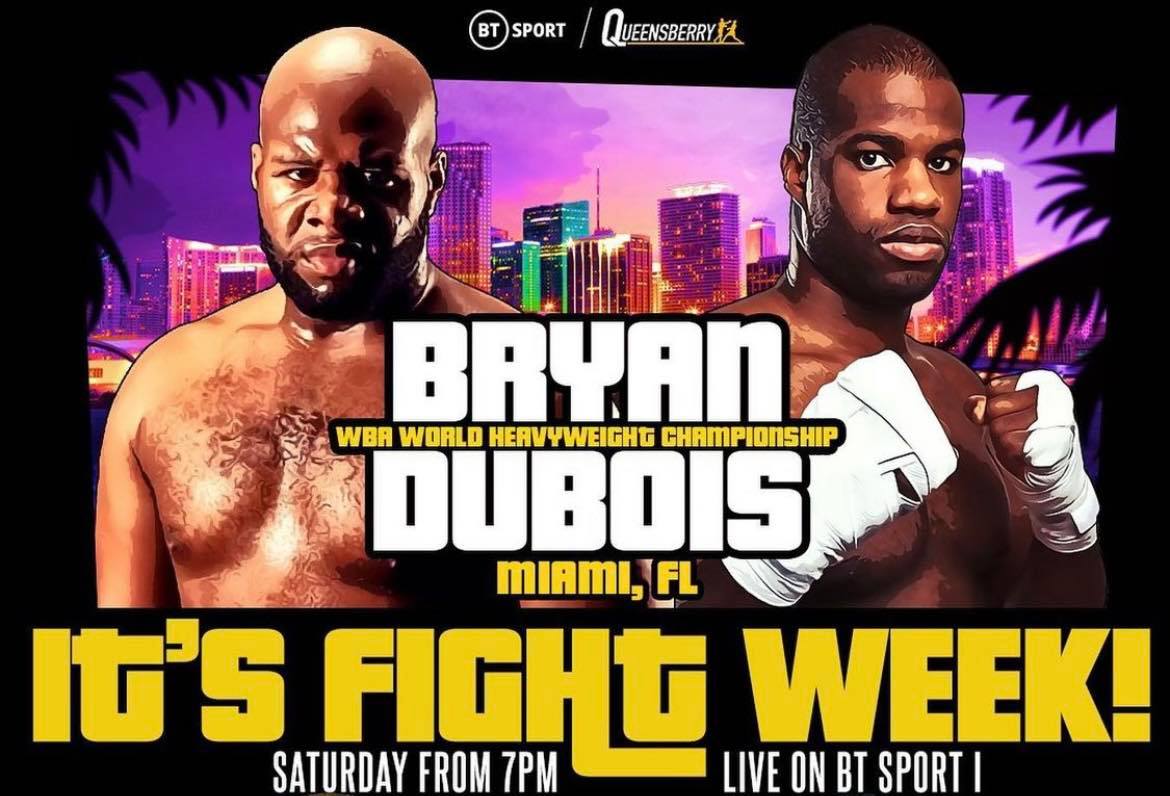 British heavyweight contender Daniel Dubois (17-1-0) will move one step closer to a shot at world honours if he can find a way America’s Trevor Bryan (22-0-0) in Florida on Saturday night, live on BT Sport in the UK. Ring-walks for the main event are expected to take place at around 11:30pm UK time in a contest for the WBA’s lesser ‘regular title’, with a more significant role being that the winner could find themselves as the next mandatory for Oleksandr Usyk‘s WBA strap.

Dubois has rebuilt well since his first professional defeat to Joe Joyce back in November of 2020, teaming up with one of the sport’s growing trainers in Shane McGuigan and putting together a run of two straight knockout victories, albeit against opponents Dubois was expected to win comfortably against. Bryan boasts an undefeated record in twenty-two fights, though his best victory arguably came against a faded Bermane Stiverne last year and most expect the Brit to come through the test with flying colours as he eyes a move to world level.

The notorious Hall of Fame promoter Don King has somehow reared his head again among the heavyweight division and secured the promotional rights for the contest with a winning purse bid earlier in the year. The now ninety-year-old King has painted an entertaining figure throughout the build-up, particularly during the fight week press conference where he rambled in a bizarre rant about nuclear war, Queen Elizabeth II and Vladimir Putin. Never a dull moment when Don King has his finger in a pie.

Coverage on BT Sport is expected to follow on immediately from the Queensberry show in Telford on Saturday, where Marc Leach seeks to defend his super-bantamweight British title versus Liam Davies.