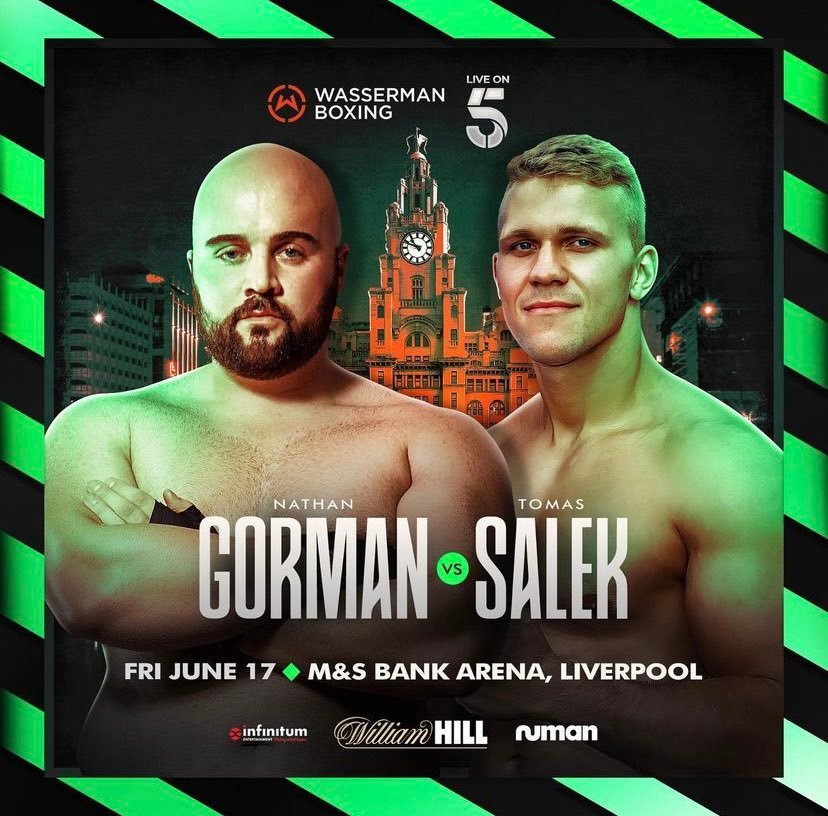 Liverpool’s M&S Bank Arena plays host to Nathan Gorman’s (18-1-0, 12KOs) heavyweight return versus Tomas Salek (17-3-0, 13KOs) on Friday night as the Brit looks to kickstart his professional career again. Gorman lost to Daniel Dubois in 2019 for the British strap and has only fought twice since, unanimously outpointing Richard Lartey in 2020 before stopping Pavel Sour inside two in March of last year. Salek meanwhile also emerged victorious over Sour in his most recent fight in March, and British fight fans might recognise the Czech Republican from his 2021 defeat to fellow Brit Kash Ali in May of 2021.

Sunderland welterweight Josh Kelly (10-1-1, 6KOs) also returns in Liverpool in a ten-round contest versus Hungary’s Peter Kramer (12-5-3, 8KOs). Kelly was all set to face-off against Xhuljo Vrenozi before the Italian pulled out of the contest just hours before the ring-walk due to complaints surrounding the weight of the Sunderland man. The bout didn’t go ahead and Kelly was added to the card this weekend as he too looks to regain some momentum at 147lbs following his first pro defeat to David Avanesyan last year.